Bumping of Topics = OK (With Caveat)

I’ve noticed there’s been a recent influx of posts getting dug up… Generally I think it’s a good thing.

As long as the response (or question) is relevant to the topic and adds value in some way then I think it’s a win.

It’s better for us to have as much info in one place as we can.

The downside of course is that topics can get long, but the software helps manage that through summaries.

Guilty. I get carried away. Feel free to slap me repeatedly.

Also thanks for spreading the word of the forums. 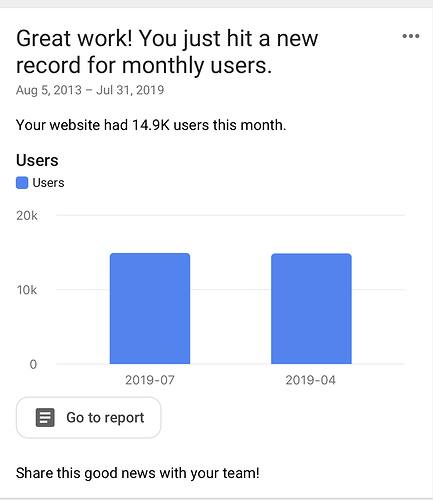 So thanks for being awesome.

From an admin point of view, I think it’s fine as long as it’s on context and not necro-posting just to troll (We have a super-low troll rate here, which is nice).

I’d rather have users searching to find old threads, then making me have to merge threads repeatedly.

So I tip my admin hat to y’all for giving me less work to do.

And on that note: who here remembers the name of the impossibly adorable kart facility in Ohio? There was a press release/announcement that showed pictures of the place and there was a collective “squee” moment due to its cuteness.

TJ said that he had been there and that it was very small and only suited to rentals. I tried to search but to no avail.

That’s a lot of eyeballs. Must be less odd on internet. Who knew. Now let’s get those folks on track.

TJ said that he had been there and that it was very small and only suited to rentals. I tried to search but to no avail.

I can’t find it either and it has me perplexed. Any more clues? @tjkoyen any recollection of a “cute” track in Ohio

It’s a little track that is short. There was something about the whole place that appeared very mom and pop. Not like Gopro. Not fancy. Almost a kid track.

Never raced in Ohio and can’t remember calling a track cute before, I think Dom is off his meds again.

Argh. I called it cute. You said it was neat but that it was too short for anything other than 4 stroke. It was somewhere in the USA that you would be not too far from. Maybe not Ohio.

Guilty. I get carried away. Feel free to slap me repeatedly.

My specialty. Not like I made a topic about one corner and ended up talking about the whole track…

See James. Not my fault. I blame new guy.