Getting Into and Talking About Sim Racing

So, I know it is not karting but I’ve seen a lot of people comment on different threads about Iracing and sim racing in general. As a person who is just getting into online sim racing, (mainly through Iracing) I wanted to get some tips for how to progress and what path to take but also hear about your craziest and most exiting sim racing moments and experiences!

This was a good laugh as you got to race with everyone in the same room - https://www.youtube.com/watch?v=HHLHuWgeb-M

Lulled everyone into a false sense of security with that race. Me and my mate dicked about before the race and didn’t have team gear like everyone else, so flew under the radar. But they didn’t know how seriously we actually took the event. haha We had an awful start with incidents and unjust penalties but my team mates absolute strategic genius meant we ended up winning

But plenty of memories from the early days of Live For Speed. The pick up and play nature of it was astounding, and still to this day unmatched. Still worth a buy. My best sim races were on that sim. Since then sims have somewhat formalised from a racing perspective, especially iRacing.

The best thing to do is just put in the hours. iRacing is a bit weird physics wise for me, so you really need to invest time. Find the world record and plug away until your within a second. That’s the best piece of advice I could give.

While I sim a lot I’m not much of a sim “racer”. I did play iracing for about 5 races then found kart kraft and have been playing that exclusively. Mostly I play in VR and really enjoy pretending it’s real. I stubbornly believe that sim driving is useful irl (that’s my excuse, sticking with it).

The thread in which we discuss world record attempt is probably my best sim “story”. You get to see the evolution of my thinking as I work my way to USA #1.
This was the first time I really worked hard to try to systematically work my way up a leaderboard. You’ll see I make a ton of assumptions along the way that are wrong etc. That’s sort of one of the things that turns me on about sim. You can make mistakes and walk away from them. You can run 1000 laps without running out of gas or needing new tires. Therefore, you can be really systematic about it if you so desire.

Also, sim racing can be a bit nerve wracking. (Multiplayer). Even in iracing, it’s a bit of a mess. It’s part of the deal, unfortunately. Everyone has to learn. I didn’t play enough to get my license upgrade in iracing, however. So I assume it gets less punty as your license level increases.

Thanks for the response, Kartkraft has seemed really interesting to me for a while and I’ve been wanting to try it out.

From my experience the Iracing races do get cleaner as you go up the license. I’m in a C right now but it still just depends on the lobby you’re in and what series it is. You also tend to get punted less if you can start at the from

I really like iracing and the diversity is amazing. You can do oval sprint cars and the like, which I doubt I’d ever get the chance to try irl.
From a “reality” standpoint it seems to me that KK is very on point. I don’t have any meaningful experience in cars, but I can say that KK, for the most part, is very much like the real thing.

Agree Live For Speed was (is?) a great blend of arcade joinability but authentic feeling physics. Many a great night spent on it.

So, got a rig going yet?
Here’s mine: 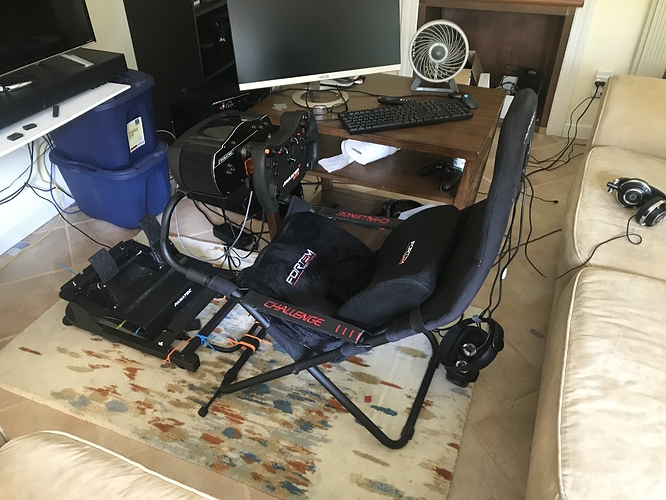 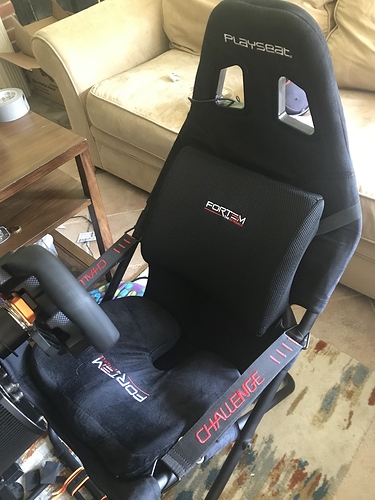 A32859F0-1ED3-4B92-9EE5-EFEA54AFDCD7.jpeg3024×4032 2.48 MB
I added a buttkicker and some comfy pillows. I zip tied the old wheelstand base to the playseat challenge. It’s a hell of a thing. The challenge seat acts like a snare drum and amplifies all the ffb/shaking. From here the plan is to get another three shakers. Now that I have one, it feels weird without it. You really need at least two but 4 ideally.

Also I love the fact that you can be a god of sim on this: 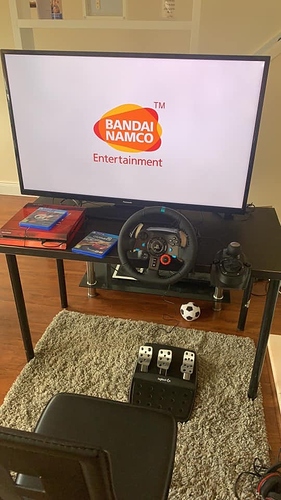 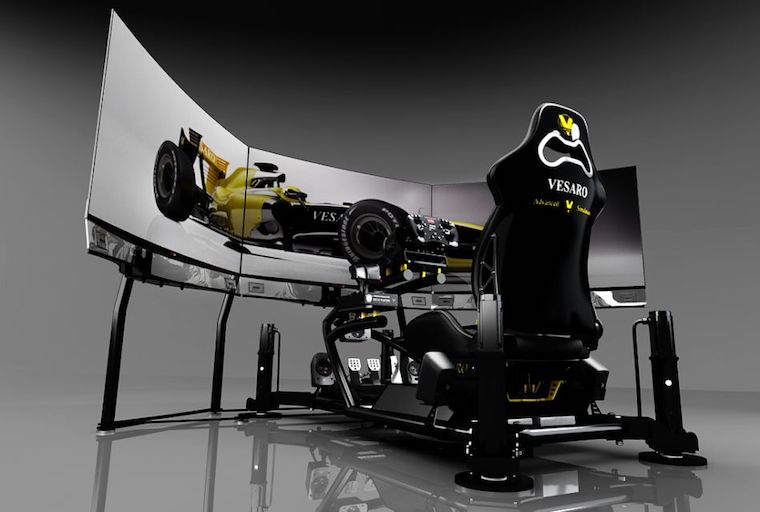 Kk is still in development so there’s not much to do other than time trials and ai races (which are hilarious). In the previous tire model, the kerbs would cause the most amusing flips. Also, the ai are selectively blind at this point. They insist on getting on the line even if you happen to be in their way. But its like 19 bucks for early access.

That being said, current tire model is great and multiplayer is coming in August. The longer you delay beginning KK the better chance I have of remaining USA #1 so don’t feel like there’s a rush or anything.

Right now I’m still using a Playseat Challenge that is being rolled in front of a really tall desk where the oldest monitor in history sits. I was finally able to convince the parents to let me have a dedicated setup in my room so I’m looking for a more sturdy cockpit and PC.

I see that you have one of the Thrustmasters on your rig, how do you like it? I’ve got a Logitech G920 and I am looking to upgrade in the near future.

Tried LFS on the big rig I work at at GTS. Compared to all the other simulators it felt the most natural. Especially with the RWD road based cars. Absolute stunned me to be honest. It felt leagues ahead. I remember meeting the developers at european meet up in 2006. I wasn’t simming back then so had no idea what on earth I was at (picking up something for my kart carb from a mate). Scawan (main dev) looked a mini eddie vedder lol

Rockingham on VR is just stunning.

It’s actually a fanatec csv 2.5 base with the mclaren gt3 wheel and the loadcell v2 pedals. I did have the thrustmaster Tx prior to this and liked it a lot. The csv is in another league and is substantially more expensive, sadly. The new high end thrustmaster that replaced mine appears to be comparable to the fanatec. I paid 700 used for base and two rims plus wheelstand. They don’t sell cheap used as they are all v good.

That being said a wheel is a wheel and some of the best in the world use the Logitech g29.
Arguably pedals make a difference…(loadcell).

Alan, whatndo they do with hat amazing rig? Is it rented out?

I coach drivers on it