This is mainly targeted towards the Midwest, but what is it going to take to get the KA100 class established at street races here? So far USAC, RIGP, SIRA, Quincy, etc has not added the engine to the line up. KT100 is still the go to class, unlike the rest of the country.

Street racers: What would it take for you to go KA100? Purchase incentive? Purse incentives? Kart numbers? KT100 buy back program?

Just curious on everyone’s thoughts. KA100 seems to be the way of the future at all of the national programs, I would think eventually there would be a trickle down affect.

I think if KA builds at the club level, there will be more demand at those kinds of events. Lots of the guys who run the street races tend to be club racers, which is why Yamaha has such staying power there.

If memory serves me correctly, it’s not like those promoters added the class, then rescinded it due to lack of entries. It just seems like the promoters didn’t think it was time to add the class, for whatever reason. If you’re really that curious, it might be better to pose that question directly to the promoters.

Really not enough of them up here yet such that it’s likely they would be able to fill a grid vs say 206 or Yamaha.

Probably at least a couple of seasons away. A lot of folks are still pretty happy with their KT’s and with others to play with, I can’t blame them.

I understand the promoters point of view. It is risky to add a class without knowing what type of numbers will be committed.

The thing is, I don’t see KT100 numbers at any club tracks anywhere near here in the Midwest, with the exception of New Castle. They tend to pop up when street races come around.

I’m more curious about what it would take for existing Yamaha owners to make the switch over. From what I have heard about the KA so far, it seems like it would be a good move for both clubs and street races. For example, IAME created a trade in program to replace Rotax’s with X30’s a while back. Would the same be appealing to Yamaha owners?

The thing is, I don’t see KT100 numbers at any club tracks anywhere near here in the Midwest, with the exception of New Castle.

Badger\Dousman and RA come to mind, CHMS too. Not huge grids, but they are out there.

Here’s the KA100’s from G&J Kartway earlier this month, 4 whole karts! I was excited to see them though 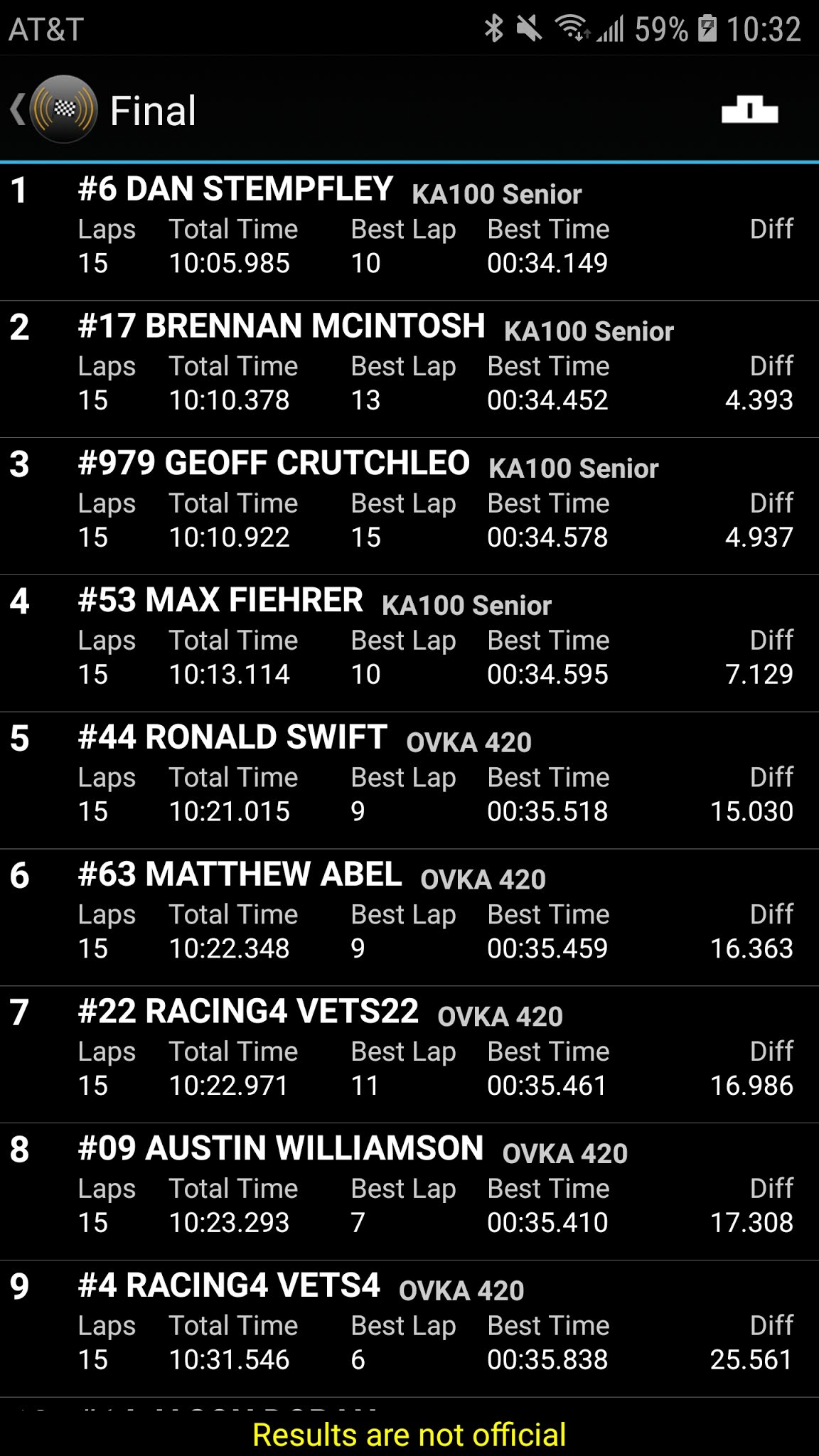 Well the Rt66/USPKS/Man Cup crowd for the most part have never street raced, the crossover just isn’t there. So “national” trickle down is a moot point.

The KT100, whether pipe or can, has been the back bone of street racing since the beginning. As long as Quincy, Indy, Elkhart, and Rock Island can pull 15-20 entries in each weight class (accounting for 60-70 overall entries) they won’t be adding KA100 anytime soon. Is the tipping point coming? Maybe…it’ll be interesting to see the numbers at Elkhart and Rock Island. Maybe not since you can now get great proven can engine for half of what they were going for not too long ago.

The only way I’d ditch my Yamaha for KA100 is if Rt66/USPKS/Man Cup added a masters class and there was a purchase incentive. No one is club racing Yamaha, except at the above tracks, because we all have 206’s also.

My utopian world, rather than having KA100, we’d have a 100cc class similar to what’s being trialled in Cali. KT, KA, VLR and perhaps even the X100AC mixed together in one grid.

I think that’s more appropriate at regional level, provided each of the motors have a stable rule package and “reasonable” parity can be made.

It’s kinda moot right now considering the numbers of 100cc in general though.

Thanks all. @MSchu1 I’m seeing exactly what you stated as well.
I would hate to buy a Yamaha only to see everyone switch to KA soon. So I guess I’m trying to find where the tipping point is right now

KT-100 isn’t going anywhere locally. Too many of them in garages on shelves. I just got two getting built right now to add to the two Sportmans I have here. SIRA Sr. Can is running strong at 10+ every race and the big street races pull them in, too.

I know KA100 will be a topic of conversation at the SIRA rules meeting in November. I would buy one if they had a class to run at the big tracks, but I wouldn’t run it every race. That’s what my 206 is for. I doubt SIRA will add it, unless they can combine it with Can and make it a competitive weight break. If you have any info on what it would take, please let me know so it can be added to the discussion when it happens.

I personally would love to bigger 2 cycle classes on the streets.

Keep in mind that most street races like Rock Island are one-off events. A decision needs to be made in about January as to what classes to offer. So with new products, the “tipping point” had to be achieved the year before. We generally don’t add classes hoping people might buy engines and enter later.