NFT is not art per se, but yeah they want to see digital good directly instead of a license. They still plan on selling unique assets of the game as NFTs (the winning car of an esport competition for example) 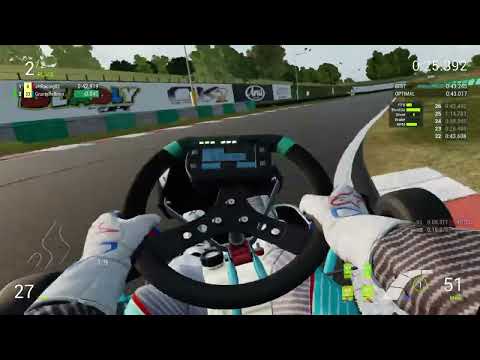 In my usual place, again, next to Zycos on the board. Not too bad a grind this time and I can go faster. Optimal has been in the .7s since yesterday so my .8X goal is too conservative. But, I might as well go tromp around somewhere else for a bit.

If you look carefully, I had a cute launch into 1, as my rear got rotated by the outside curb at turn in, which felt very cool. It’s not the fastest T1, but it has style points.

It’s a good lap but it is flawed and I can see where. But, I am happy. Here’s the LB. Korzzza’s lap is pretty darn fast. 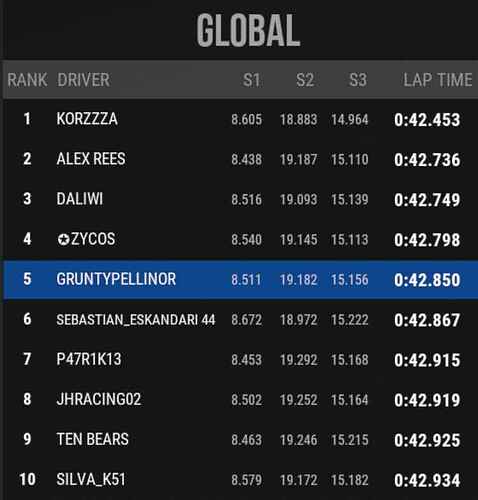 GPU back in stock, NVDIA says… 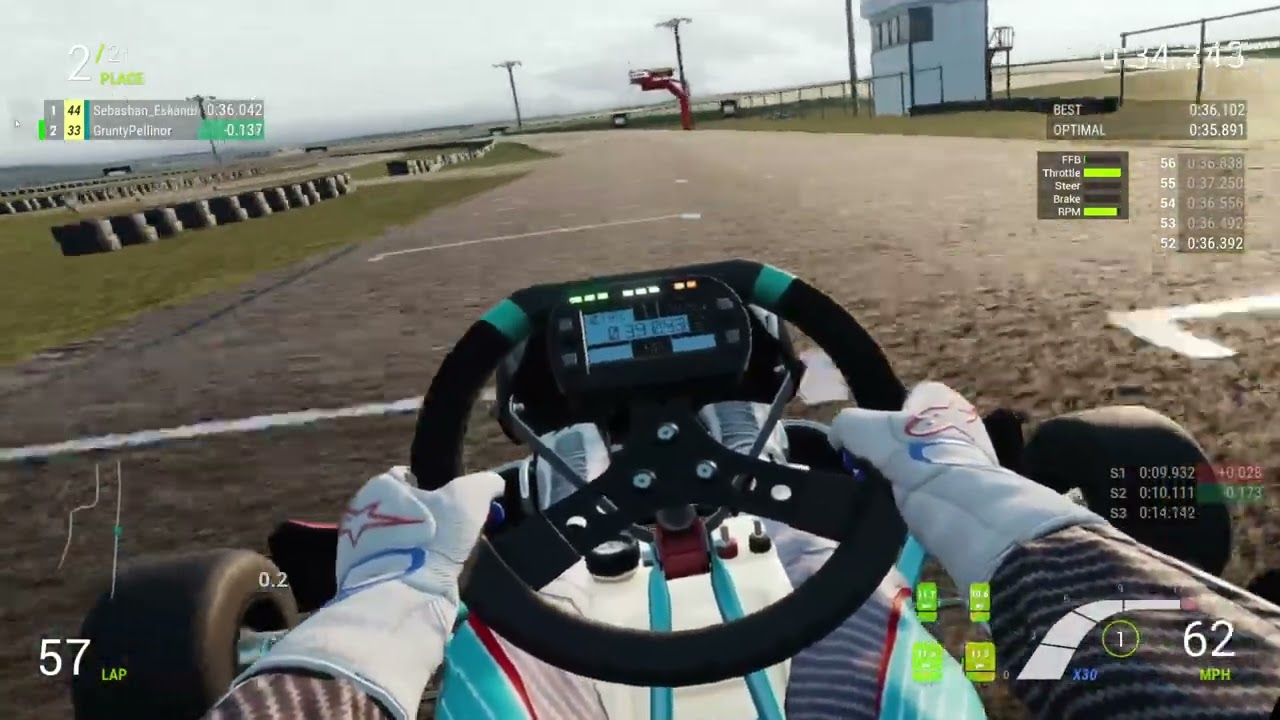 For the past 4 days I have been revisiting the track where I held my only GLB 1 time, NTK. I recalled that it had a maddening final sector and I wanted to see if I could be quick on the updated track. Since I last drove here, they have added kerbing, which really changes things. Thus, the leaderboard wipe.

What surprised me this time round is how quickly I was able to get to a quick lap. I just feel like I came at the task with more skills, experience, everything, and it was easier. The oval racing I have done, for example, taught me a lot about what’s fast in a long turn, how to use grip. This was very helpful here in S1, for example. 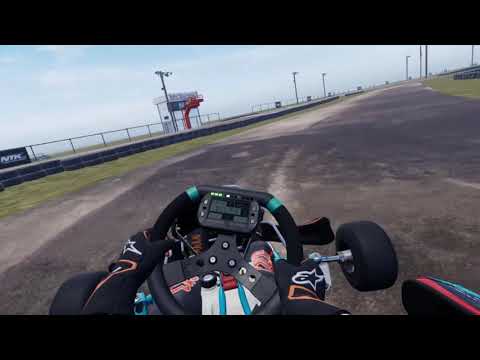 Anyways, without belaboring it, I feel like I have improved pretty dramatically over the past 2 years, since I last set the track record. I feel faster to fast, more comfortable, more capable. It feels nice.

One last thing. I was about to quit and said to myself, “I could just do it right here if I wanted to and if I allowed it, it could happen.” So I accepted that idea and went at it. I made a mistake in S1 of the first lap and then did it on the 2nd try. It was deliberate. Its so weird how you can do that if you trick your brain into accepting a thing. Oh, and I was .001 slower than my optimal. 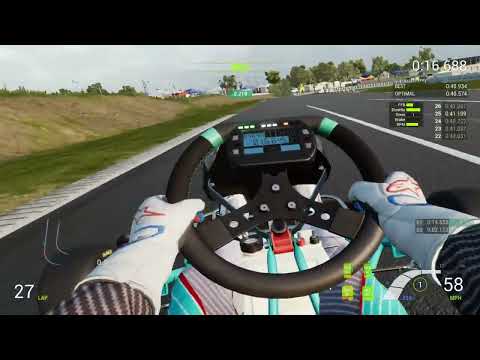 Here’s a lap from a recent diversion; revisiting GKCV Reverse. This is my favorite reverse layout. It’s magical and fiendishly technical, while requiring instinct and feel. This is due to many sections that are “blind”. You have to mentally peer around turns, as the track wasn’t meant to be run the wrong way: it has big elevation changes while having directional changes which compromises the sight-lines.

At first it feels alien, written in a foreign language, zigging where you expect it to zag. But, once you shake your ingrained expectations from all the non-reverse laps, and the line starts coming alive, it really sucks you in. I really enjoy the the speed and flow of this layout and find it to be a hidden gem in KK.

It’s race day for those of us in the melons 24hr race. We teamed up with Penguin Racing so each of us didn’t have to drive 8 hrs 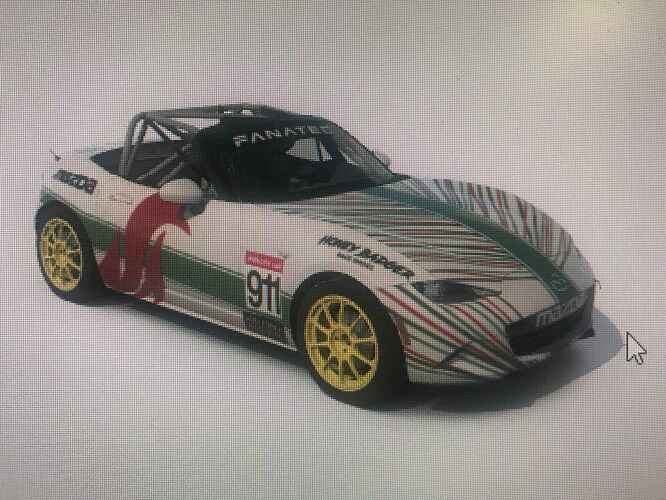 Good luck and have fun!

Well we finished. Had a few incidents early, but after the first few hours, we really kept our noses clean. Not the best pace but we finished 12 of of 23 Miatas. And I think 19 out of 43 overall. Lots of really good Jetta drivers.

Nice work. Was it enjoyable or stressful?

I had fun. I’d say about 10% of the field were causing 90% of the problems. They had to boot one team and gave a few more drive through penalties to others. We had one warning (that I disagree with) but overall good experience.

We had some damage (maybe aero?) that was definitely holding the car back, but we might have also stumbled across some setup things later in the race. We played with tire pressures for my second stint and got some feedback with temperatures that might be a clue. I noticed that the car would turn right fantastic, but I would get killed in the lefts.

Overall, the team did really good, especially considering the ir of the drivers in front of us.

Sounds like a good time was had. Congrats on the result!!!

Car for sure lost some top end straight line speed on my third stint. I made too many mistake in the beginning try to push bit for a better lap time.

24 h race just amazing, the guy broke his engine in the last half hour of the race still crack me up.

r/simracing - I recently switched from controller to steering wheel and I can't... 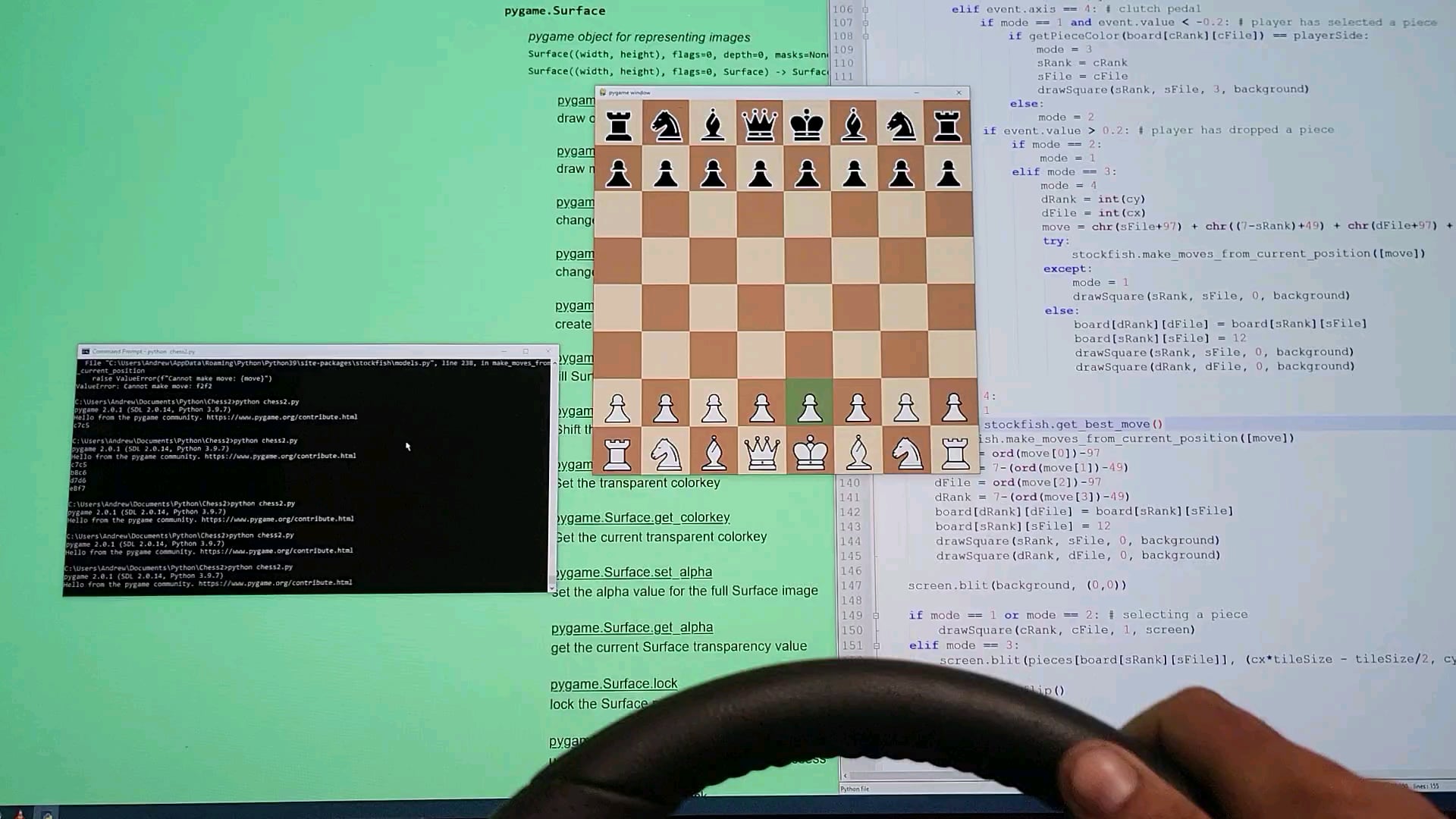 This is kind of an interesting argument that makes me think that sim-racers and non-sim have a slightly different opinion as to corner priority: 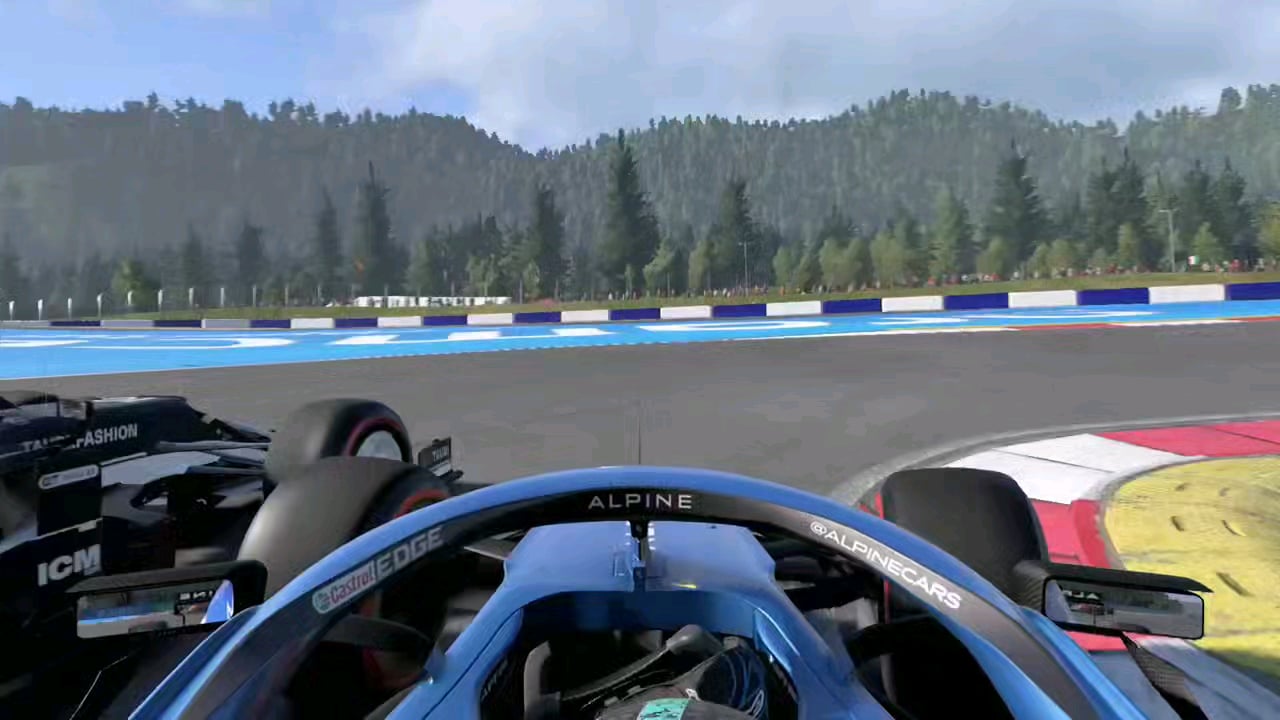 Guys is asking what folks think of pass. Majority of responders think he doesn’t have a right to go for the pass and that the driver ahead is “entitled” to the corner.

This appears to be the flip side of the popular sim message board Senna quote “when you no longer go for the gap you are no longer a racer”.

Anyways, the send looks ok to me, seems standard. Is it just me or is the messaging in iracing a bit confusing about racing? What’s this about corner entitlement? I see no foul play here, no physical pushing or running him off track wide.

My general experience on track has been that if you leave a big open door, someone will try to go through. If they are controlled, like this one was (stayed tight to apex, no bleed), it’s all good.

What’s you opinion on this pass? Personally I find it ineffective and would have preferred to see him take the guy on exit with a better run down straight. Here he loses pace. But, he does get by and we don’t know what was behind so we can’t assume that he subsequently got steamrolled by faster cars behind.

That subreddit is a complete shitshow of a bunch of people who have never raced in their life and base all their decisions on buzzwords they hear from F1 commentary and stewards. If we raced like the majority of users on that sub, side-by-side racing would cease to exist and we would be all doing rally-style time trials. Or we’d all be divebombing each other off the road and “claiming the apex”. People love to police other people and show off their non-existent “expertise” on Reddit.

Literally zero wrong with the overtake. It was a lunge but he gave space and made the apex, the outside driver saw it coming and made space, and no one went off-track and no contact was made. Outside driver can be a little annoyed at the late move, but he should mostly be upset with himself for leaving a gap.

There’s no penalty in any racing series for too aggressive or too late of an overtake. The only penalty to curb bad overtakes would be “avoidable contact”. Since there was no contact, that penalty doesn’t apply.

That’s how I feel, too. I mean if I never went for the open door, I’d be the nicest guy in last place.

Anyways, this thread is a pretty good example of why iracing can be so weird and crashy. It would appear that there are a variety of competing philosophies as to what is accepted practice. These philosophies don’t play well together in the heat of battle.

My headset went nuts on me yesterday so I had to order a new one. These are usually $599.

This is an excellent headset for sim racing. For games that use the controllers, I’d recommend the kind that uses base stations.

I am using my older Lenovo for now and boy that thing is light and good.

iRacing is working on getting OpenXR supported nativity. This takes the SteamVR middleman out of the picture and will free up a lot of resources. I’m using the open composite mod right now and it’s definitely less buggy than steam.