It’s amazing. I was wasting so much in both inputs and feedback to rig movement. It just got easier.

This is why a good rig matters. Much as I enjoyed the playseat and all of its charms, the rigidity of the 80/20 aluminum does indeed translate into better feedback. Also it looks very cool.

I mostly play 8 or 16-bit games because of the sickness. I can handle some 3d, but it has to be on the switch in handheld mode and that can be a gamble sometimes. The small screen helps a little.

Have you tried fast refresh rates?

I’m pretty sure with how VR let’s me drive sim it’s due to my depth perception issues from having a stroke when I was born.

That could be a special case, then.

I’m finding now that I’m needing to up the brake pedal force and preload. Maybe I will need the BPK.

Tanguy advocates a really long throw that requires a big push to lock, saying that it goves him more range for modulation.

I tried it but really couldn’t make it work. But, I am not a leg guy and have toothpicks. For me, 60 brakeforce on the fanatec panel feels good. Its a nod to Tanguy in that I normally ran at 50 as compared to his 80.

Brake performance kit. The harder elastomers. I turned up the preload and made an angle adjustment to the whole pedal deck. I’ll see tomorrow how I like that. I was blowing straight through to ABS in the races I did tonight and It wasn’t something I normally did with the old rig.

Ah. I messed with that too. Took the foam spacer out and put all the hard ones in.

Switched up my seat mount to get it leaned back a bit more. I’m using a bottom mount seat And they aren’t as easy to mount. Saw on Reddit that a set of side mount brackets flipped upside down make it quick and easy.
First attempt: 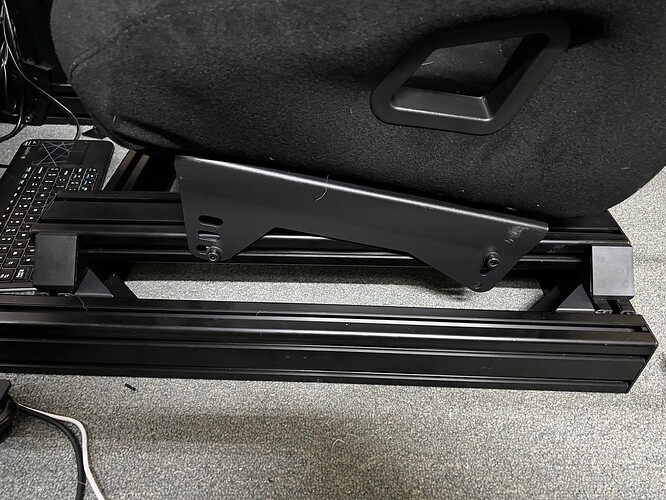 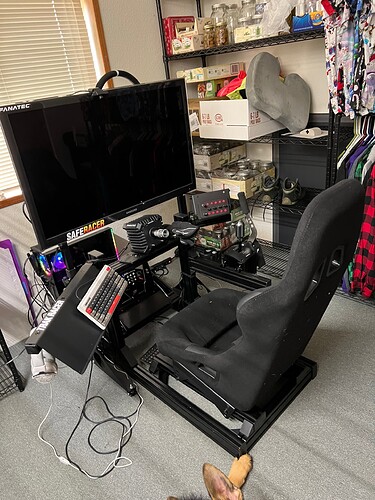 Better? The seats can be annoying. Pretty happy with my car seat. Sits at a nice angle on the slider and has reclinable back.

A lot better. I like my seats tilted back a bit anyway, but it was managing to hit the screws in my knee just right and that was a bit uncomfortable.

I actually wear knee pads because of knees hitting the rig. Kind of annoying.

Dusted some things off. Not gonna lie most of the time was spent installing Grand Prix Legends vs driving. 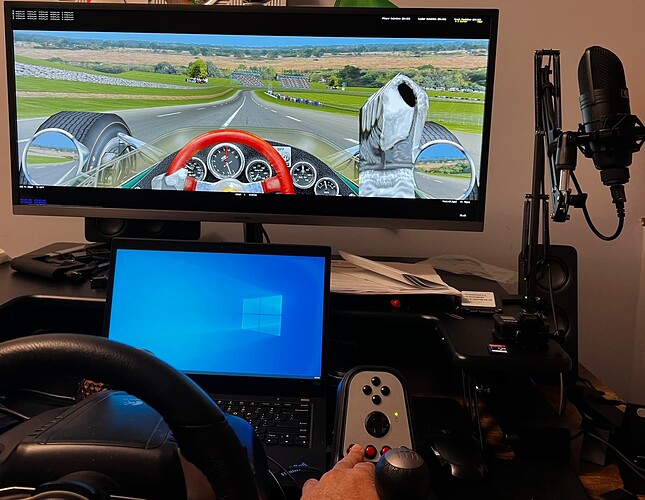 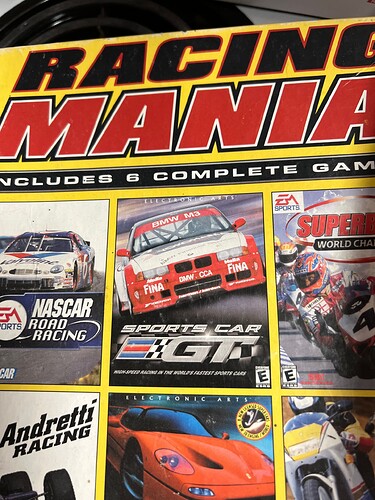 I found my copy of Sports Car GT the other day.

Just about. 1999. Definitely wore out my keyboard with that one.

Sports Car GT is a 1999 racing sim game based on GT racing. It was published by Electronic Arts (EA) and developed by Image Space Incorporated for Microsoft Windows, and Point of View for PlayStation. Both editions of the game feature co-development by Westwood Studios. The PC version received "favorable" reviews, while the PlayStation version received "mixed" reviews. It features a range of cars including from BMW, McLaren, Porsche, Panoz, Vector, Mosler, Callaway, Lister and Saleen. On PC if ...

It was an early step toward rFactor. Tons of mods. I had a Logitech Formula Force GP wheel. 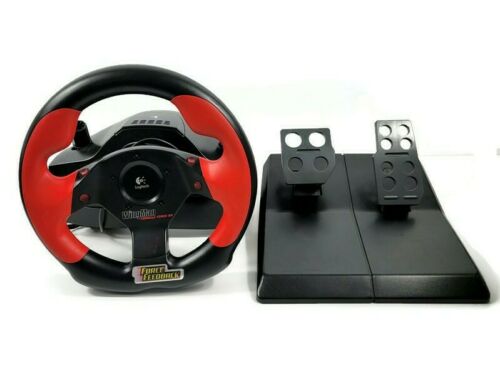 Whoa! Imagine a DD with those thumb locks!

Mom, I broke my thumbs! I hit the wall at Monza.

The GT3/Formula wheels are scary enough!

Anyone ever use one of these? It had a rubber band for centering and analog paddles for gas/brake. I played a rally game for hours at a friends house on it when I was 11-12. 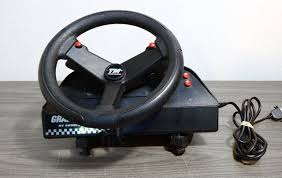