I’m not in Vegas and I don’t care to try KK anymore haha. I haven’t touched my sim in probably 3 months.

I’ve driven on really high level rigs before. Haven’t really tried motion, but if you need a motion rig to properly simulate a kart or racecar, I’d rather just buy a real racecar.

I wanted to try one of the new DD wheels, but I have so much more other stuff that would be a better investment at the moment.

Ah ok. Well if anyone is at nats, let us know how it feels.

but if you need a motion rig to properly simulate a kart or racecar, I’d rather just buy a real racecar.

Well you could do both and have the best of both worlds. Now to find the money. 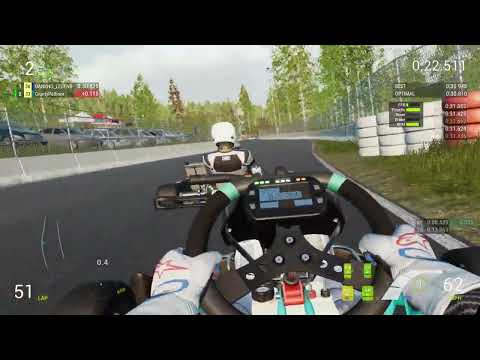 Happy Turkey Day to my fellow Americans. Hope you all ate well and got to watch something on TV (or go karting).

I re-upped iRacing and bought the Porsche electric GT car, the Mission R, I believe its called. 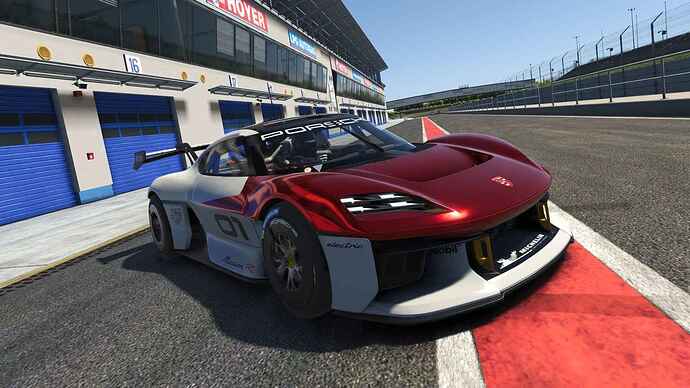 It’s interesting. I was throwing it around Road Atlanta and it is quick. But, it’s a car, heavier, so a whole lot less responsive than the x30 kart. Back to the big, long, slow energy cycle for a car. Back to learning iBraking again, lol.

So, I fired back up KK and put down some laps after a bit and landed this one. 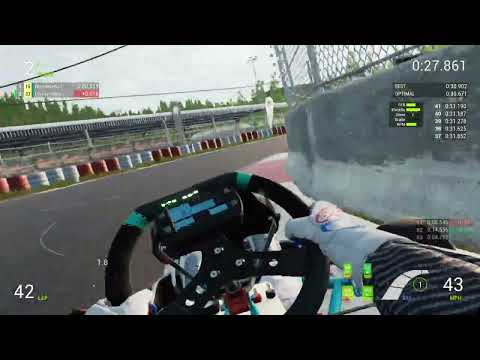 I much prefer how KK feels as a sim; the way the kart behaves and talks to you, relatively speaking. iRacing, once again, felt kind of odd to me, so it will require a concerted effort to readjust. I believe I shall go back to USF or maybe futz around with some downforce cars.

But, for now, back to grinding stasis on my warlock in Destiny.

This is pretty interesting 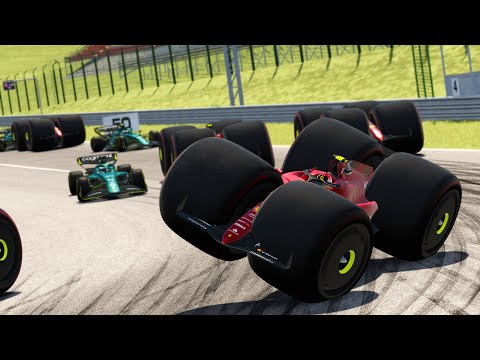 What happens when you put big tires on an f1 car?
It’s kind of hard to see…

General question for other sim enthusiasts…

Does iracing have cars that feel heavy and overly gripped? Feels to me like the back end is overly gripped and the car doesn’t want to rotate. I feel like I kind of have to force everything.

Turning is fine until you have to turn a lot at slower speed. Again it feels like there’s no way to force the car, no understeer/oversteer.

Is it just me not liking the way iracing feels or is it just the difference between a light kart vs a heavy car.

I feel like the GT cars fit your description, but for me the formula cars (USF2000, IR-04, GP3) are plenty lively and fun to drive.

Yeah it was mainly the GT e-porsche. The USF2000 feels better.

The Mission R is a heavy feeling car for sure

So maybe not just me, then. I wonder why downforce makes the car feel more agile in sim. You’d think the mostly mechanical grip cars would be looser and free, but they really aren’t. It feels like the physical weight of the car slows it all down and makes it feel stuck.

Well the Mission R weighs almost 3x what the USF2000 does. And it’s AWD. So yeah, it’s going to feel like a chonky understeery boi in comparison to a lightweight open-wheeler. And GT3 cars have TC and a good chunk of downforce in addition to the weight. The formula cars feel agile at speed because they build downforce and start to make corners feel impossibly fast compared to a traditional car that doesn’t have wings. In a real-life situation, the downforce cars might feel heavier too if you could get the sensation of the G forces.

Certainly the Miata doesn’t feel stuck in the rear. You can dance the rear around at will. Same with the Vee or Skippy.

That’s good to know. I’ve had the same issue since forza… all non-downforce cars feel like blocky, lumbering pigs. it’s a bit like the input takes some time for the mass of the car to awaken to the ask. When it does, it is not snappy, it feels more like turning a barge than something on wheels.

Maybe iracing is my KartKraft in TJ terms/experience. I did ok though, previously, in my usf 2000 marathon, so maybe I just need to accept it and get accustomed.

While I don’t get understeer really in Kk, I really don’t feel any under/oversteer in iracing. It just feels like nothing.

I also bought the mclaren class A gt car and it’s a bit better than the mission R but I still gave up on it.

I’ll jump in the vee and see what happens.

Does anyone use the built in shaker support for iracing? It is found in options under “LFE”.

I have heard it’s good but I’m not feeling anything (and yes it is being output to sound card for shakers).

all non-downforce cars feel like blocky, lumbering pigs. it’s a bit like the input takes some time for the mass of the car to awaken to the ask. When it does, it is not snappy, it feels more like turning a barge than something on wheels.

The energy in a lumbering pig behaves like it has much more viscosity than a skinny little formula car, so there’s no way you are going to get the same response/feel. But it can still be fun to learn to create energy cycles that optimize the slow to start/stop, but strong when in motion, high viscosity energy. For perspective, maybe grab one of the free NASCAR cars on a road coarse and your definition of ‘lumbering’ may change again.

I’ll jump in the vee and see what happens.

You’ll fall asleep on the straights!

It’s all I use. The Dev takes advantage of telemetry that iRacing doesn’t allow to be output outside the sim.

My wheel slip from simhub is waaaaay too noisy on oval. Since you are almost constantly turning and in slip angle to some extent, it overwhelms everything.

What settings are you using?