I have a compkart covert 3.0 with the classic M6 Nassau. I am looking at getting the M7.

Could I fit a Tony Kart one on mine? They are both manufactured by OTK so I would assume the mounting positions would be the same?

I was under the impression that Compkart was a Birel\Freeline chassis?

If it’s the hot dog bun, Justin White was running that last I saw and he’s a compkart guy.

I was under the impression that Compkart was a Birel\Freeline chassis?

It is. They run Freeline pods and OTK front bodywork though.

Mounting positions should be the same, I can’t remember if you need a different bracket or not though.

IIRC the M7 front bracket is a little bit longer than the M6. But you could get away with a spacer and a longer bolt if you didn’t want to buy another bracket.

I’ve seen guys at our track running the Compkart with the M7 on them. In fact, I think most of the Compkart guys I’ve seen in my area are running it.

Here’s a pic from Karting Depot.com. The biggest issue I see with these, is that most of them I have seen mounted has a gap between the front spoiler and the driver panel. I would think this would be partially counter productive to the purpose of the panel. 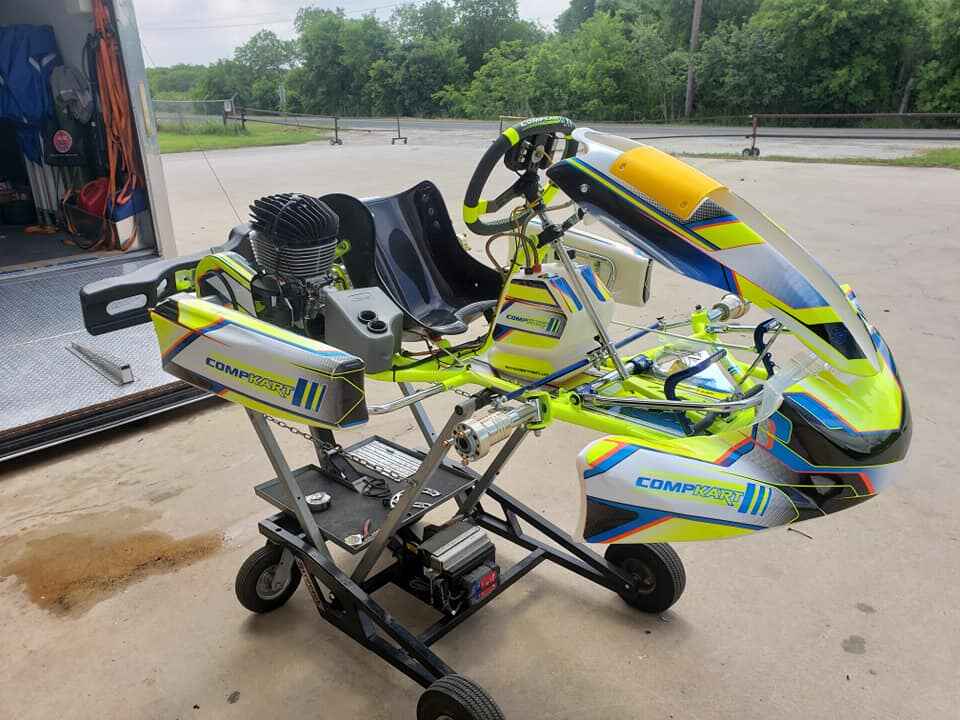 That effect of that gap is negligible. The whole purpose of the M7 is to funnel air through the tunnel and kick it over your head. Whatever air doesn’t make it into the tunnel just gets spilled out the sides and “hopefully” around your shoulders. The gap really won’t see enough air to be noticeable. It’ll just create a little bit of turbulent air that’ll get picked up by the air going around the panel once it gets you.

Honestly, I think the effect of the tunnel might be very minimal as well, since the “funnel” to the tunnel is very sharp and doesn’t look as though there is much to “push” the air into there. Also, when I see Brandon Lemke make the charge to the front at the SuperNats with his driver panel hanging off the side, makes me think that any driver panel works just as good as the next. Of course, I could be wrong, but just what I’ve seen.

I completely agree. I don’t think it really does anything noticeable or measurable. But if some part is said to gain you a tenth or two many people will run it.

Years ago I was running 125 shifter at a 24 hour event on a big track. We were a little over 120 on the front straight. The guys kart had the fairing at just the wrong angle that it would pack air under my helmet. I had to drive down the front straight with one hand holding chin of helmet down. Depending on the track I think it can help. On most sprint tracks I would not expect measurable difference

I do think a driver panel installed right does have effect on something like that, but to your point, there might be more effect on road courses or very long straights.

So if anyone is buying the M7 aftermarket, it’s just because they want to do what the next guy is doing, or because he was told it was faster. Glad you were able to provide this insight, it’s very good to know when someone has actually done back to back testing and not (or has) seen a difference.

I think this drives a lot of purchases and tuning decisions in the sport honestly and it drives me a bit nuts.

To an extent it hurts the sport because it creates a perception that you MUST have xyz to be upfront. Xyz being a team, wheel material, bodywork, frame color, engine builder sticker etc etc.

Yeah, I think the M7 might do something at higher speed tracks or in a faster class, but running on your own on most sprint tracks, the difference looks to be negligible. It won’t be the difference between winning or losing a race.

Pretty much what I said in the last thread on this. Karts are bricks pushing air, & if there’s a practical difference with this bodywork, it will be found at higher speeds seen in RR, not sprints.

I was just looking at mine and you can actually adjust that gap, for some reason it’s all the way up by default. Mine had about 6 slots to move it further down.

I’am pretty sure it could be adjusted down, just don’t know why others don’t do it. 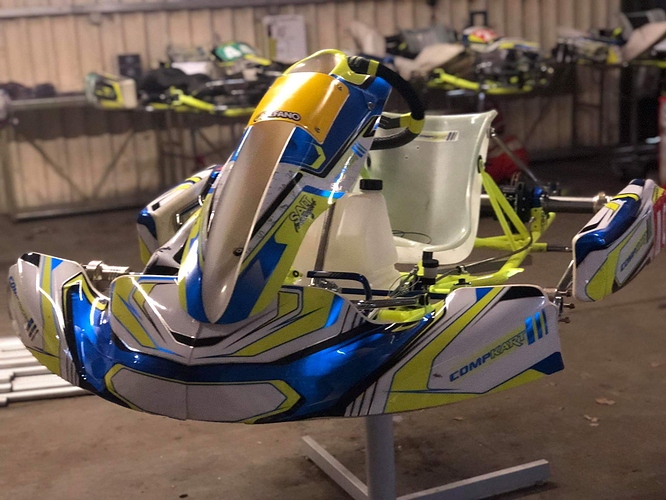