Would appreciate some thoughts on this. See if I’ve missed anything obvious in my analysis. (engines prices for the old 100s did include carb + exhaust. if forgot to mention.) 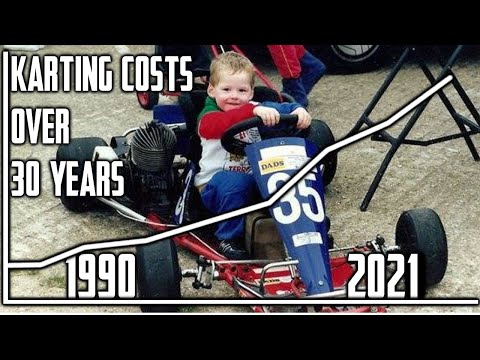 Pinned globally for a week.

Fair play for taking the time to do the research on this. Haven’t had a chance to fully digest yet. I remeber when I ran some numbers for KT100 engines in the 70’s VS now (In the US) new costs were only about 20% more after inflation.

Well this is the thing. I am guessing a KT100 in the 70s and 80s is pretty much the same, whereas even something like a BT82 has multiple additions now (i.e TAG). And obviously Rotax MAX has a ton more components than a TSV. What IS interesting and I failed to mention. The oild engine prices would have factored in performance based development cost too, which you don’t really get with modern engines. I wonder if that’s a deflationary factor with modern engines, or they just don’t pass on the savings to customers haha

Some of the bulk of the increase comes from the additional components on karts mandated by governing bodies (pods, chain guards) also better brakes and so on.

However, I think it shows the base cost of new stuff has risen.

Good point, we’ve attached a lot more stuff to engines and chassis in the meantime. Time for a detox? I do like the resurgence of 100cc aircooled like the KA100, VLR etc. Best of both worlds, simplicity with modern manufacturing tolerances.

They are positive trends, though I would have preferred direct drive options. I think the reduction in price combined with cross-promotion of OK (which is also DD) could have worked.

We can’t move much on the chassis front due to regulatory constraints. Which really is a shame. If adults don’t mind racing naked, I think that option should be there. Oddly enough in the UK it’s allowed in 250 National. It’s not like precedent doesn’t exist.

True, the amount of stuff that has to be bolted on is greater than before. Some savings to be had by sticking to aluminum components and wheels vs mag. Ditching camber/caster pills. I’ve seen chassis intended for the 206 class in the US be done like this.

It would be interesting to see the difference in a naked chassis for both time periods. I would agree that the cost should be somewhat less now, due to CNC tube bender / cutters to aid in manufacturing. I’m not sure if larger manufacturers are using robotic welding, but that could also cut costs.

. I’m not sure if larger manufacturers are using robotic welding,

OTK and Tinnini group are I think. Probably others too.

I’d have to imagine the upfront cost is pretty heafty though?