Year 2014 my son wanted to build wooden gokart, but it did not go nowere.
So I bought old soviet rolling frame and installed ebay 1kw electric motor with controller onto it.
Also took 4pcs of 40Ah old UPS batterys and this was my first kart, capable of doing 30km/h and could be run for 1h, then had to be charged.
When I bought it. 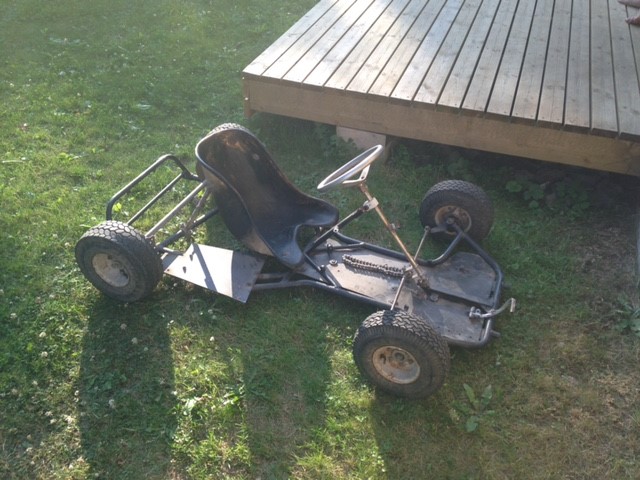 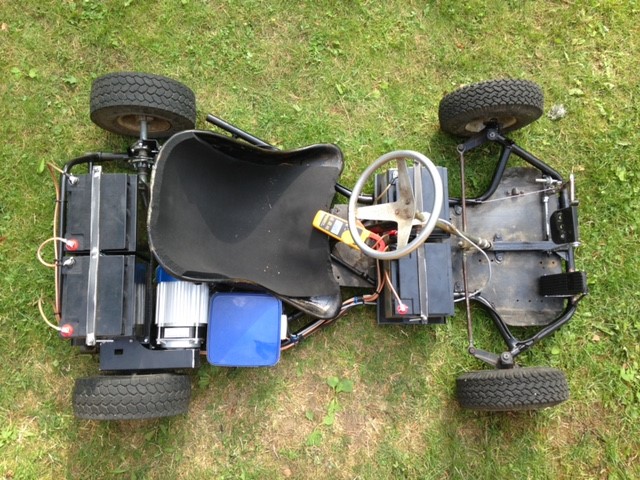 After that there was will to do faster and better one and I bought a used Tony rolling frame (that was in 2014 october). And started to search electric components. Was a rookie then and bought myself Golden Motor 10kw aircooled mootor + their 10kw bldc controller. Batterys choosed 16pcs of LiFePo4 60Ah winston cells. It took the whole winter to install it and finised in march 2015. And it looked like this: 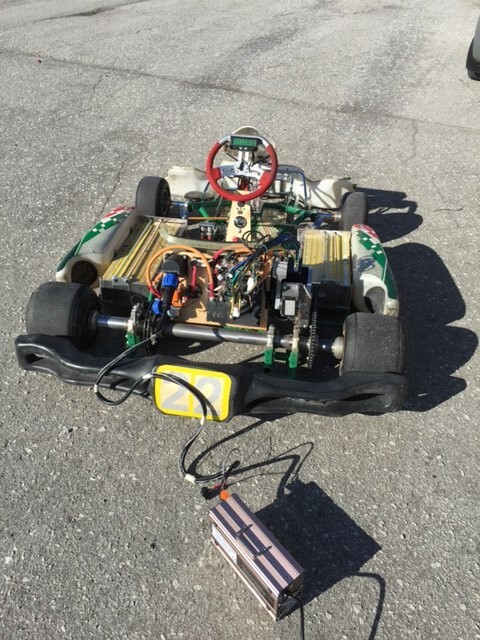 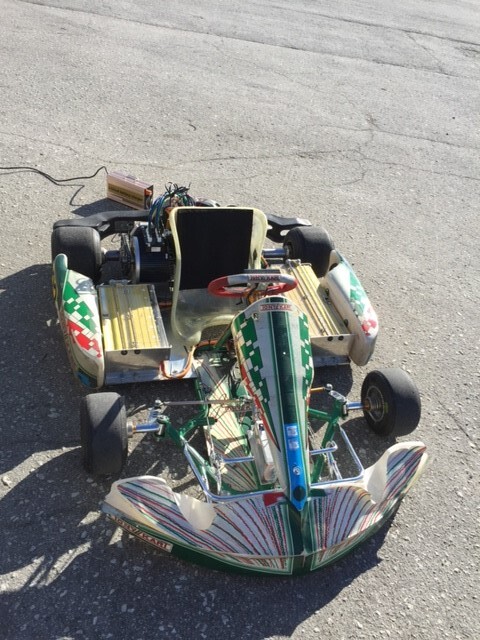 TonyFront.jpg480×640 109 KB
After that I just could not stop myself anymore and it all evolved to 60kw kart, capable of doing 0-60mph in 2,6seconds and in kart track ~2s slower in track than professional rotax max of dd2. In hobby events with 20 karts in the track all 125cc I finished in 5th place usually after 10 laps. 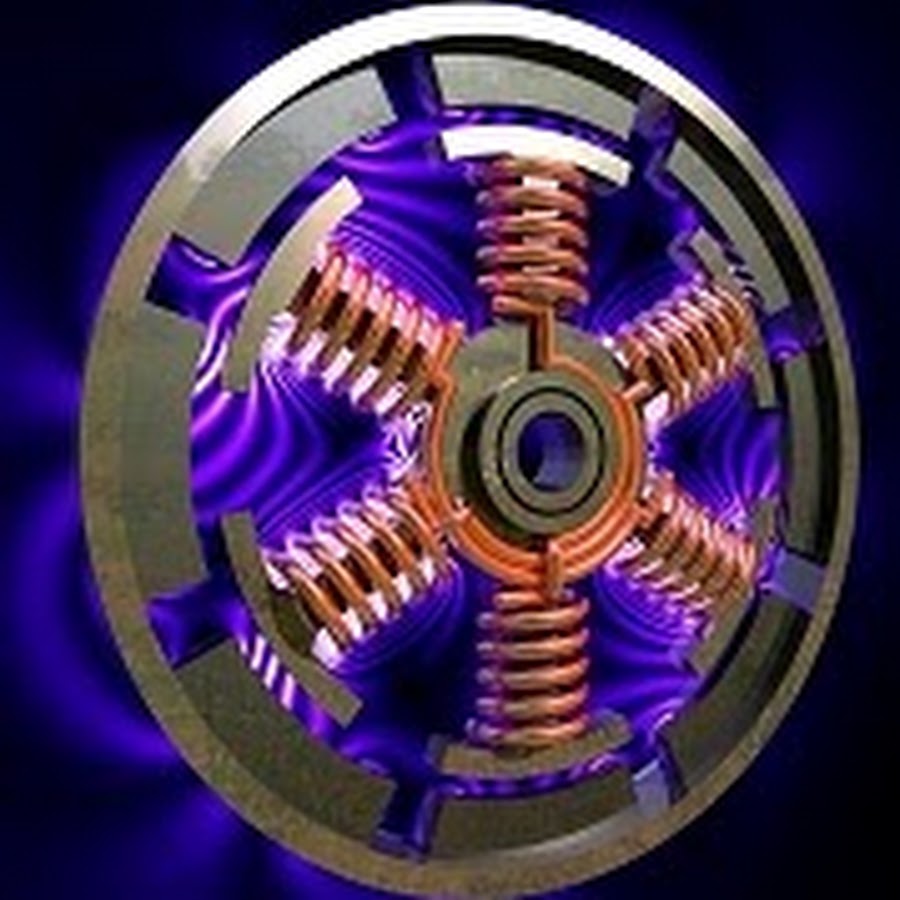 Welcome! IT nerd in me likes the idea of using the UPS batteries to start off.

Yeah, I’m myself a IT guy and these 40Ah UPS batterys where from my work (we replaced old 20kw ups batterys and I had like 40pcs of these in basement) tested and took the ones that were still good condition. This first kart cost me like 50€ for the frame and ~150€ for controller and motor and 15€ for a bicycle disk brake system. But with tony kart it started to cost more and more and more. Last year I had an idea to replace my tony frame because it was already old and worn but could not start to do it. And then there was on testing that ended in the wall and then choice was made to replace it. Crashed my rear shaft and front also.
Right now I’m in the middle of moving components to new frame. 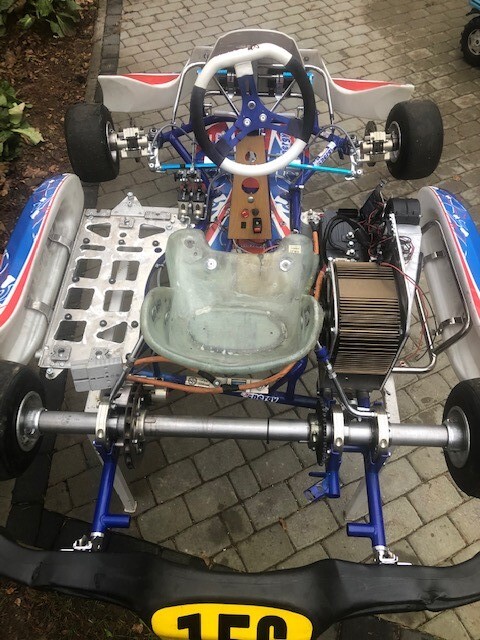 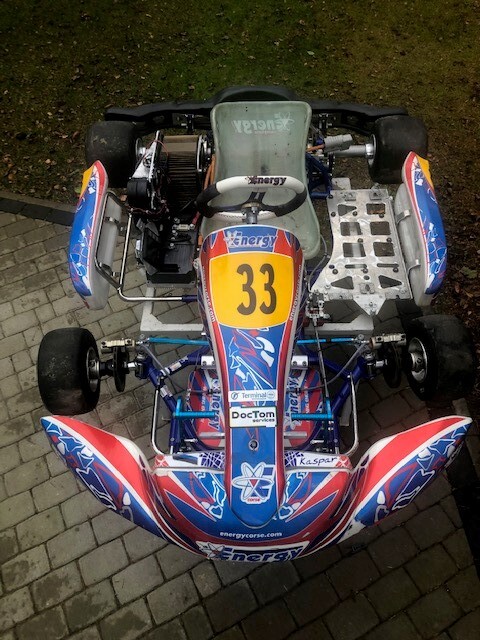 Welcome! If you haven’t seen it, check out EKartGo Project
Enjoy!

Welcome! If you haven’t seen it, check out EKartGo Project

Looking great. Welcome to the site.