Speaking of bodywork, and apologies if I’m posting under the wrong thread, I’m trying to find freeline body work. Can anyone point me in the right direction? Thanks racers!

Basically any BirelART dealer should have some. If you’re looking for the older Freeline stuff that might take some more digging but I’m sure some shop has some lying around. If it’s old Freeline bodywork, you can also look for old CRG dealers, they used that at one point as well. 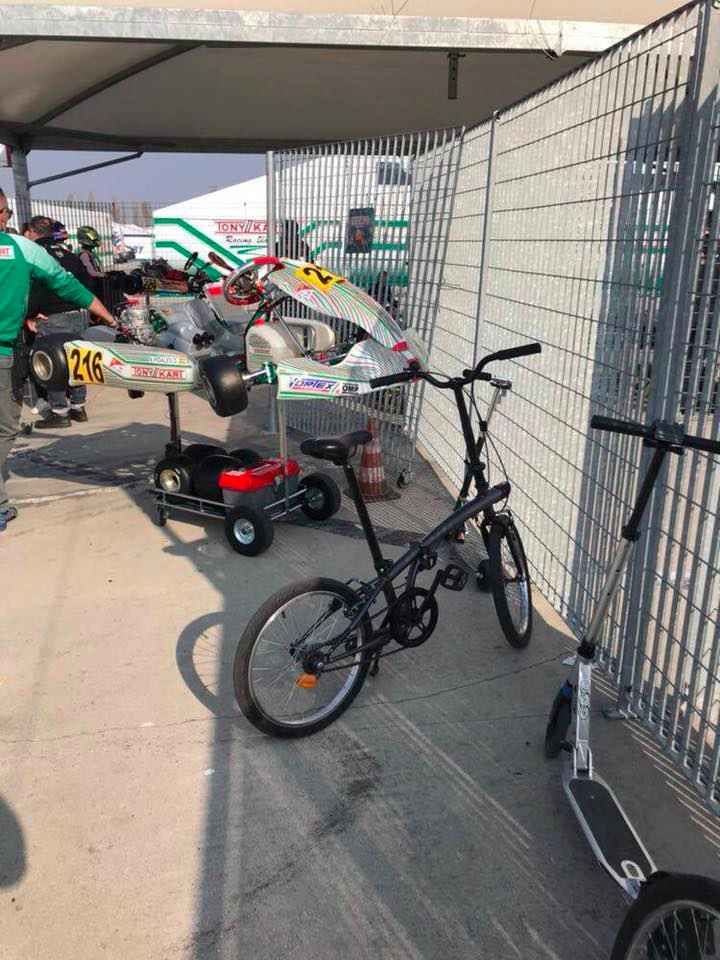 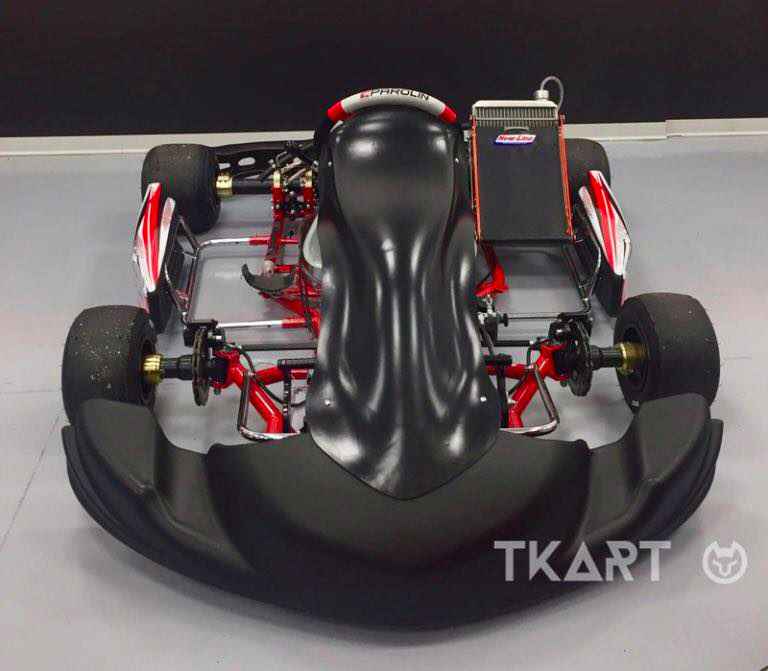 Would you Race Without Bodywork?

Time for standarized METAL!
But since that won’t happen, yeah it might be time for something. It’s starting to look silly.
Or, we’re getting old.

If bodywork starts to have an actual aero affect and reduces lap times, it might behoove one to drive a little less aggressively to avoid ruining your aerodynamics.

I think it’s all starting to look pretty ridiculous. I say standardize back to the 90s. I love the bread box bodywork. But with those new noses you posted and the Birel that looks like an F1 wing, this whole aero nose thing is out of hand. Aerodynamics should play a minimal role in sprint karting.

I don’t believe these new aero-fenders coming out really play into a team’s advantage. I feel whatever supposed gains you’d get from these types of bodywork would be minimal. Driver input, engine performance, and chassis set up will still be what determines a champion. I could be wrong though…

In regards to standardization of bodywork/spec racing, I’m usually all for it. I want to know who’s the better driver. However, I think for local club and maybe even regional level racing I’d like to see the variety. It gives more personality to the sport. Plus, not everyone can afford the changes. I personally like the F1 style front bumper that BirelART introduced.

@Rondie_Jr do you have a picture of your Frankenstein kart? You podium-ed with it didn’t you?

Obviously aero gains are minimal, but there IS a reason that almost the entire factory grid in European has switched to either the OTK M6 nose or the KG 505 nose for this season. IPK and Sodi surely aren’t using the M6 nose because they want to promote OTK products…

Everyone says the M6 nose gives better front grip in fast corners. I know long ago we raced at the Milwaukee Mile for a club race and we had to use CIK bodywork. And we back-to-backed various nosecones and the Unico nose was measurably faster than the breadbox nose. Like multiple tenths. Also, duct-taping up all the front end crevices between the nosecone and nassau panel helped as well. And then finally, it’s obvious, but the giant G-Man front noses that 4-stroke racers use was so much better in terms of aero, that it allowed the Yamaha Supercans to be faster than the Komets, who had to run CIK bodywork.

Granted, this was all flat-out on an oval so the effects was exaggerated, but I wouldn’t be at all surprised if the bigger nose was worth .1 or so on a track like New Castle.

I was thinking the same thing. I’d have to shave the sides of that panel to get my big feet to fit.

In a way it’s not too surprising that some work is being done for aero. CIK bodies are comically bad in this area.

Last year I started a topic with some studies of kart bodywork usingCFD and coast down tests. Czech it:

I wonder when we’ll see sliding skirts on the noses?

I believe they all went M6 because of the drop down bumper. The OTK M6 was/is more forgiving. Almost the entire grid went to the OTK bumper before KG(?) came out with the 505(?). Can’t remember all the bodywork types. CRG just lived with it lol.

Aero is a bit of a dark art. What is mostly being seen in karting is drag reduction rather then downforce. Downforce is a function of speed squared. Karts generally have low speed, high drag and low frontal area. The fact we have a low speed means a decrease in drag can have an effect but it doesn’t do much for downforce until the speeds are high. I only one have one instance where I felt a lost of downforce and that was damaging CRG nose cone mid race and that was only on one 5th gear corner in KZ (approached top of 6th). And it wasn’t undrivable, just slight understeer.

Also I’ve driven long circuit with normal CIK body work against karts with superkart bodywork. No difference in cornering but large differences in straight-line speed unless I could get myself right under their rear bumper on the straights.

Anyway for interesting bodywork, I remember these; 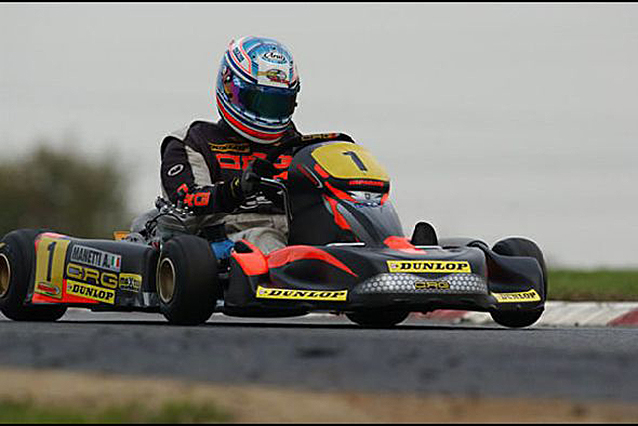 And heres a video explaining downforce, its a little college level but kartpulse forum readers are a smart bunch.

That front bumper makes me a little ill.

Anyway for interesting bodywork, I remember these;

Is that pic of Manetti from Carole?

I was going to post this video as well with Manetti’s huge nose cone.

It was supposed to have been designed by a Lotus F1 guy who’s name totally escapes me.

The tony kart kit doesn’t look too bad. That black kit though… Ugh.

A post was merged into an existing topic: How did your 2017 plans turn out

From my understanding and limited conversations with respect to aero with OTK, they believe the biggest gain is to be found in simply getting the air around the driver. This is the reason the front ”lip” that can be added to the noses exists, it’s to help move air over the drivers feet and help move that flow upward rather than straight into the drivers chest which may as well be a sail. The secondary objective is directing Air that can’t be “avoided” for lack of a better word to a location it serves a purpose, cooling the front brakes, radiator, Airbox etc hence the shape of the nose.

Interestingly, when the topic downforce comes up, I’d assume that the CRG NA2 generates the most as when used on a road course at high speed it isn’t uncommon to hear it being pushed down into the ground. I’m assuming the newest Birel will be similar, but more rigid lengthwise to prevent this.

Also on the topic, a few years back when Lennox was with CRG and ran the retro kit in KZ/S1, he used KG MK14 which rumor has it was because it had better grip in certain faster corners. To be honest i sort of scoffed at the idea and wrote it off as people trying to come up with a technical justification for a last minute “good enough” fix. Then a couple months later in Italy i asked Camponeschi (with Tony Kart at the time) about it and he said they had done a bunch of testing and found it to be true.

Back to newly released stuff, does anyone else see the new KG nose as a pretty blatant “reimagining” of the OTK M6? Looks to me like once homologation opened up all the manufacturers that were using OTK M6 got a non OTK alternative. Which has got to be annoying to OTK since KG OEM’s their bodywork. 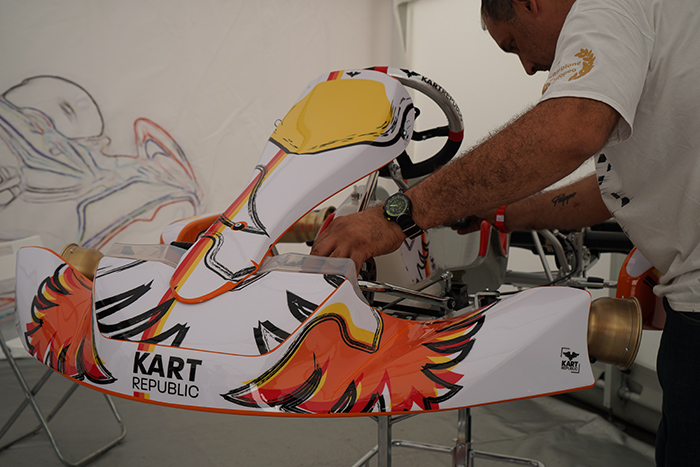