Haven’t watched this yet so can’t comment on it perse. Sometimes the white knuckle guys get a little hyped up 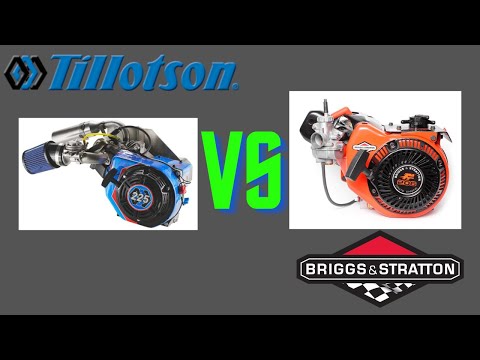 Theres a gentleman on the show (with a rather impressive racing background) who has been racing them both extensively. To summarize:

Tillotson: Very good bottom end and very good overall. No weak points. Faster.
LO206, less fast, and I got the impression, a little less engaging from a driving perspective.

However, the properly broken in LO is a beast that runs forever and he has one at 40hrs still going strong. Also, the parity is very high. Take 3 LO out of the box and they will be very similar. He owns four tillys and they vary to the tune of 2/10ths difference.