One caveat is that the rotor might lose magnetism if you heat it up.

The right motoplat puller should whip that right off. You might have to bring one in from Europe, assuming you’re not living there already.

Agreed and that was a concern I forgot to mention about the rotor. In my case the shoe had cracked at the core where the puller threads into it and every time you pulled on it, the crack would open up and the threads would slip out. Just a last ditch suggestion and you could always replace the rotor if needed afterward. Its the Crank you are trying to save, right?

I have a motoplat puller on order from Amazon. It looks very similar to the one John posted. Hopefully that will work. My worry is that the key is somehow jammed into sides of the motoplat (if that’s even possible) and that’s why it doesn’t slip off more easily.

About the seals, what is the main concern with the bad seals? Is it a loss of pump pressure? Oil leaks? If it’s pressure, is there a way to check the pressure without running the engine?

About the seals, what is the main concern with the bad seals? Is it a loss of pump pressure? Oil leaks? If it’s pressure, is there a way to check the pressure without running the engine?

In my case, when I heated up the clutch shoe near the contact area with the crank shaft I must have gotten the seals hot which deteriorated the rubber/silicone material they are made of.

Within two or three sessions the seal crumbled and got sucked through the crank shaft bearings on that side of the crankcase. Not only did it eat the bearing up, the wobble in the clutch side of the shaft caused the crank to shear off at the clutch.

First clue was a loss of power/torque as air was being sucked into the crankcase through the bearing rather than through the carb (which oils the system). Second clue was excessive vibration which confused me at first, but shortly after the engine stalled out and would not refire. Strangely it still cranked with the starter. After getting it back to the pits, we pulled the head cover and saw the piston pumping with the starter. As we looked further we found the clutch drum was sort of flopping about. That was the nail in the coffin so to speak.

I cannot say for sure what destroyed the bearing first. The seal material passing through it or the lack of oiling from the lack of sealing on the crankcase. Either way, it took less than half a lap for it to grenade.

Still waiting for the motoplat puller so today I decided to rebuild the carburetors. The walbro rebuild for the Yamaha went easy. The Tillotson for the leopard did not go as smoothly.

The new fulcrum arm seemed to cause sticking so I am trying to use the original one but replacing everything else. The problem is that the carb doesn’t seem to popoff. The gauge goes up to 15 and nothing happens. I guess I can start cutting the spring but wasn’t sure if I should check something else first?

Finally got the correct motoplat puller tool and this happened… 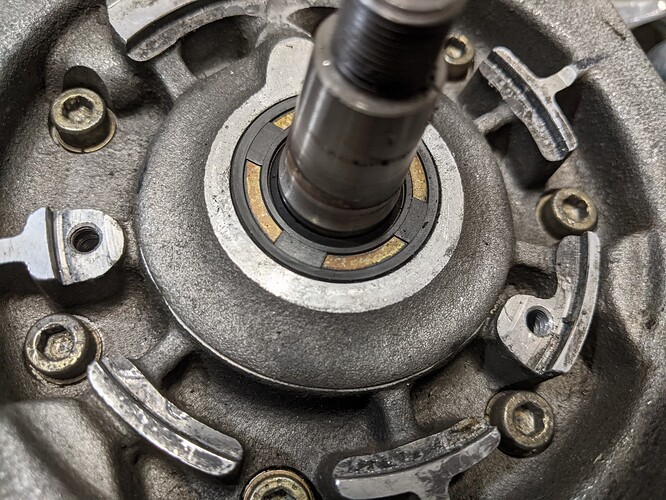 The seal looks pristine, doesn’t it? What do you all think?

Also, here’s the chips in the motoplat I mentioned earlier: 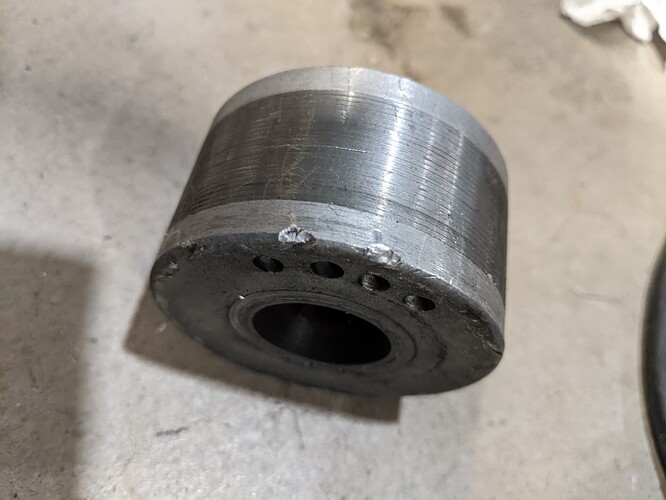 That doesn’t look too bad. You could always fill them in with JB Weld or similar to keep it in balance.