Faster shifting = more time on full throttle over a lap for every upshift. Figure you have 20 upshifts on a lap… it can add up.

Of course you have to have the skill to nail those shifts too.

Yeah, I considered that, but my counterpoint would be that on-throttle power output is more important, and it would take a pretty substantial difference in shift time to be able to overcome even a small power deficit.

Edit I should add that I’m looking at this through the lens of TM being the benchmark for KZ power output. If this engine makes equal power then the gearbox gains would be more valuable. Otherwise it’s just a novelty.

Also, what’s the true bottleneck of a gear change, assuming you’re lifting? I would think the combination of movements (arm/foot) are only going to get so fast, regardless of gearbox capabilities? If we’re talking about flat-foot shifting then that’s a whole other ball game…so now the question becomes, no lift shift with this motor?

Thank you James for the answer I was just about to explain that but also its not only about hp it also about the right gearing for the right track and the ability of the driver but from our testing. the black rock has no problem staying in the mix with any brand

How much you have to lift and how long the lift has to be before it slots into the next gear. I’ve found that can vary quite a bit… Some of it is down to your linkage setup of course. But I’ve gotten in karts that would take a full lift before they would pull the next gear, and others would just slot right in with just a feather, especially if you preload the next shift.

Speaking of no lift shift, I remember the top Stock Moto engines being able to do 4-5 and 5-6 without lifting, just a hard tug on the shift lever. Here’s a video of Davide Fore tearing up GJMS

Yeah there were some engines out there, Swedetech especially (as in the video you linked) that would be able to take no lift shifts into 3rd gear and beyond. That transmission Fore had was crazy. My Honda would to 4-6 no problem, but it would eventually pop out of 5th pretty often. I see people doing it with the Rok Shifter as well, but not quite to the same degree we saw with the Honda.

The top drivers lift the throttle just a little when they shift,just enough to release the
tension of the gears. 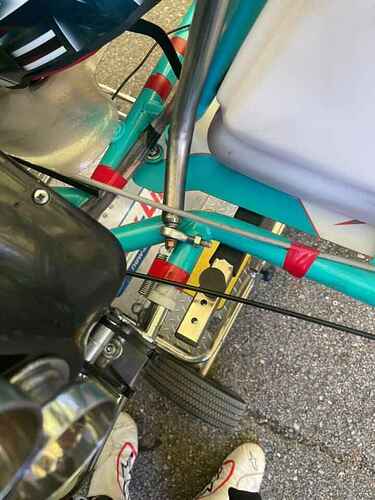 Video link doesn’t seem to be working for me. Would you be able to post the URL?

Try this: Daniel Formal - Now that the race is over Enjoy a lap...

Full beast mode. Thanks for sharing!