Yes. A KLM file can be generated with as many laps as desired from a session.

While you can export trace(s) from RaceStudio to Google earth, it’s easier to view within RS because each lap can be give a separate color.

I’m familiar with Racerender already, so It will be easier for me to get back in the hang of it. Wondering if I can figure out my old license and put it on my new pc?
Trying to be frugal. I have an older vio bullet cam, that was used for Recce in rally. Top of the line…a long time ago. Basically a camera on a wire to a remote dvr. I could put that in. It’s 720 with 30 refresh rate. Not a very wide angle lens. Also have a contour HD that I’ll have to see if it’s in working condition. Too bad karts aren’t conducive to mounting a phone. I’ve had great luck with that in my hillclimb car.
Are the cheapie go pro knock offs that have image stabilization any good? Easier to justify putting one of those on kart or other toy that might get knocked off and trashed.

Certainly could have used a camera last night. Kiddo was in a race incident were came in on the nose of a competitors kart in a tight corner. Would have been a good learning tool. Other kid really didn’t have a chance to react. They handled it like gentleman, which was great, but would be good for my son to see why it worked out poorly.

Here’s a listing of cameras. In the budget section some have anti-shake as well. 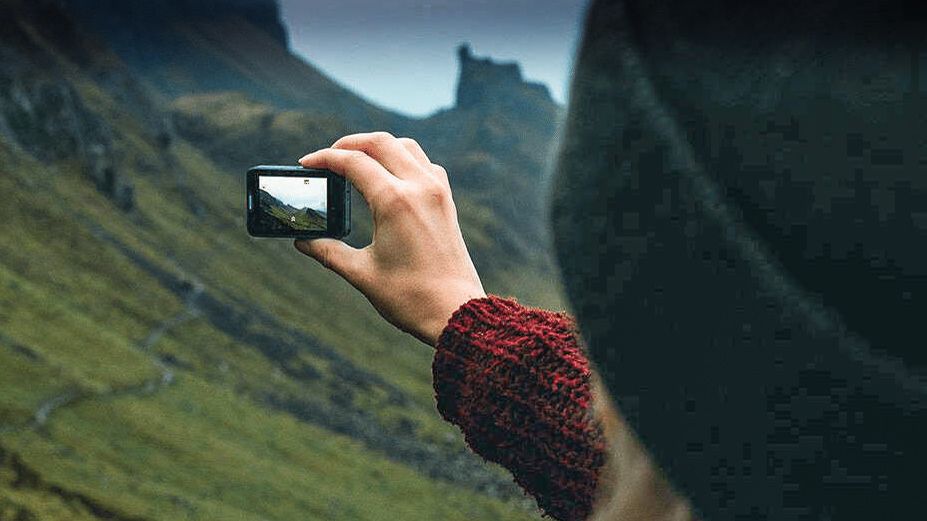 Want to record rough and tumble pursuits without trashing your camera, or wallet? Take a pick from the best budget action cameras under $100

Your old license should work. You could try emailing them if not.

“Easier to justify putting one of those on kart or other toy that might get knocked off and trashed.”

So far I’ve only had one camera go flying. It survived skipping across the track at 50 mph and bouncing off the barriers where it filmed grass for an hour. The GoPros are very, very tough.

Funny story.
So I’m talking to my wife, and casually hint that a camera for the kids kart might be nice. That I have a few old pieces of gear that might work. She puts her head in her hands…and is like “FINE”. Disappears for a few minutes. I really thought I was in trouble. Comes back with a target bag from another room. “Will this work?” Was a new polaroid xs100i, which I’ve never heard of until today. Haven’t wormed out of her why it was in the house yet, I assume it was a future gift or forgotten gift. Looks like it will do what I want within reason. 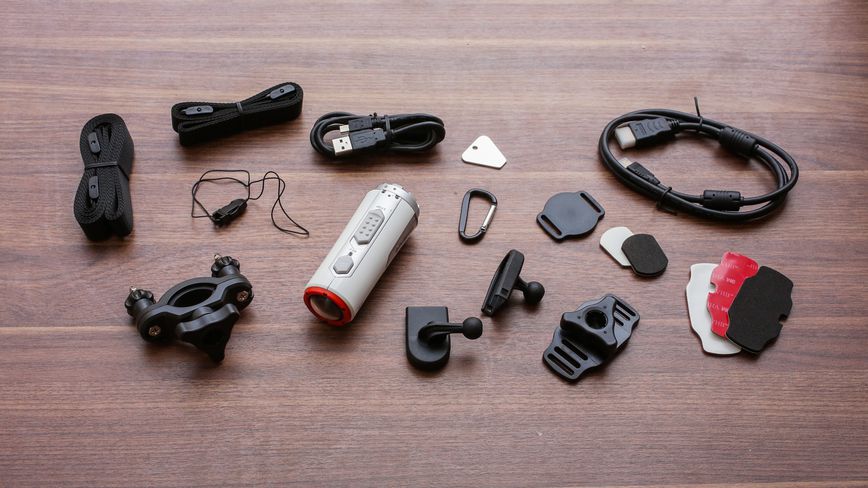 Lightweight and waterproof with Wi-Fi and a nice accessory package, the budget-friendly XS100i is just enough camera to make it worth checking out.

Looks like this would be best helmet or strap mounted to body. It doesnt have vibration reduction so I dont think direct mount to faring or radiator will work well. That being said, apparently your wife can read minds, at least, yours!

video stabilization is my biggest worry with it.

Suppose to auto rotate as well, but I haven’t figure out how to make that work yet.

Wondering if I can figure out my old license and put it on my new pc?

I had a hard drive crash on my laptop a few months ago and lost my copy of racerender. I searched my old emails looking for the product key, but could only come up with a receipt from paypal when I bought it. I sent them an email detailing the date and transaction id from paypal. 24 hours later they sent me a reply with my product key to unlock the software. Super easy! Looks like they upgraded the software from my original download too. Version 3.

Camera will be a great learning tool for both your son as well as you for tuning. Hard to tell when watching from the side of the track if things happen because of driver input or something else.

I’ve used this mount on both my kart and my sons kart with success. https://www.fastkartsupply.com/collections/camera-mounts/products/ram-mount-gopro-hero-adapter-handlebar-rail-mount

Both I’ve mounted it to the left seat support and had it sticking further left to simulate the view you’d get from a radiator mount on a TAG. It gives good view of the hands/wheel and brake pedal. Usually you can hear when the gas is pressed as a proxy.

For cameras if it’s just your coaching then cheap ones will do but the video can get shaky enough to make you want to puke. As noted a used GoPro 5 black will do wonders with the image stabilization and I picked one up for $100 for my sons kart.

Having a camera on the kart/kid is a fine idea but at this point you need to make sure that you and your driver are talking about the same things. I used to ask mine how the kart was and all he would say is fine or not. Now twenty years later he still says the same thing but he has a better idea of what is fine and what is not. I wish I had gotten into a standard frame of reference for both of us to use. Like how the kart does through each part of the turn (braking, turn in, mid-corner, power on, exit rpm, etc.). The gauges help for how the engine is running, fortunately the LO206 is not very sensitive to that, but the gearing and throttle response matter. Being able to look at the same movie with your son can make sure you’re both talking about the same thing. That way you can fix the right thing. One of the big differences between amateur drivers and pro level is how the communicate to their crew chief. Think Steve Kinser and Karl Kinser, Jeff Gordon and Ray Evrenham, Michael Schumacher and Ross Brawn. The top level guys understand what each other is talking about. You can do that too and it doesn’t cost anything!

Absolutely right, it’s massively important not only for the driver to be able to articulate to pit crew what the kart is doing it also that he or she is able to feel the differences when you change some set up.

Sometimes I’ll spend a training session with one of our youngsters inducing lots of understeer or oversteer for example, so the kid knows and understands Ok we did this and that happened. Sometimes it helps them to tell you what they want.

Well, had a good first stab at getting this setup. Camera mount isn’t great, and that makes the lack of image stabilization more apparent. However, it gives a good enough view of what is going on to be useful. Took a while to relearn racerender, and also how to export a csv out of the mychron. The kiddo did pretty well this night. They did a special night for his class where they replaced the heat with a time trial. It was a cool night. He managed to qualify 2nd in the time trial, which put him on the outside pole for the race, which is really a pretty good starting spot. He retained the spot the whole race, for his highest feature finish to date.
I have a plan to bolster the camera mount for next event to hopefully make it more stable.
…and yes, he went off track on his first warm up lap while warming up his tires.

Forgot to add. Track has stay in your lane rule for the banked turn. You have to commit to a lane before entering the corner. That’s the corner where you can see the dotted line.

Nailed the race render. The faring mount shake is pretty extreme and will ultimately drive you nuts. If a helmet mount is a no go, how do they feel about chest mount?

“Better suited” I’m afraid you have no idea how wrong that statement is!

To be honest I’m not sure I’d like him using a chest mount any better than a helmet mount. Given his size, I’m not sure it would give a great view either.
I’ll try to minimize the shake, but I know it won’t ever be smooth.
It should be able to get us through the season. Next year we’ll find a better camera option.
They’ll probably be on go pro 10.5 by then.

He learned a little about line following the kart in that race, as he’s the points leader and generally quite fast. We reinforced it with what we could see in the video.

I think when not in a pack he can be fairly smooth and be quick. It’s recovering in traffic that seems to be the tougher thing for him at the moment. It will come with time and experience.

I hear you. From what in understand, many powerful video editing programs offer software based shake reduction as a thing you can do in post processing. I personally haven’t used this, but it does work pretty well.

Holy guacamole those are short laps.

Check out the RAM mount I posted above for another mounting option that might help the shaking for little investment.

Another nice thing about GoPro 5 and up is that you can see previews of the video on your phone or iPad via the app which makes quick video checks much easier than going to a computer.

Any you guys heard of / subscribe to GoPro Plus?

My 360 fell off my kart last year, bounced along the track end over end, completely missing the lenses and only suffered minor cosmetic damage. Took it as a Gypsy’s warning.

Anyway, someone at the track pointed me to go pro plus - 5 bucks a month, if you trash your gopro, gopro will replace it. No questions.