The issues with the TT were all related to the electrical components. The engine itself was just fine. It was basically an ICA with a big piston, clutch and shafty electronics. The Electronics of the early gen mini Rok utilized the same style wiring that failed. Since then, has been updated and issues have been resolved.

Comparison of the fiches for port timing on the KA and VLR. Looking at the exhaust timing and the width of the intake ports, I suspect they are going to behave differently out on the track, with the VLR overall being more moderate on exhaust port timing which shows as 169.5 deg for the KA100 vs (up to) 166deg on the VLR. For comparison, ICA motors were allowed up to 177deg.

But I am merely an internet commentator, and exhaust port timing is not everything by any stretch. 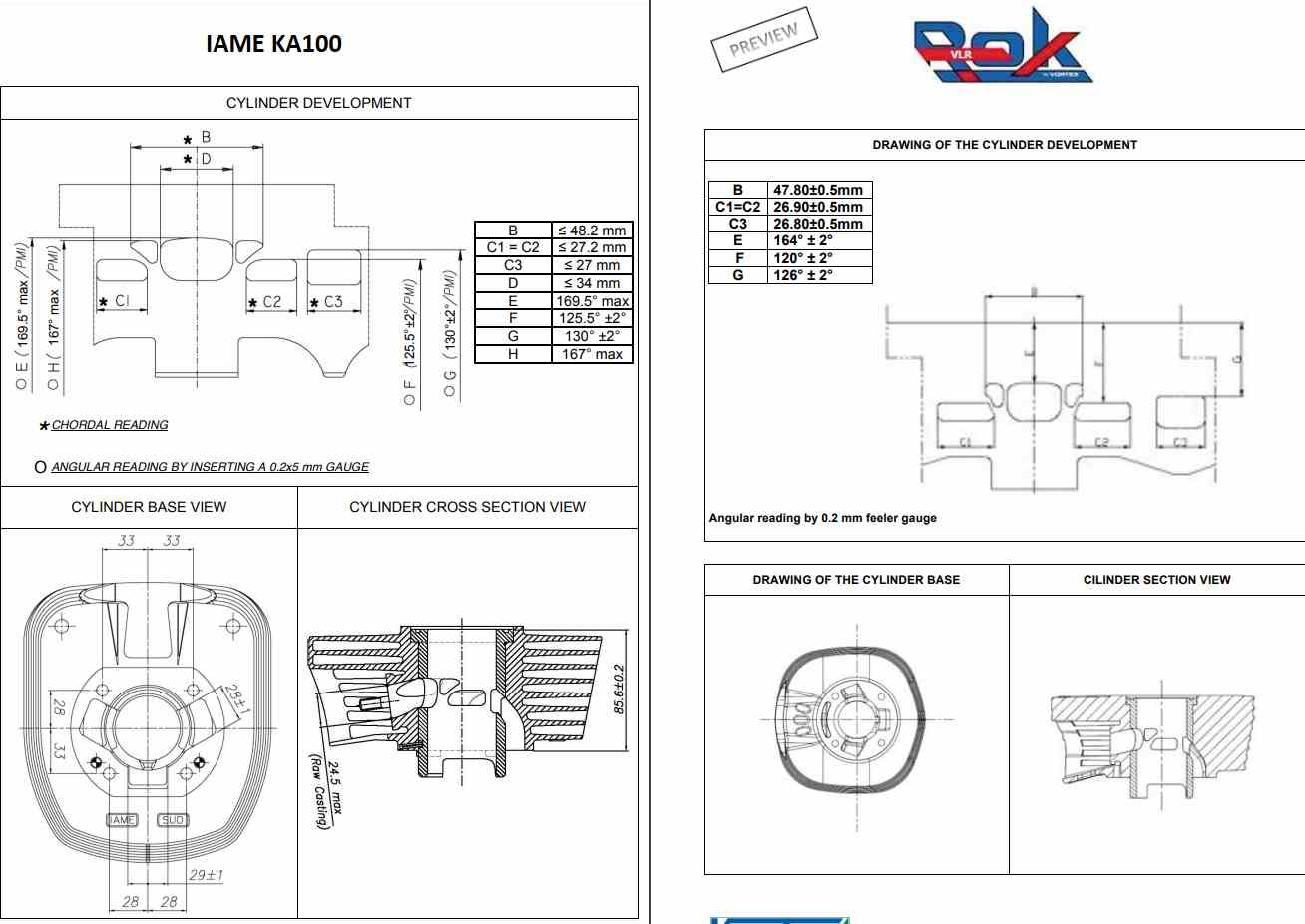 So, since the PR says that it was built solely for the club racer in mind, this means they won’t want to run it in any regional or national series/events, right?

It comes strong out of the gate about it being for club, then goes on to say…

With its implementation this year, watch for the ROK VLR to make its way to select national level ROK programs in 2019. Stay tuned for details.

So I guess the answer is no?

Ugh, I guess after a long night shift, my reading comprehension suffers.

Found out today the carb is going to be a new model from Tillotson:

I got my VLR today. I will fire it tomorrow. I have to say I’m pretty happy with the way everything looks. Simple and very minimal wire harness, one piece pipe, Tillotson carb… I think it’s gonna make the club racers very happy and give them a lot of fun for the dollar! 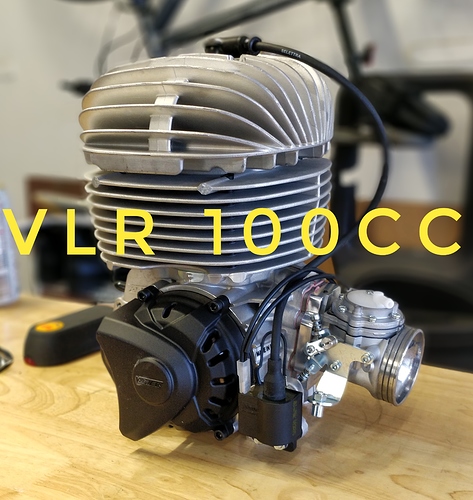 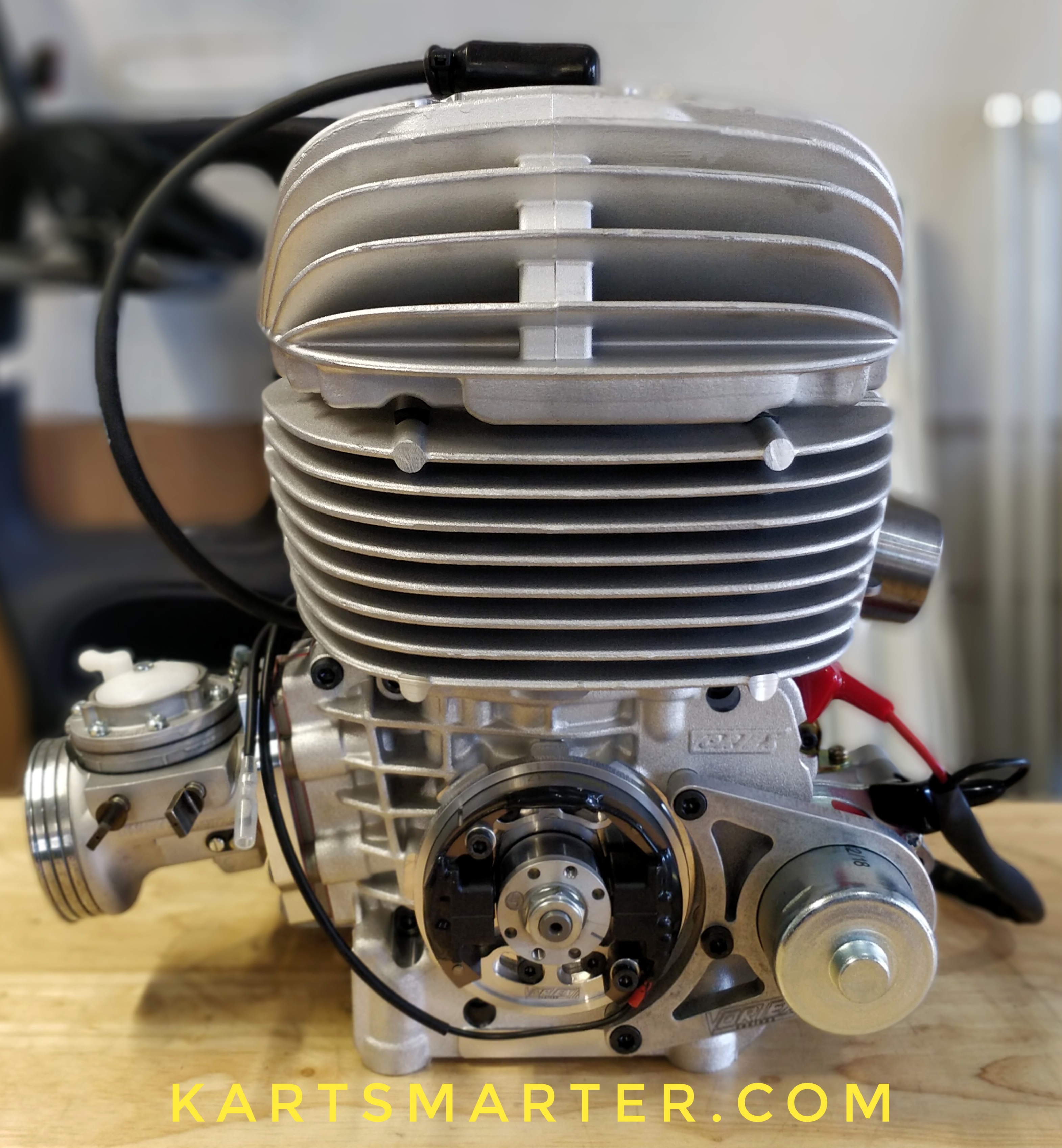 The Carb looks like the KA100’s HW-33A. I see @KartingIsLife put specs up that look very similar.
Not that it is really a surprise with the bore and stroke being identical.

I realize we live in a capitalist society, but sometimes i just wish we as Karters had less choice.
Watching with interest as Karters shoot ourselves in the foot again…

The Carb looks like the KA100’s HW-33A. I see @KartingIsLife put specs up that look very similar.

The carb is meant to be a model specific and exclusive to the VLR although I’m sure there will be some similarities with other 24mm brethren.

Competition is generally good in capitalist markets because the consumer usually gets a better product at a lower price than in markets dominated by a hegemonic supplier.

Competition is generally good in capitalist markets because the consumer usually gets a better product at a lower price than in markets dominated by a hegemonic supplier.

Couple of caveats, it really only applies IF there’s a market large enough to sustain it and the actors at play are not playing a zero sum game.

History has shown that not to be the case with karting

There’s an inflection point, dictated by market size where “competition” results in consumer confusion and market segmentation that ultimately stunts the growth of that market.
“Tripping on its own ***k” I think is a good term for it.

I love capitalism, but historically owner driver karting, as a whole has not benefited from it.

The problem isn’t nessacarily the presence of a monopoly or not… but how that monopoly is executed.

Sometimes you need a benevolent dictator. Emphasis on benevolent.

If the market isn’t demanding a change or a new product, or the new good/service doesn’t generate new demand where there wasn’t before, then it’s just oversaturation.

Karting is classically bad at that. People introducing their new engines/chassis, using a ‘similar to me’ criteria, that “if they like it, that the entire market must like it”.

We have been running a mixed class of VLR and KA100 where I race and from what I see I would have to agree with @tjkoyen . At least one or more VLR motors have an issue with completing all the heats and mains in every race due to electrical or carb problems. I dont think one KA has had a motor issue yet. Also what I think is strange is when the karts are sitting on the grid all of the VLR engines have a hard time starting their karts. 10-30 seconds trying to crank them over.

Do we know what’s different on the carb on the VLR vs KA yet?

Very interesting. I’ve got a couple hours on mine so far, it fires the instant I hit the button, quicker than my x30s.

Hoping to continue racking up the miles.

How does it fire up relative to your much loved Leopard? Nothing beats a Leopard.

When I ran the KA at the Gopro WKA race- it started in the 2-3 second range (during the day). Would take quite a bit longer when it sat over night.

I believe the Venturi size differential is the reason to blame for the different start up time between leopard/Ka and the x30 which utilizes a much bigger venturi.

Anyone know how much horsepower one makes?