that culd be another option i havent heard of it yet to be honest. i wanted to practice on a dd to work on being smother on gas and brakes.

@olivier.p, I hear what you’re trying to achieve, but smoothness is something that originates in the driver’s brain, and is transmitted through their body to the kart and tires. The kart and stopwatch then provide feedback about how smooth the whole ‘smoothness’ process really was.

A certain type of kart (e.g. DD) may provide a different - or perhaps even clearer - level of feedback, but regardless of the kart, the objective is to tune into that feedback and use it to improved sensitivity. This is the case because smoothness and sensitivity are two sides - or directions of the same coin… they are intertwined. Once you see that, then you can use that improved sensitivity to reprogram your brain (your driving approach/techniques) for improved driving input smoothness.

IMHO, no matter what your are driving, improving your performance is reliant on your ability to use your attention to extract the valuable information from the feedback the kart is providing, interpret the lessons hidden within that feedback, and apply that to your ‘inputs’ (aka be smoother with your driving inputs). Considering that, one might argue that driving a clutch kart, which might tend to ‘mask’ the results of your inputs more than a DD kart would, might actually improve your sensitivity and therefore make you a better driver, because you will have to work harder to uncover and apply the lessons hidden in the kart’s feedback.

Anyway, just something to consider.

I’m the importer for TecniEngines. If you’d like an OKJ I can get you one. I haven’t checked prices recently but will guess that it’s around three grand for the whole package.

Full disclosure: I’m not sure what advantages it has over just practicing with a senior X30. It’s a little lighter than the X30 is, and I guess you can’t get away with grossly overcooking a corner and spinning out, but they drive remarkably similarly. If you’re very light (<140#) and mechanically inclined / on a tight budget, running an old Leopard with no ballast would also be a good way to learn how to be smooth on a fast kart.

Seems like consensus is negative. How about just going to Europe and running 1600 like andre or maybe f3-4?

Or domestic variant of f1600

If I’m not mistaken, don’t you run 206 and KA Olivier? Both of those engines are already great training engines for learning smoothness, especially the 206. It’s going to be a far more momentum-based driving style than OKJ will be.

Okay, I agree with most of everything that has been said on this subject so far, but I must admit to wanting to have an OK engine to play with on my favorite tracks. My current kart has a Rotax engine with power valve producing around 29 horsepower, and am very comfortable with this power and racing it at its limit but left wanting more. An OK engine costing less money than my Rotax, produces much more power (if not mistaken, it’s rated at 49 hp) and it weighs less since no starter, battery, or wiring harness. And has a power valve that produces massive midrange power. Not sure what the reliability is like or tuning difficulties are for this engine, but I would enjoy finding out. Especially since I’m not much of a shifter guy but want more power and speed. I’m aware of the previous headaches with the KF engine category of a decade ago and that the USA kart market already has too many engine options that dilute the playing field at club races, but the best drivers in Europe have been racing this engine for years now with lots of great competition.

Thanks for the clarification on horsepower. I see the OKJ has similar to my Rotax, but the OK is about 10 more which is not insignificant. Just wonder what the rebuild period is like.

For direct drive waft, it’s hard to beat the IAME Codasur. If you’re going to get an uncommon (in the US) engine, I think you might as well go 175cc. 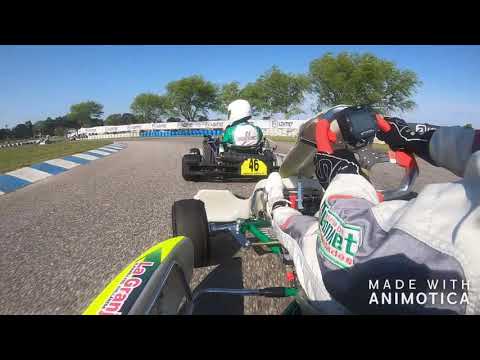 Why not buy from the guy who is trying to organize the class?

I think you’ll get more utility from experiencing national-level racing, and honing your race craft, vs. trying to improve your driving mechanics on a specific package. Many of the same techniques will carry over to the direct drive. If you’re not able to hang at the top level in X30/Rok then it seems like a useless exercise to hunt down a different package.

I’ll echo everyone else here, I don’t think OKJ is the engine you want, especially if it’s just to practice on. The biggest thing for development for you would be

I know you were at the last round at Pitt, which is why I mention that, but you’re from AMP so I would recommend the Sunshine State Karting Championship or something along those lines. It really depends on your budget, but running in the most competitive fields you can get into will help a lot.

If I had the money, I would be running ROK Florida Winter Tour, SKUSA Winter Series, USPKS, Stars Championship Series, and then as much club stuff as I can. ROK and SKUSA would be for staying in shape in the winter especially since karting shuts down in the Midwest from October to April, and then Stars and USPKS are where I would be looking for high level competition. I’d stay at clubs just to get more seat time, since the last time I considered myself “fast” I was in the seat every weekend, running clubs, and then regionally and nationally when I could.

I wouldn’t even worry about a different engine package unless you’re planning on racing it within a year or two. You already have an X30 and KA, so my opinion would be to focus on that.

I know you were at the last round at Pitt, which is why I mention that, but you’re from AMP so I would recommend the Sunshine State Karting Championship or something along those lines. It really depends on your budget, but running in the most competitive fields you can get into will help a l