I am looking to buy a laptop for the track. What should I look for to run Race studio and review video between sessions. I am thinking I want something to download video a quickly and not freeze while viewing but not sure what to look for. Thanks !

Do you have a rough budget in mind?
In terms of running the race studio software, you can run it on practically any device that can run XP or later so tonjust run it and get data off there an old $50 clunker would do.
Video can vary wildly, higher res video (let’s say 1080p and upwards) takes up a lot of space and can tax your computer pretty hard.
Easy way to find out is go to Best Buy, Walmart or whatever, pop an SD card in a laptop you like video on it and give it a try.

Other than that, consider the form factor, battery life and general build quality when choosing.

Hope this helps. Report back on your progress as you look for a laptop.

Personally, I think any general laptop will do what you need to run Race Studio 2. It’s not super memory intensive. I use a Lenovo X131e, and it does the job just fine. 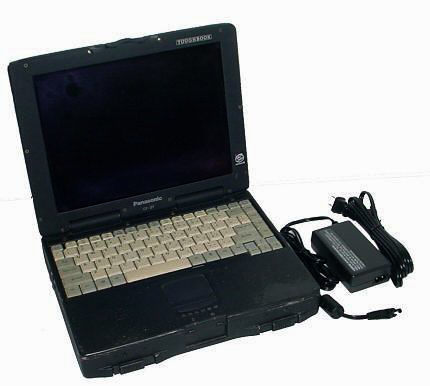 Video though is going to up the ante, so worth checking that out, especially if your plan is to edit video on the same laptop

I came here just to ask how resource heavy RS was. I pictured that it would need a fair amount of RAM to be able to hold the amount of data that would be needed at once to compare laps and such. This makes me feel more confident in using it on a spare laptop that I might designate for RS (just got to find replacement batteries to use while at the track).

Yeah it’s super light by comparison. The toughbook I ran it on was running Windows 2000 with 128mb of ram.

Yeah, if you’re running that low of RAM then it certainly isn’t resource heavy!

No not at all hard on resources. I had speed channel, lat G, two temps, track mapping etc etc without an issue. On the scheme of things, the volume of data being processed is fairly small.

This thread did inspire me to look for some “official” minimum specs, but I didn’t find any beyond that it supports windows only.

n.b. We are talking about RS2 here, NOT RS3 as RS3 is not designed for the karting datalogger range.

Another thing I did, although it was kinda hacky, and definitely not supported is run RS from a dropbox folder so that it was 1) backed up and 2) accessible from different computers.

Thanks for the suggestion. Went to Best Buy with an sd card of by sons on board video and demo’d a few computers. I found that all the computers that had a media card reader played the video but not as well as ones with an intel i3 processor w/ 4gb ram and higher. I ended up buying a Lenovo 15.6 screen i5 8gb. It was $399. Could have gotten something a little cheaper but thought this gave me the most for my $. As stated here with other posts basically anything can run race studio software. Thanks for everyone’s response.

Sounds like a good deal. i5 is nice, it’ll work better for editing video too vs the i3.

How did it turn out? Good choice?

My family is all new we all have mychron 4s. I just got mine came with a gps unit. Couple quesitons first which rs i should download? Second i also got a ir reciever which all my family use currently do i run both gps and ir sensor?

You’ll need to download RaceStudio2 and AiM’s GPS Manager. The GPS Manager is needed to edit tracks or install tracks before you show up at a track. The M4 with a GPS05 can learn new tracks. Normally you would either use the IR sensor or the GPS module. For most track, the GPS will work OK. But we’ve found a track that for some reason we struggle picking up the start/finish line. Having the IR sensor is a good back. Don’t believe that you can both at the same time.

Race Studio 3 basically has RS2 installed for karts anyway, so it doesn’t really matter which one you download if you have a Mychron4.

Davin, wasn’t aware that RS3 could download data from a Data Key.

Sure can. Race Studio 3 uses RS2 for karting, and so is reverse compatible for the Mychron4.
Otherwise, AIM would have just made all of the Mychron4s redundent, which would have upset tons of people.