What Causes you to punt someone?

I’ve heard the term, I’ve heard people talk about punting someone out of the way. But in what scenario (in your mind) is this appropriate vs inappropriate?

Scenario: I was in a race where some of the drivers were talking about one specific guy, and the consensus amoungst the field was if this guy gets in your way, you “punt him.” Because if you get stuck behind him, he is a terrible driver and will slow you up or cause a wreck.

I remember standing there hearing this, thinking to myself, is this why you punt somebody? Is this a normal thing people do?

I punted one guy by accident once and I felt terrible about it. Being new I was learning to bump draft, and I actually bumped a guy going into in a corner as he was braking (unbeknownced to me at the time) and I sent him off track. Like I said I felt terrible about it as it wasn’t my intention. To date, that is the only time I sent someone off track; granted I’m new to karting with only 10 months of experience.

So under what circumstances do you see punting, and when is it approapriate in your eyes?

By no means am I a expert on this topic I’m just putting in my view, I would almost never do that. I feel I can just send it a little harder and if there’s a little contact it’s fine. But I don’t ever really think it’s right to punt someone

This is obviously going to vary quite a lot driver to driver or competition level to level, and you’re going to get a lot of opinions. Some drivers might not need much reason to move someone out of the way, where other drivers might avoid any contact at all, to their own detriment sometimes. At club level you’ll get a different level of contact than at a national race.

I believe in an eye for an eye on the track. If someone is driving me dirty and blocking me too hard (in my opinion) or puts the bumper to me, I will dish it back. For me I would need to be provoked into doing it.

If I’m being held up and the pack is catching behind, that would be another instance where I might need to get someone out of the way quickly.

Obviously you have to consider who you’re racing against too. Someone who is a loose cannon might just as well fire you off in the next corner if you move them first.

At SuperNats a few years ago, I was in a pack of three karts, with two guys in front of me. First kart in line is defending fairly. Second kart in line absolutely blasts him into the hairpin and sends him way off line to get through. Now I’m second in line. Lead kart (the punter) is now looking over his shoulder and reaction blocking me on all the straights. This is where I have identified that this guy is a menace and he’s going to wreck me before he lets me by. The best move for me in this scenario was to just not brake for the first corner, load his rear bumper, and shove him up out of the way and get by and get away from him.

With the pushback bumpers, the straight up front-to-rear punt is less common now.

One common theme is, the higher levels you get to, the more you need to assert yourself. You are going to have to push back when you get shoved around or you’ll get walked all over. Finding the right balance of aggression and intelligence is what makes really good racers.

Per usual, TJ explains it well. I will add a minor point that i think is important to the context.

Moving someone to get by and knocking someone off track are two very different things. To me, moving someone is an art and can be done fairly. “Punting” someone off the track is almost always done with malicious intent (OP case being the exception that DOES happen and its ok. Gotta learn.)

To piggyback on that point as well… You have to learn what is acceptable to the other guys you’re racing against as well. For example, there are guys out there who are completely fine with trading bump-and-runs, and will pat you on the back and shake your hand at the scale line after you both just got done destroying each other’s bodywork. But there are other guys who will cuss you out for the slightest tap.

Good example of that was the ending of the Rolex 24 last week in GTD, where both Porsche cars were rubbing, slamming doors, pushing each other wide, going off-track. It was an epic battle where both drivers were going exactly to the unspoken agreed-upon limit in terms of contact. Even when Vanthoor got sent off the track, spinning through the grass and finished P3, after the race he was totally respectful of Jaminet who won and noted how great the battle was. Both drivers were on the same page with how hard they would race.

Rubbing is racing to an extent, but everyone’s definition of a “rub” vs. a “punt” could be different. I think this is why is important for developing drivers to watch other forms of racing too. If you were only exposed to open-wheel formula car stuff, your definition of what is acceptable contact would be quite different than someone who grew up watching dirt oval racing.

The perfect counterpoint to @tjkoyen’s Daytona example, is the late race battle for the LMP2 win. Louis Deeletraz tried to reactively block Colton Herta, ended up losing inside position, had contact, and went off. Sometimes you end up punting yourself, or causing yourself to get punted. Some people learn from that, while other refuse to accept their portion of responsibility, and blame “the punter”.

After skidding through the grass, Deeletraz hung on for third behind Racing Team Nederland, and he briefly confronted Herta afterward.

“He just wasn’t really happy with the move,” Herta told NBC Sports’ Dillon Welch. “I thought it was clean. I was alongside of him, and two into the Bus Stop (chicane) just don’t go, and I had the inside line. It’s unfortunate. I didn’t want the race to end that way for them. These things happen, I guess.”

Ok so I talk like I punt folks but I actually don’t do so intentionally. I have punted folks that surprised me coming round a corner or maybe in a scrum that gets wiggly.

I don’t think there is any situation where removing someone from the racing surface is appropriate. We are good enough at screwing up our own races, no need to disrespect someone else’s.

If someone disrespects my race is it’s annoying but mentally I try to just let it go.

Good destinction- pushing someone out of the way vs. sending someone off the track surface with malicious intent. That helps me to frame it better in my mind.

You have to learn what is acceptable to the other guys you’re racing against as well.

I think this becomes even more valid in the newb stuff like rentals. There’s gonna be folks that are new, new and are simply not ready for your shenanigans like pushing them down the straight, deep, or whatnot. They will likely be “scared” and that’s really, really mean to do. It’s kind of like bullying imho. Also, egos are fragile when new.

Conversely there will be those that rip and are looking for some itch scratching and we can go wheel to wheel all day.

In the big races I do, you get a sense just by pace of who knows what’s up, generally.

I don’t think you were into KP yet when I asked the following question: Am I a Jerk? MIA (Moral Incident Analysis) I punt a guy

it relly maters about what series it is or who it is in most natinal races from my expirince they will punt you if u get in their way vs club races its a bit more tame. its probaly best to punt somone if there slowing you down substantially or as a form of revenge if somone wont strop racing dirty.

There’s a really important distinction between punting someone and moving someone. I would think there’s almost never a reason to punt someone, but having to move someone is not uncommon. In club the only reason IMO to move someone is if they are driving dirty. In regional and National it looks like it’s a lot more common.

Moving someone to get by and knocking someone off track are two very different things. To me, moving someone is an art and can be done fairly. “Punting” someone off the track is almost always done with malicious intent (OP case being the exception that DOES happen and its ok. Gotta learn.)

Have to agree here…rubbing to some degree is racing even if it moves a kart off line, but that is not a punt. I don’t think a blatant punt really has a place in club racing, and its marginally acceptable in higher levels of all racing kart or otherwise. Payback or revenge driving to me is in poor taste as it perpetuates the behavior. A mistake is not a punt either, and I would hope anyone that accidentally took out another kart would own it and apologize.

ya thats pretty much spot on but a punt is hiting someone from behind and forcing them off track while moving someone is sending it from far back and hiting the side of their car.

Or, Nick saying no and squeezing me into the grass with his sidepods. Little bastard.

I disagree. Moving someone can be pushing them deeper in the corner than they want to be (from behind). Then driving under them when they miss entry point by one kart width.

ya thats sort of what i ment i worded it poorly 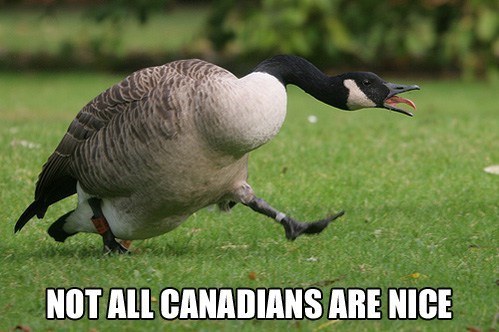 I’m not surprise those guys aren’t nice. They end up as a coat.

I thought moving just meant sending them off the line a bit? Like slightly releasing the brakes to push them wide