Why do you not follow/discuss top level karting?

I reckon Leclerc would probably also compete near the front, given he was also pretty decent at karting (and KZ in particular), being 2nd only to a certain Verstappen. Plus what he was able to extract from the 2020 Ferrari SF1000 tractor shows he’s definitely better than some of the other younger drivers today, lol. I have a feeling that Verstappen and Leclerc having been successful in KZ gave them an advantage somehow, especially where reflexes are concerned. I like watching Leclerc’s pole lap at Singapore 2019, as you can see he has really good reflexes and balls, given how he was able to put that lap together and keeping the car out of the wall! I reckon having had to process all that is required to be fast in KZ just gives these two an edge somehow.

agreed on LeClerc. But we’ll never see because F1 drivers will duck racing karts properly nowadays. Even back in the day Bercy had a separate race for the elite karters. How spicy would it be is Ves and Leclerc jumped back in the World Champs. Can’t see anyone else in F1 who could be competitive at that level in KZ.

It’s why I always felt guys like Schumacher really never ‘left’ karting. Schumi was always happy to get stuck in with whoever whenever. Felt same way about Wheldon. Mad to think in 2001 that Ferrari allowed Schumi to race the Worlds at Kerpen when you think about it.

Wheldon was a wheelman in a kart, and always really friendly to chat with after a race. Plus, he was always still trying to be better in a kart too, he wasn’t there just to have a laugh and turn laps, he was competing properly.
Here’s him asking me how I passed him. 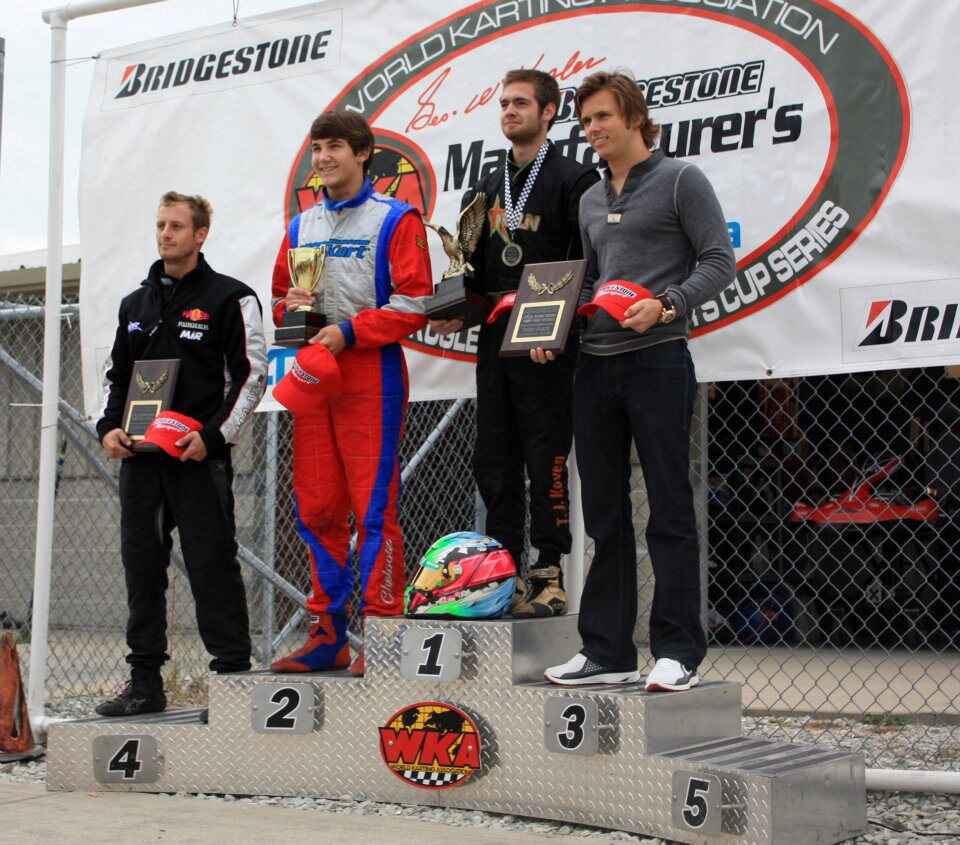 Item worth noting here, I never followed Will Power the IndyCar driver, but when I realized his involvement in supporting Karting, helping to support and promote his young kart drivers and his willingness to put top talent in his karts for additional seat time / exposure (Braden Eves) I couldn’t help but like and follow the guy.

He’s out Karting all the time at GoPro. Has posted many videos of himself, Jimmie Johnson and Scott Mcglaughlin Karting together. Just the other day he posted a video showing the first look at the new cut through / configuration GoPro just completed.

He gave Karting1 our first big interview too. Proper driver back in the day in euro Formula A. Very few out there who are just pure drivers, he was one.

Fernando Alonso is another driver who is always trying to promote karting. I remember before an F1 race there was some karting promotional event and Alonso was standing next to Hamilton, when Hamilton said that he couldn’t remember when last he’d been in a kart. Alonso reacted in shock/disgust, basically telling him how great karting is, etc. Plus it seemed like he derived more joy from watching the young kids racing around their small little track than the later race he had to drive. Then again, he probably would have chose to jump into a kart rather than that McLaren Honda he had to drive!

. The assumption that karting is only a stepping stone is completely false.

While not required to become a professional (paid) race car driver it is clear the average age of top level racers in all classes keeps coming down. What class of vehicle can a preteen person race competitively so that they can move up to bigger faster cars at an earlier age? I am only aware of karts. I think you can start racing at 5 years old. That is also to some degree why the general public doesn’t value karting. Many see it as too approachable, something you can do at an amusement park. Accurate, no, but i think that is part of the image dilemma.

Alan nailed it for me earlier on the thread. I don’t really follow national level karting, because the sport doesn’t built up the personality of the drivers outside of the sport, and the drivers don’t build up a social following themselves outside of “Look at my race results.”

So after a while, it just become a generic race where they all look the same to me, and that’s from a kart racer’s perspective. The only time I watch a national race, is if a local driver I know is in it, because I’m emotional invested in that person’s success. “I know that guy/gal.”

If I was just a general passerby, I wouldn’t care about watching a single kart race, unless there was 1)someone I knew about it, or 2) some really good story telling, telling me why I should.

I don’t know of really any karter that’s going to take the time to make that sort of media investment on themselves, or the sport and get a good return on it.

Granted, that’s why you’ll never get good viewership at an SCCA race either. Amature racing just isn’t attractive to the passerby. “Professional racing” has enough shiny objects and media backing to kind of hold people’s attention.

Maybe the problem is that people don’t really ever see what we do. I bet ya ten bucks, if the average person turned a corner and found themselves at a medium sized race meet, they would be intrigued by the color, noise and activity. Pulling up to NJMP for my first race weekend was pretty cool. Goes back to the whole karting = rental racing (which can be great, too).

Maybe in person, but doubtful as media content.
Unless kart racers invest in telling stories about themselves and the sport, a behind the scenes look doesn’t really provide much investment for people.

If anything it’s just another thing that people don’t understand how it works, and might believe they can’t afford to do. Showing them isn’t enough. Telling them stories is how you get people invested.

Yeah I meant actually in person. Actually seeing it and being there. Like if you went for a day with a friend to a race meet. I know that’s not a practical way to promote the sport but I imagine it sure is effective.

Well, sure. Seeing anything in person in more effective.

Unless kart racers invest in telling stories about themselves and the sport,

key aspect here… ‘and the sport’.

I remember back in 2011 when I did the British Champs out of principle (that’s your story angle) I did get a little following of people invested in what I was doing. Couple of people even turned up to watch. It’s really easy to forget that kind of stuff at the time, but looking back it does act as a reminder some potential is there. People are interested given the right stuff to watch and engage with.

I think the main advantage I had is I couldn’t afford to race so my involvement in karting was from a slightly different angle. To tell stories, the ‘culture’ aspect is very important.

Potential is definitely there. I guess my challenge is to somehow articulate that potential and encourage others to break out and do something.

I think one of the best people I have seen promote karting from a behind the scenes type of perspective are the Stahls and the people who drive in the TB Kart USA team in Florida (they have a couple channels, JaM Racing and White Knuckle Racing, fun for me to watch cause it’s in my area). Although both are LO206 drivers, they do give a story style and more personal video than just their highlights. They explain what’s going on, the good and bad, and changes their making.

Ryan Norberg is another guy that comes to mind, but he isn’t so much as a story guy, but he still gives a good image to karting. It would be really interesting to see some of the big karters at the FIA World Championship or British Champ or some other big competition show karting from their angle and give an engaging experience for viewers to watch besides just highlights. I think it would be more enjoyable to watch in general, as @DavinRS mentioned that just the videos that show their results and highlights look the same and don’t give a unique perspective.

Now I myself am considering of trying to video my experiences in karting and promote it. Worth a shot

My challenge is still to convince my mother to let me and that breaking an axle doesn’t cost $10,000 to replace (she actually thinks that

I follow a few accounts on YouTube that sort of follow that insider vlog format, a big one being the (mainly) drifting channel noriyaro. I literally don’t follow or even really like drifting that much, but Alexi does such a good job curating a nice mix of just wandering around paddocks at events, explaining the culture, and doing on-board videos that I really enjoy watching his stuff, even if the content isn’t something I’m really invested in. Through is videos I actually am learning and getting to enjoy the whole drifting scene more and more, which I think is a format karting could really benefit from.

Any time we are getting into a new hobby or whatever, there is an intimidation factor. Being new, you’re not part of the scene, you don’t know the lingo, you don’t know what to do or expect, so actually pulling the trigger and getting out there and immersing yourself can be daunting, especially if you have some rather heavy social anxieties like many of us (including myself) do. I think a behind-the-scenes format would be very beneficial to exposing some people to the sport without forcing them to actually get off their butts and go hunt down an event to wander around out and then possibly be too timid to ask questions or dive in. Bring the event to the people. That doesn’t mean posting just on-boards or results, race reports, and race coverage, it means showing them what other things are going on logistically other than the racing. Racing is easy and straightforward to explain, it’s the whole reason we do this. The background stuff is the more difficult thing to understand if you are new to the sport or trying to learn in my opinion.

This year I’ve bought a few cameras and am hoping to create some similar content for my YouTube channel.

Anyway I’m off-topic. But of course these types of vlog or insider videos would be obviously pretty cool to see at top-level karting events. Just a different audience.

This year I’ve bought a few cameras and am hoping to create some similar content for my YouTube channel.

Looking forward to this!!

Maybe it’s just gonna be grassroots always. It doesn’t televise well, it seems. Hard to understand for the un-initiated.

Most sports don’t televise all that well. Add drama, tension, consequence and anything can make good TV - 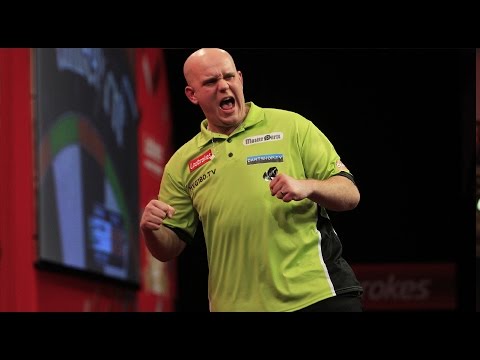 [quote=“Bimodal_Rocket, post:38, topic:6939, full:true”]
Maybe it’s just gonna be grassroots always. It doesn’t televise well, it seems. Hard to understand for the un-initiated.
[/quote]
I very much enjoy watching coverage of European races. Totally professional, unlike coverage we’ve gotten here in the US. I remember seeing one race here in the US were some shots were of a different race than the one reported to be covered. They had a different engine in some shots. The coverage was way too artsy! Not enough cameras, while in Europe they have a lot of cameras with continuous coverage of the whole track. Every moment of the race covered. I very much enjoy it.

Unfortunately, the races I have seen rebroadcasts out very old races. The last one I saw had to be about 10 or 15 years old.