Why do you not follow/discuss top level karting?

Look up GForce.tv on YouTube, there’s a regional kart race called the Oktoberfest Grand Prix. Lo206 kart race. “Regional” level. It doesn’t need to be on TV, this is a broadcast after the fact for free on YouTube. Now, Gforce has sponsors and a whole production crew even if it’s a skeleton crew amid Covid. There’s dedicated services and payperveiw stuff on Speed51, there’s dirt vision there’s a bunch of them. Podcasts, Speed51 even does analysis type shows called The Bullring. Covers the chilibowl, covers new symirna, speedweeks, dirtweek, Hell Tour (28 days at 28 different venues on dirt, straight) Snowflake, Snowball 100 there’s Gforce Race Chat for Ontario stuff dirt or asphalt. I’d watch Pollard and Nasse bang doors every night of the week if I could. There’s so much content you have to pick and choose what to watch and what to keep an eye on because there’s such an abundance. The only reason I even know about Florida winter tour, Daytona kart week, or CKNA grands is because of word of mouth. Zero coverage in comparison to other forms of racing.

The world famous TJ Cohen (announcer messed up)! Seriously though, I really like the pre-youtube video footage. Feels like a tv show.

Before I was “world famous”, clearly

Well that gap speaks of things to come then! 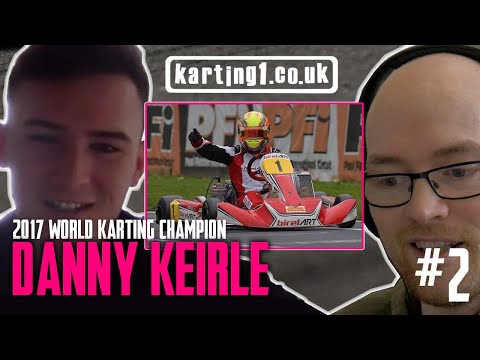 Some cracking set up advice from Dino Chiesa too

Looks like Margay are creating something ladder-oriented around their team and drivers. Not sure if there will be a human interest element to it… I guess we’ll see… 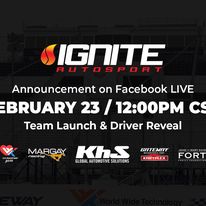 The car stuff was an instant turn off for me

They had me at “karting can be your foundation or a destination… a destination fueled by competitive fires, driven by friendships built shoulder to shoulder at 60mph.”

I’d think that “what’s next” would be a shifter kart, but that’s not something that comes out of St. Louis right now.

IAME Winter Cup qualifying in Spain happening right now, haven’t ever really watched that much live karting so going to give it a go today