One of the things often asked of us, is what it is like to drive the vintage karts, and well, lets put it this way, some of them, especially the old rear engine karts are just flat worn out and have had so many things done to them or have spent a couple of decades being abused as yard karts. They just are not worth saving and certainly are not exactly safe to race with on the track in the Vintage Karting Association. Don’t get me wrong there are old karts out there worth saving and that still have life in them, most do not. I’ve raced a number of times in a kart that we restored, a 1968 Bug Sprint. A beautiful kart, but the front axle and spindles were wrecked when got it to the point we had to replace the entire front end. 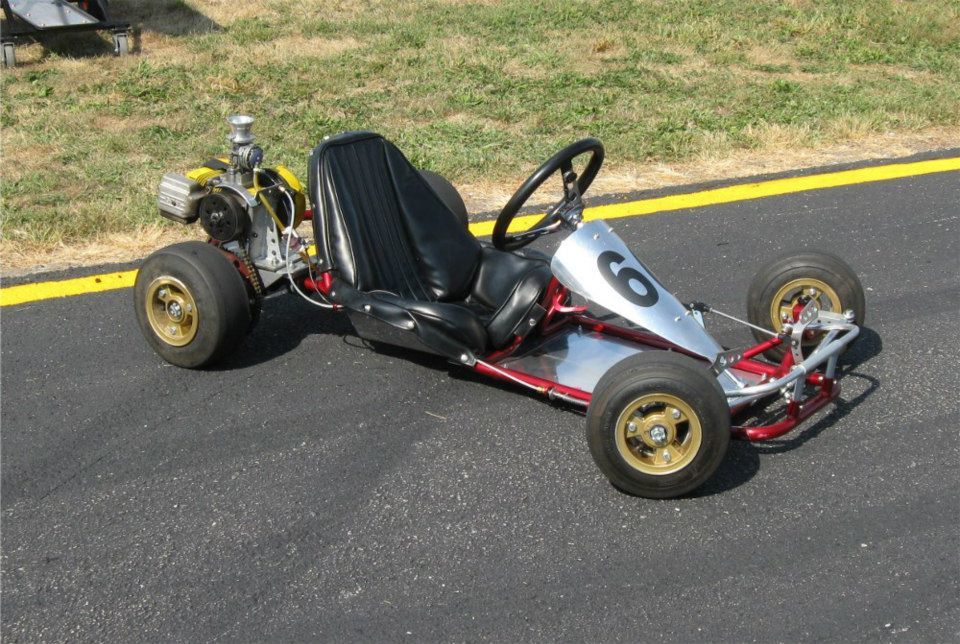 So when we decided to build our own reproduction kart to race, we went back and looked at what was not on the track. My dad started racing karts in 1959, he never saw an Alley Kat II that was not broken. Yet we read old articles about it that raved about how good the kart was even though it was not around for but a couple years of production. We put out some feelers and actually found someone that had one, which of course was broken. They all broke at the seat back, material and welding was not the greatest back then. This individual was kind enough to draw up detailed drawings and pattern traces off of his kart for us and send those to us. In the Vintage Karting Association it is okay to run reproductions, up until a couple of years ago Bugs were still being made, Darts are still being made, King Karts are still being made, SAE are still being made. As long as the kart resembles the original and share many of the traits they are legal to race. And lets face it, some of these old karts are pieces of history that need to be preserved, whereas if you wreck a reproduction, we are not losing that history. So with that our journey began with building some reproduction Alley Kat II’s. This is video from the building of my kart that I race in the Dual Rear Engine class in the Vintage Karting Association. It does have a twin so to speak, as a single version as well.

Part 4, Let there be paint, and get some help on things…

Part 6 Testing at the Track:

Part 6.1 The end of the building, time for racing: