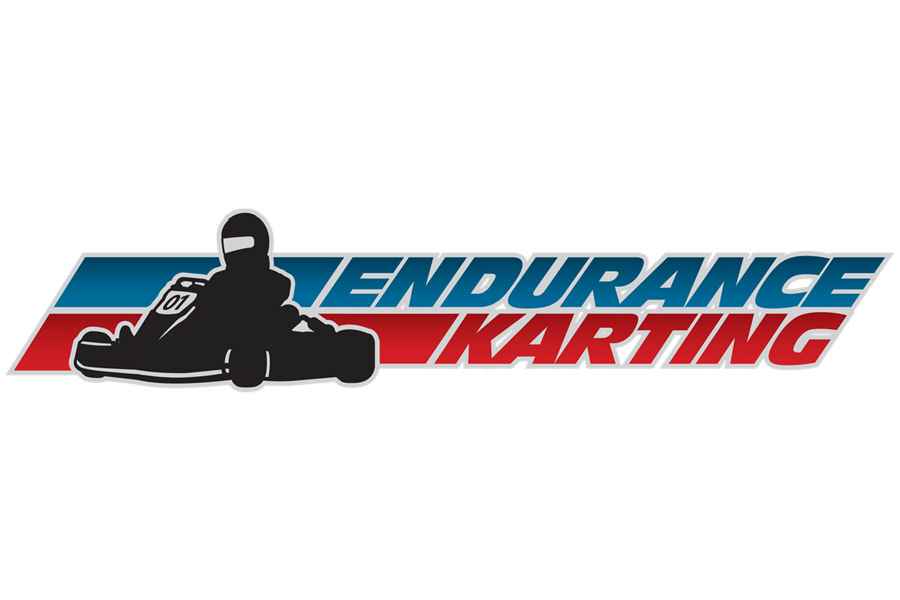 Continuing for its 18th season of no license required racing, Endurance Karting is proud to expand its schedule and return to the historic facilities of Lime Rock Park in Connecticut and Daytona in Florida, as well as a stop in Georgia for the first time since 2016. 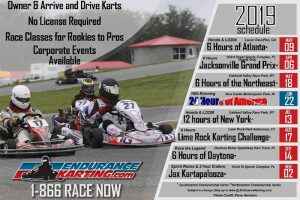 “Our racers have been begging for us to be back at these places for a couple of years and we heard them,” said Chris McCoy, Endurance Karting owner. “We’re especially excited about Daytona and Lime Rock because of the epic venues and Atlanta because it’s the home of Endurance Karting’s parent company, ProCup Karting, and we have an avid fan base here anxious to get back in an Endurance Karting Honda Dino.”

Endurance Karting’s 2019 season kicks off on March 9 at Lanier Raceplex in Georgia and will feature a custom-designed track layout. Held near famed Road Atlanta, the “6 Hours of Atlanta” race will host Honda Dino Karts and Briggs and Stratton LO206 entries.

On April 6, Endurance Karting heads south to Florida for the 17th running of the six-hour “Jacksonville Grand Prix” karting competition to benefit Spina Bifida of Jacksonville at the 103rd Street Sports Complex before heading back north to New York for the “6 Hours of the Northeast” event on May 18 at Oakland Valley Raceway Park.

June 21-23 marks the historic 10th running of the wildly popular “24 Hours of America” endurance karting race at New Castle Motorsports Park in Indiana. Racers will have the opportunity to compete in the massive marathon event and enjoy being a part of one of Endurance Karting’s most exciting events yet.

The second-longest of Endurance Karting’s events which also includes the last quarter of the event being contested at night under the lights, the “12 Hours of New York,” will take place on July 13 as the organization returns to Oakland Valley Raceway Park for the second time during the season. “Endurance Karting first visited the venue in 2018, and the response was so great that we added two dates for 2019,” noted McCoy.

In the fall, Endurance Karting will head to Lime Rock Park in Connecticut on August 17 to tackle a freshened version of the venue’s legendary autocross track and participants will be able to tackle the downhill sections and wide, sweeping turns in the 6-hour “Lime Rock Karting Challenge” race.

Next, the schedule moved to Florida where the “6 Hours of Daytona” event on September 14 accommodates either Honda Dino Karts or Briggs and Stratton LO206s. Except for the World Karting Associations’ Manufacturers Cup series, Endurance Karting offers the only opportunity to race karts inside the fabled speedway.

To wrap up an amazing calendar of endurance kart racing, Endurance Karting will conclude its 2019 year with the “Jax Kartapalooza” event back at the 103rd Street Sports Complex in Florida. A fun, challenging event that includes sprint races and a 3-hour endurance race under the lights, this will be the grand finale to a great season.

Additionally, two prestigious Endurance Karting championships will be contested during the 2019 season. Racers will have the chance to vie for a title in either the Northeast or Southeast regions, and teams that enter three or more Endurance Karting events will be eligible to accumulate points. Upon completion of the racing season, Endurance Karting will award the winning team in each region with a championship team trophy and individual awards for each member.

Currently, one other southern‐based venue is currently being considered for the addition of another event in the fall and information will be released as it becomes available. For more information, or to register, visit EnduranceKarting.com or call (866) RACE-NOW.

The official 2019 Endurance Karting schedule is as follows:

All dates subject to change