Not f1 but it’s related: 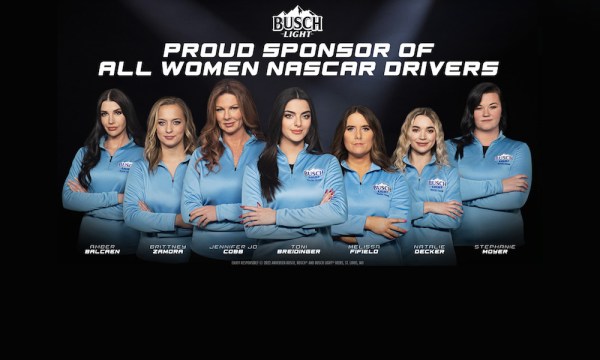 Busch Light is launching a new program aimed at creating more gender equality in NASCAR, particularly on the racetrack. The Anheuser-Busch brand has committed to spending $10 million over the next …

I don’t think really think it’s F1-related at all, but it’s nice to see companies funneling real money into these initiatives, instead of just talking the talk. Writing checks is half the battle these days, so if someone wants to step up and fund quality female drivers, that’s great.

Edit: Made this into its own thread, only fitting to have a NASCAR thread too since we have an IndyCar and F1 thread.

Well we don’t have a catch-all for nascar, Indy etc. I’m not sure where to put the motorsport news, in general.

I regret my Busch lite moments but they were very affordable priced.

Well, looks like Larson is off to a good start this year… Its there anything that dude can’t drive?

Shoutout to my wife’s uncles team for taking home the W in Xfinity…. 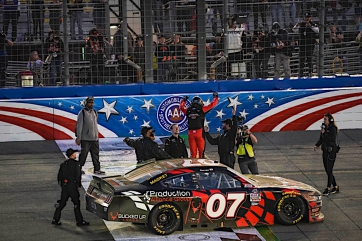 Dotter has a huge fan base here in WI/IL area. So many were happy for him.

Kimi’s NASCAR debut this weekend at Watkins Glen. I’ve been given a lead on a twitch feed DD12__ (2x underscores) for a streaming coverage. Not sure how it will work out but I’ll tune in anyhow.

What are the race timings?

Kimi really showed some speed, moving up in stage 1 and 2. The crash is just pure bad luck.

Typical Kimi answer, I do not care about anything, except he has been giving quite long answer to interview questions this weekend. @NASCARonNBC
"Why not?" Kimi Raikkonen explained why he wanted to run a @NASCAR race, and what @THProject91 could do for those abroad wanting to get a taste of the sport. https://t.co/dtCGor4pac
2 Likes
Alan_Dove (Alan Dove) August 22, 2022, 2:11pm #10

They could all be bad races, but, most importantly, they’d be Kimi races and we wouldn’t care. He’s got a point about bringing Euros to Nascar as well.

He’s got a point about bringing Euros to Nascar as well.