I’ll take the liberty of starting the topic, since I’ll be actually racing.

Gives me a good chance to share my very professional press release as well.

Korsasport Karting Development, one of the country’s leading resources on kart driving and tuning, is pleased to confirm the return of TJ Koyen to national karting competition this weekend at the USPKS event at Road America in the KA100 Senior class.

The 2008 Manufacturers Cup National Champion is excited to get back to top-level competition.

“Yeah I’ve spent most of the last two years binging Dots pretzels with my ass on the couch, but I’m hoping the physical toll of raising a toddler is enough training to keep my head from falling off by Friday afternoon.”

Koyen’s most recent foray into official competition was the 2020 USPKS event at the same circuit, bringing home a 19th place finish and a DNF in the two finals.

“Last time I competed, I was pretty unprepared and the results showed that. It took me a few days to knock the rust off, so the speed wasn’t there until Sunday and then we had engine issues all day and barely completed a session.

This year, my extensive training regimen which consisted of a few practice days in the kart, about 12 total push-ups, and comprehensive testing of new beers should mean I will be fighting fit from the first session. Or at least once I sweat out some of the excess sodium from my body. I really have been eating a lot of these delicious seasoned Dots pretzels.”

In Koyen’s most recent full-time national season in 2018, he picked up back-to-back national wins in USPKS competition at GoPro Motorplex and ended the season as vice-champion in the KA100 Pro class.

“Have you guys tried the other flavors of Dots pretzels? I like Original best but Southwest is good too. The hint of jalapeño is a nice kick. Oh yeah, 2018 was a good year where I think we showed with the right package, I can still pull out the result every now and then. Now, even with the physical strength of a 13 year-old and the lack of proper sleep dulling my mental acuity, I think we can make something happen out there on the track. I just hope this constant stomach ache from eating almost exclusively Dots pretzels doesn’t hinder my performance.”

This event will likely serve as a continuation of the 31 year-old’s ‘soft’ retirement, as TJ and his wife Jacque are expecting their second child in October.

“Even my two year-old likes Dots pretzels, though he mostly just licks the tasty, dusty seasoning off of them and then throws the pretzel under some furniture.

But yeah there’s basically no way I’ll have time to race once this second kid gets here, so hopefully I don’t embarrass myself too badly and damage my two year-old’s opinion of me. I hope his long-term memory isn’t strong enough to hold onto ‘that time dad got his ass kicked by a bunch of 15 year-olds racing his tiny racecar in the woods for a plastic trophy.”

Koyen will be piloting the Korsasport #968 Exprit kart powered by Innovative engines with support from Franklin Motorsports. Long-time friend and fellow national champion Tommy Andersen will be spinning wrenches and yelling at TJ to go faster.

To follow along with the event and keep up with TJ’s fight to try and crack the top 15 or be involved in a incident to at least get on the video feed, you can view live video coverage on KartChaser’s YouTube channel and follow live updates via eKartingNews’ Facebook. Korsasport will also be sharing updates via our social media outlets.

And if Dots pretzels is looking for sponsorship opportunities, please reach out to Korsasport’s PR department at [email protected]

*I don’t have a good pic of my kart or me driving but here is a clip of Fletcher showing my strategy for the opening lap of the final.

Honey Mustard is my favorite.

This year, my extensive training regimen which consisted of a few practice days in the kart, about 12 total push-ups, and comprehensive testing of new beers should mean I will be fighting fit from the first session. Or at least once I sweat out some of the excess sodium from my body. I really have been eating a lot of these delicious seasoned Dots pretzels.”

And they say we aren’t athletes.

Regarding your sons line: this is clearly him rebelling and indicating that he will race oval and be not at all like his dad.

Good luck at the race!!

I was surprised when I drew the track he started running it and following the layout.

Maybe he’s been sneaking on my computer at night reading your posts Warren!

Does he have a bewildered look in the morning? That’s the true tell when people read my stuff.

But seriously, it must be good genes. Also, congrats on your next bundle of speed arriving in October!

usually buys me at least 30 minutes of silence!

I was hoping to see at the end of it a confirmation of the sponsorship dots pretzels must have been providing, alas, it is not the case, and I don’t have any idea what dots pretzels are.

I have a couple of thoughts, one is a 13 year old would have no problem driving a ka, so i think your strength is probably more akin to an eight year old. I forgot my second thought because I’m older then you.

But in all seriousness I admire your bravery/confidence/audacity to jump into a USPKS race. I don’t think I’d be anything like competitive enough to just jump in that level and I’d be too afraid to try.

(p.s. congrats on the fertility, you’ll be racing more afterwards to escape

Good day today for unofficial practice. Started well, went quick enough for top 10 in session 2, tried a few things that didn’t work in session 3, back to our baseline for session 4 and it was decent again, then tried more things in session 5 and it was quick, maybe top 5. I hate to get upbeat about a Thursday practice but it felt pretty good today.

Road America is an odd kart track. I really enjoy the track actually, but there’s always very little grip. The people that end up quick there seem to just accept that they arent going to be able to get the grip they want. If I did it again I probably would have tried raising the rear ride height, but that was over my head when I was there some 14-15 years ago

Best of luck TJ. I’m sure you’ll do awesome, and regardless, will look stellar

15 years ago the track was much different compared to the smooth surface now after the repave. Since the repave the grip level has been really low. We had our guys in rain setups there a couple years ago. Every year it wears in a bit more, and this year it is still low-grip but much more normal than last time I was here. For reference I was on MXJ wheels, Q axle, caster in etc 2 years ago here and yesterday I was happiest on a completely neutral setup.

I am interested to see how the track evolves, because right now the task is getting the kart to roll off the corner without putting too much pressure on the tire because the limit of traction is very low. We did some experiments yesterday trying to generate side bite and the tire just wouldn’t take it. It will still take a slightly unique setup to make things work here, and the big thing is a lot of driving finesse. Today if rubber goes down we might start to see the possibility of going for more side bite but I’m not sure.

Fine, I noted off-hand yesterday after the first session that my neck felt fine and my buddy laughed and reminded me we had only done 7 total laps so far.

Two physical things I’m dealing with; I slept on my neck weird earlier this week so it’s been stiff all week, so that’s a cool thing about being 31. And my kid has conditioned me to wake up at 5am so I’m bright-eyed and bushy-tailed here already this morning.

Best of luck this weekend, like many others here I’ll be watching and rooting for some success for you!!!

Hopefully the neck gets better, I’d kill for my 31 yr old body again, when you get old enough new weird injuries from simply sleeping wrong are part of my daily routine!!!

Will the race be streamed? Is this a Xander and gang event?

Yeah I’m super bummed I can’t get down there this weekend. Would be great to see TJ, Xander and so on… 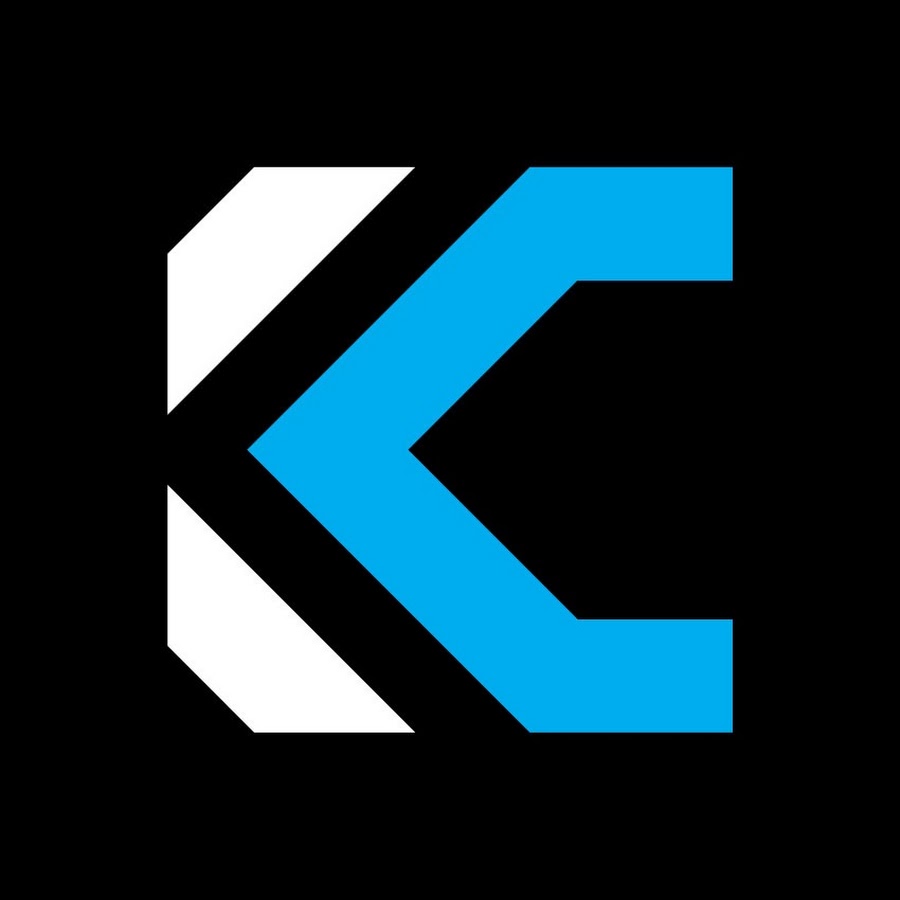 Cool videos and content on the top levels of kart racing in North America. Created by: Trever Blue and Xander Clements

Friday report from the Team AMV Wheels old dudes running X30 Masters, myself and @Paul_Montopoli. We both ended up pretty satisfied with our setups after happy hour, though we were pretty much the only people who weren’t on new rubber. New tires should really help us out once we get to qualifying, but as always it’s a stacked field of very talented drivers in X30 Masters.

To tie into another topic, I made a change to the axle that really helped the balance. Paul secured some axles from AMV, so I have been using the Medium, which comes from the factory 1040mm in length. For the last session I cut the axle down to 1010mm, and it really helped throughout all phases of the corner. Prior to making the change I was struggling a bit with the kart not being responsive enough on initial turn in, not getting good release on exit of the corner, and just generally sitting too flat. Cutting 15mm off of each side of the axle really helped to correct these issues. You theory junkies are welcome to have a field day with this one

I have been using the AMV Tiger wheels in order to generate maximum grip given the aforementioned track conditions. Tomorrow I’ll be trying the standard wheel (3F), so we’ll see what happens!

Really tough day in our pit yesterday. Skipped session one because the track was damp, session two I had my throttle cable slip and was only getting half-throttle, session three I threw a chain trying to jump the first corner chicane too hard, and the the last sessions we just could not get the kart where it needed to be. Frustrating to go from the highs of Thursday and not improve at all on Friday… we made some wholesale changes now that the track is starting to come in and tidied up a few little issues with the kart and we have another game plan today.

To cap it off, I got pretty dehydrated last night and got sick and then couldn’t sleep so I’m not in peak shape this morning, though certainly better than I was about 10 hours ago.

Bummer. I hope you get your hydration sorted. Nothing worse than trying to race with a pounding headache. I am stoked to watch this. Gooooooo TJ!

Mr Batt and Mr Montopoli will be fun to watch as well! Go get those masters!