From Alan Dove on FaceBook
Worth a read and I’d hate to see it disaapear into the trancience of facebook.
I’ve always admired Alan’s perspective on things. He keeps it real.

Alan’s been kind of on and off on publishing the last few years, which is a shame. He started karting1.co.uk sometime ago, still some great nuggets of info over there. 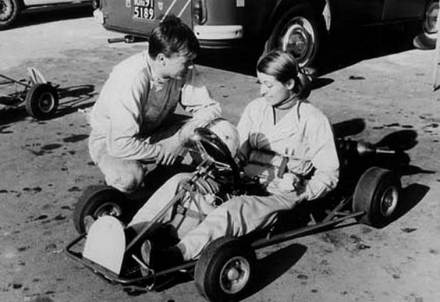 While reading through the press releases for the EU funded FIA ‘Girls on Track’ program, it struck me pretty hard the absolute absence of reference to the most successful female karters…

While reading through the press releases for the EU funded FIA ‘Girls on Track’ program, it struck me pretty hard the absolute absence of reference to the most successful female karters in history. Michelle Mouton even states on the FIA Women in Motorsport Commission’s website:

“The mission of the Women in Motorsport Commission is to encourage, support and promote more women in all aspects of the sport, and our objective for the next three years is to concentrate on competition. Karting is the grassroots of motor sport. Awarding a trophy to a promising young girl is a symbol of encouragement for more girls to persevere, not simply a reward for a purely feminine achievement; there is still a long way to reach the top in this highly competitive sport”

See, the thing that should be glaringly obvious to any motorsport journalist worth their salt is that a woman has reached the pinnacle of karting – Susanna Raganelli, the 1966 World Karting Champion. Yet, none picked up on this (Though props to Adam Cooper for mentioning her on Twitter a few years ago). It was just just the usual wave of bland retweets and the odd regurgitation of the press release on a website here and there. 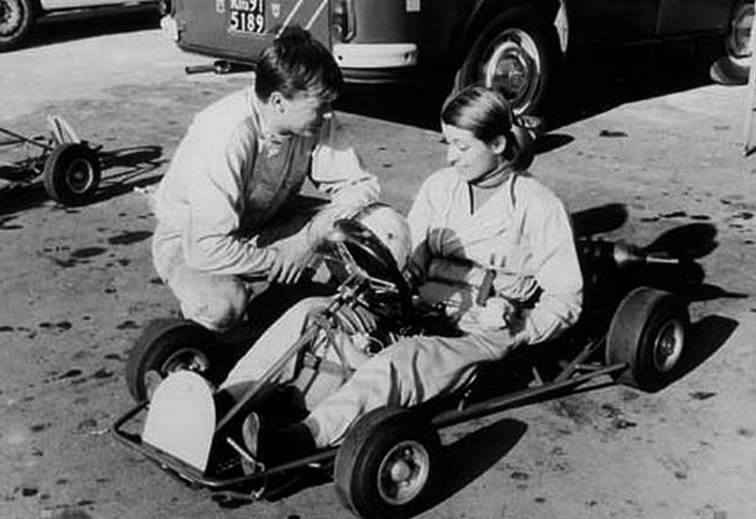 Even worse still, nowhere, or at least from what I can find in any of the literature for the FIA bar one mention buried deep in the CIK’s website, mentions this fact either. It is absolutely extraordinary that this should be missing, and it raises some serious questions about the motivation of this project, certainly as it includes government funding. I guess stating women have already reached the top of karting might make attaining funding rather more difficult for a urban slalom karting event.

While it is the case motorsport needs to look at why such a large proportion of the population doesn’t choose to race, even on just the basis of basic economics, is it wrong to think that the successes that women have had in karting should at least be mentioned by the very programs designed to encourage women to race? The roll models are right there, ready to go!

Karting, contrary to what some may believe, is probably the most competitive all round motorsport on the planet. Nothing is as accessible or has such a wide range of talent, even if in recent years the top CIK levels are a bit out of reach for most. Even still, a club race at PFi is as competitive as any international car race. So ignoring Susanna’s achievement, again, is bemusing. To get to the top of karting is an astounding achievement, highlighted by Senna’s borderline obsession with trying to win it.

Susanna Raganelli is not alone in her success. Lotta Helberg won a round of the European Formula Super A Championship (arguably a greater achievement than Sussanna’s as FSA was a bloody competitive class back then) as well as competing at the front of many top level events. Max Verstappen’s mother Sophie Kumpen won the Margutti Trophy in Formula A. It is somewhat striking that these didn’t inspire a wave of young women to race, though karting is somewhat a niche motorsport not often mentioned in major media outlets. Though I would like to add at this point that the issue of women in motorsport, or lack thereof, is a hugely complex multi-layered subject I am not going to get into here. 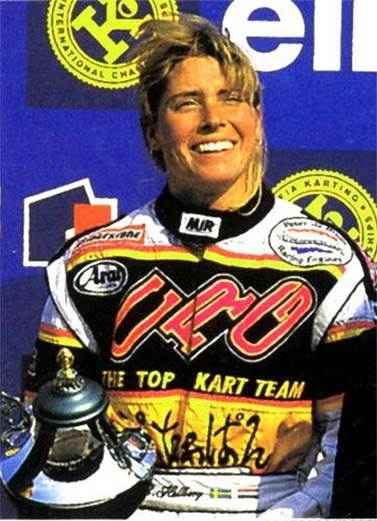 Either way I thought it necessary to raise the fact that karting, probably my favorite motorsport, has had major female success. The fact no one, outside of fringe websites, seems to be even mentioning it is utterly bizarre to me.

I’d never heard of this story before. Very epic.

Yeah, really strange how low profile the Raganelli story is!

"No, we haven’t forgotten her. Lotta is still in our hearts even though few years have gone by since we last featured her in Vroom. On 11th February it will be 12 years since Lotta Hellberg passed away, killed by a dreadful disease. She was only 34 when she left us, and I cherish very dear memories of her. She was a special person, even when she could no longer reveal her beautiful blond hair, as a result of the chemotherapy.

She was also a super fast driver, leaving an extraordinary mark in our sport. She still holds the fastest lap record of the Lonato circuit (the short layout).

Her laptime, 39”811 set in the final of the 1996 FSA European Championship has gone down in history. But in the free practice she even lapped below 39”. It was her time and I really hoped that she would win the aspired continental Trophy, like Susanna Raganelli had done thirty odd years before. But the Swede with Dutch passport didn’t win it after all. I then wrote few harsh articles commenting on her failure, but what I didn’t like was the thought of her having blown her chances. I remember that she too was upset for what had been written about her. We had a go at each other, and that was it for a bit. Then we made up when I was taking some photos for CRG and Lotta was there as model, again in Lonato."

Incidentally, the CRG Charlotte was named after her.