I have questions about Aixro power and how the engine power curves are measured. I’m starting with the situation and setup description. The questions are at the end. Skip to the message end if you prefer.

I connected Aixro XF-40 to an electrical generator and tried to check the maximum power I can get from the engine. My target is to get about 10-14 kW for a long sustained run and at least 20 kW for a few minutes. Maximum time may be limited by main bearing temperature. My problem is that I cannot pull more than about 16 kW from the engine. E.g. I reached 16 kW at 6250 RPM. This happened when the throttle valve (in carburettor) was opened at 63 % and the peripheral port valve was opened at 28 %. Opening carburettor or peripheral port valves more is not helping. Power at the same RPM is not rising when opening the valves more. The only effect is that EGT is dropping a bit sometimes (indicating a richer mixture). Based on the official RPM-power charts of Axiro I’m missing about 5.9 kW of power at 6250 RPM. 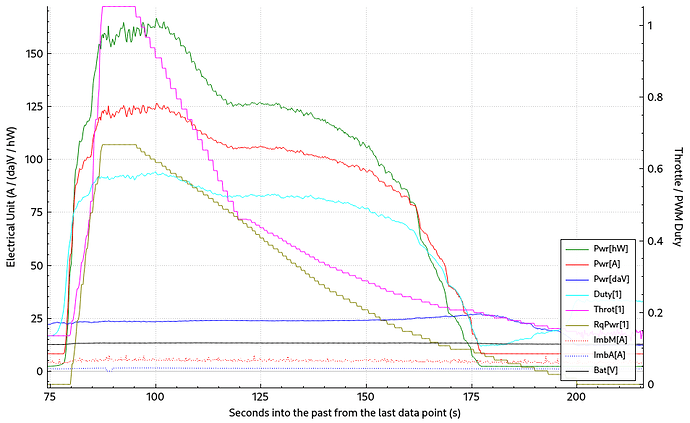 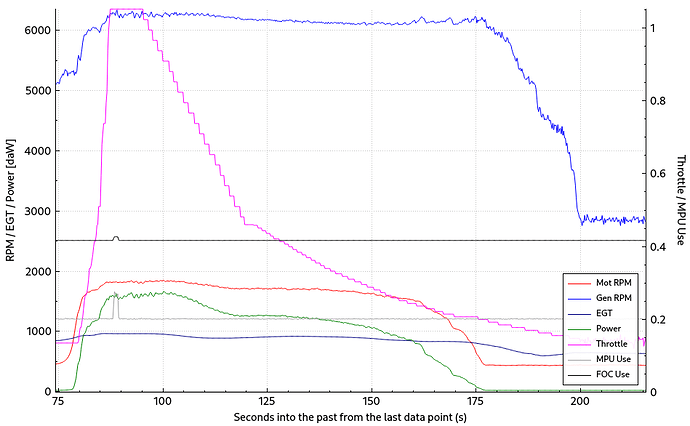 I tried to do a lot of similar tests at about 5300 RPM where I’m missing about 2.8 kW in my experimental measured data compared to the official RPM-power charts.

In general it all looks the same. Adding more throttle (while generator load is not allowing Aixro RPM to increase) is not helping after reaching the power limit of about 16 kW on RPM 5000 and more. This upper power limit seems to be there regardless of the Axiro RPM in the range from 5000 to 6400 RPM. I did not try higher RPMs than 6400 yet.

Setup:
Aixro XF-40
Bing 84 carburettor
100 octane gasoline (100 octane used since it should be without alcohol)
2T motor oil mixed in gasoline (gasoline to oil = 50:1)
a permanent magnet generator connected to Aixro with a timing belt
a controllable load on the output of the generator; the load makes sure Aixro RPM averaged over one Aixro shaft revolution is stable

The mixture seems to be about right based on the spark plug colour (reddish-white). Compression is OK based on turning the engine by hand. A new oversized air filter is not helping.

There are 2 differences when compared to a standard application where Aixro is connected to a cart back wheel shaft or to a propeller:

My questions:
Can point 1 or point 2 in the previous list be the reason why the output power of our Aixro is limited to about 16 kW.
What else may be wrong?
What kind of dynamometer is typically used when generating cart engine power charts (like Aixro)? Is it inertia sweep dynamometer?

However, this may not be a practical use of this engine. A couple of years ago I asked Aixro about using the XR50 for kart road racing and was told that it cannot be used for that (only sprint) due to not enough lubrication “out of throttle time”. I would think using one with a generator would put even more stress on the lubrication issue.

Does the XF-40 have an oil injection port or a different lubrication system than the XR50, or did you add an external system?

BTW - getting 16kW electrical from 20ish kW from the motor is fairly good.

XF-40 has the same lubrication as XR-50. No special port for it. But 20 kW is not that much compared to abut 26 kW it should provide at 6500 RPM. And I need it only for a few minutes. I have a thermocouple to measure temperature around the main bearing and I can lower power[1] automatically from firmware if its temperature is nearing 140 °C maximum.

I’m not that much concerned about the main bearing temperatures yet. I hope it will not be such a problem. My biggest problem is the huge discrepancy between the power I expect from Aixro and the power I’m actually getting. And why the power is not rising when I open throttle more. All the electrical systems work at their optimal efficiency points so I should be losing only about 8%, at most 10% of power due to conversion losses from aixro mechanical energy to electrical (which is what I measure).

I have found a restriction in the fuel line. That may be it if also the fuel pump is weaker than I would expect. I’ll post again when I find out what was wrong.