I’m curious why we don’t see American karts (Margay esp., iKart, etc.) winning on the 2 cycle National stage? Ever since I’ve been involve (2000) I’ve not seen truly equal performance, although there’s been some standout drivers/drives.

Is it simply a numbers game (the Euro 3 being the fad, thus better odds?) or is something structurally “wrong” with American karts that make the proposition of winning harder?

I’d think that our Engineering and research could have caught up to the Euros by now, but I’m not seeing it in the results over the past decade and a half… MGM seems successful in the 4 cycle side of things, and they’re branching into KA, so we’ll see what happens…

I think a lot of it just the manufacturer’s focus and target market.

I’d hazard a guess that there’s a larger market for four stoke and with the 206 continuing to grow it makes sense to place an emphasis esp for margay with their ignite series.

I don’t think it’s anything to do with ability, it just makes more business sense to go with the four stroke classes vs the shiny object of two stroke “series”

iKart had some really good races in TaG/X30 at the national level for a while, especially with Rios at the wheel.

Their kart is pretty radical though, so it seemed to be hit-or-miss whether it won every weekend.

Margay dominated national level racing from Yamaha to TaG and even ICA in the early-mid 2000s. And they sold a lot of karts because of it. Of course we can build a kart that is as good as a Euro kart. Buying an OTK or BirelART or CRG guarantees that the kart isn’t the issue, because we all know those brands can win. Buying an American kart that isn’t proven at the highest level could make the owner question whether the kart is good enough or not. It’s more about perception than reality. Margay was able to sell a lot of karts because they were really showing well consistently over many seasons.

What is there to gain by buying an American kart? Maybe the buyer gets a feeling of pride that they spend their money on an American business, but that feeling lasts until about the first race weekend when they don’t win out of the box. If an American company presents a good kart that is winning at the highest levels consistently, it can succeed and grow. Even then, it needs continued support from shops and race teams at all the races pushing the brand and helping the drivers.

From a race team’s perspective, that sounds like a lot of work rather than just ordering up a few OTK/CRG/BirelART frames and knowing you’re on the right track.

Agreed with TJ. The American karts that I’ve seen do well have had consistent support and development, like any other established product.

If the work isn’t put in, they don’t perform and people don’t buy them.

That’s kinda’ my point…why aren’t American manufacturers pursuing the pinnacle of karting performance and image? I seem to remember Caleb Loniewski on Margays doing well… But I don’t see American karts poaching the Euro market…instead, Tony, Birel, CRG, Italian one-offs, etc. and IAME all come here to poach our market. I’d think that an American company would have the brass and the will to develop a world-competitive chassis and push for international success with it… I mean we’re talking tubes and TiG here, not F1 level tech or expense… Shoot, the Phantom oval operation has enough tech (CNC bender and robotic welding) to take on the “big 3” of they could be convinced to stop playing in the dirt…

) I’ve always liked Margay as a domestic marque, but wouldn’t buy a chassis from them on another because it’s not a “proven winner.” That said, I’m about to go have fun on an old ProX that’s my age… To the original point, I’d think an American company would want to do whatever it took to capture the American market, then push beyond.

Related question: 4 stroke is mainly a US thing right? It’s huge in dirt and making big inroads on sprint. Do the European pros hop on an lo206 for some races like TJ? Or is it not a thing at all over there?

I would suspect we have us manus that lead in the 4 stroke space.

I would guess the companies that have the tooling and technology to build a proper competitive 2-stroke world-beater are companies like Phantom, as you said, and for themselves, why bother? The dirt oval market in the US is massive compared to sprint karting. There’s no real benefit for them.

To get a kart that can even be run in CIK/FIA or WSK events, it needs to be homologated, which is something that narrows the player pool of companies that could build the kart even further. There is great cost, time, and effort to get a kart homologated.

Related question: 4 stroke is mainly a US thing right? It’s huge in dirt and making big inroads on sprint. Do the European pros hop on an lo206 for some races like TJ? Or is it not a thing at all over there?

206 basically doesn’t exist in Europe, so not really. I would imagine the real “pros” over there are busy doing things like testing, developing karts and engines, mechanic-ing, and working in-factory when they aren’t competing. That’s generally what a “pro” kart driver’s life consists of.

Thanks for the explanation.

Nop , 206 series is unknown here in europe , just a few of us know and share opinions for that great race series , the top kart drivers here make some extra fame by driving formula Gloria , or formula 3 , or trying rally cars .

Lol, listen to Keith Freber’s interview on EKN’s podcast, you’ll learn some history and probably change your point of view (tl;dr they’ve been there and did that): 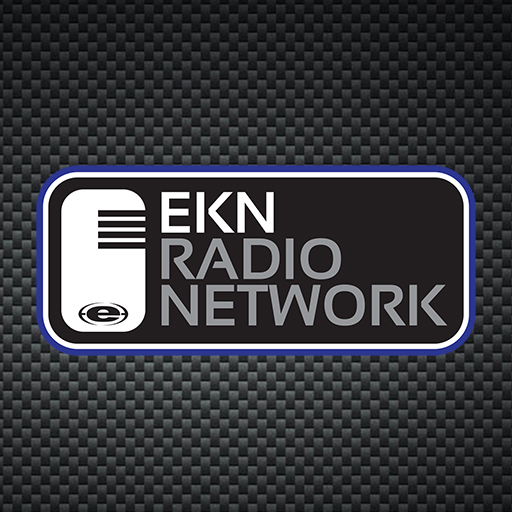 I’ve actually always had an affinity for American Mfrs, and have talked with Keith directly about engine stuff before… I just wondered why the Euro marques seem to be the top choice of upper echelon faster classes. There seems to be some differences in metallurgy (CrMo types), and I am not sure what geometric differences there are. Engineering tends to focus in on similar designs over time as the balance of utility and ease of mfr. resolve…see: all American cars today – slap different badges on and you could rarely tell the difference… Anyhow, all that to say, I’ve been warned by others not to jump on an American kart, but I’ve also not had much opportunity – the used deals I’ve always been near have been Euro models. Kyle Adkins used to kill the competition on an American kart, though, so…as usual, the biggest variable remains the driver.

I’ll listen to that podcast. Thanks!