An “SRX For Karting”

I don’t usually go into hypothetical ideas without a solution because I get annoyed with “ideas for someone else to do” But… I figured this would be an interesting topic.

An SRX For karting, what do you think that should look like? Karts, class, drivers, tracks 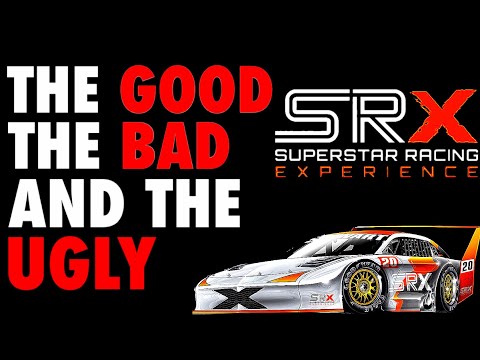 So the idea is a bunch of older, famous folks, both drivers and other (announcers etc). Made by Tony Stewart.

This sounds cool. I think if they keep it simple, it would be more interesting than nascar. I need an advanced degree in Turnology to understand what’s happening in nascar with restarts etc.

What exactly do you mean by an SRX for karting James? A full spec series that races across a variety of tracks? If so, I think it’s a cool idea.

I believe some people tried to organize this several years ago. A series that raced on paved road course and ovals both paved and dirt. I don’t think it ever got off the ground.

Fair question. I guess I’m asking that of others to to see what people think.

Spec series (Sorry @Alan_Dove1)
Mix of drivers from all kinds of racing. Couple of youtubers, karting OGs, NASCAR, dirt, F1, rally. Whatever makes sense depending on their interest level, media klout and availability.

Something to grab eyeballs to the sport/activity of karting…. But also tied with a way for viewers to get started.

Bercy 2.0 maybe? An amping-up of and intentional approach the celeb involvement we see at the supernats, Granja Viana etc.

I think the hardest part would be figuring out what class would work for the differing driver frames and ages.

The series’ lineup is made up of younger up and coming drivers looking for exposure in addition to the older and retired drivers.[11] In addition to those running the full schedule, the series provides a “Rocky Balboa” car for a local champion at each track and a “ringer” entry for notable drivers making cameo appearances.[12][13]

Would be fun to watch. Maybe could be tied in as a support “class” at a bigger event? Takes a bunch of the cost and logistics out of it, as the bigger series would just sort it all out as normal.

Build enough of a following or get a big enough celeb/YouTube star and you could probably sell it pay-per-view live online.

Jimmy and Super GT in the same field as Stewart et al would be amusing.

Maybe could be tied in as a support “class” at a bigger event?

Bingo, or even a smaller one like SRX seemed to do.

How about a half-time show with real karting on a real track with top level pros? None of this Heineken presents f1 drivers in toy karts on a joke track.

Nascar did a similar-ish thing to pick drivers for their diversity program. They took a bunch of drivers from all corners of racing, sim, karts, oval, dirt, etc, and had them race in a couple different spec ways, with the winners getting into the program. Or at least that’s how I understood it. It wasn’t broadcast though.

I would love to see this, YouTubers, retired pros, upcoming kids, all racing on spec gear. It would have to be more entertainment than a series, as I don’t think the kind of people who would bring in viewers would have the time to do an entire series

I’ve heard that there’s something called ror might be happening. I think it’ll be a broadcasted event, 20 drivers, 20 teams, kz only. I believe they are trying to make a high quality production

So… Margay Ignite with famous people?

That’s a great way of putting it…

Ignite would be a good starting point.

I really would be interested in seeing a series that runs sprint, dirt oval, paved oval, and road race though. You could run it all on the Ignite chassis, just change tires for dirt.

I could see a sort of Pro-Am feel for such a thing. Make it so you pair up a pro with an amateur and they swap out halfway through the race. Doesn’t have to be a long race, 2 15 minute stints or whatever. You would have to pair drivers of similar builds for ease of setup. Get some of the local teams to help sponsor the event at a regional race for either a halftime show or the main event feature.