Anyone come across this engine?

4-stroke that seems interesting. Anyone have exp?

4 stroke shifter was tried with a Honda 250, didn’t really take. Part of the problem I heard was the weight of the engine. The single speed engine kinda looks like a scooter engine. 🤷 Interesting though.

I have never seen a water cooled 4 stroke! 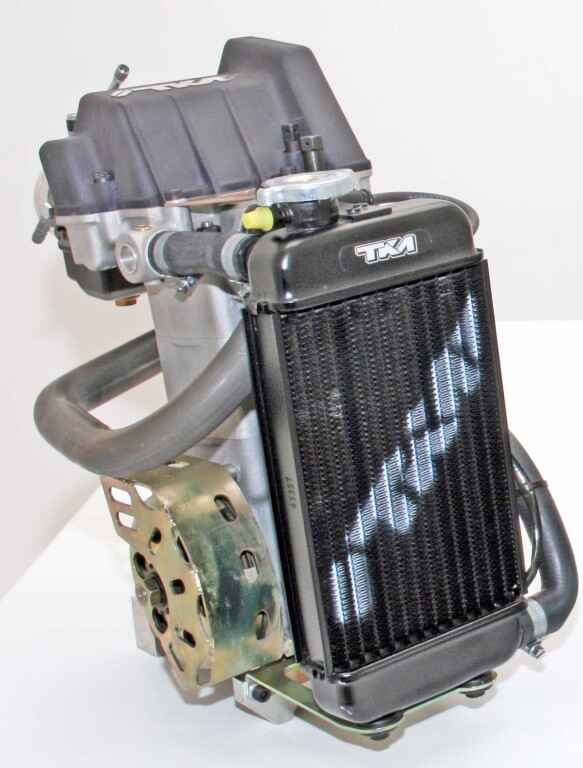 Thanks. That does look rather large and heavy. The GX 390 is already big and heavy without water cooling.

I tried to use a Kawasaki Ninja 300 engine for road racing, which would have been pretty comparable with a 125cc IAME in overall output. But the org wouldn’t allow it because it was more than 250cc. Shame because it would have lowered the operating costs and gave 206ers a reliable 4-stroke platform to upgrade to. Weight really was not a problem, as it would offset the torque advantage out of the few slow corners on a road course.

Biland made an SA250 that was a water cooled 2 cylinder 4 stroke. I think they still do, but I do not know if it is raced anywhere. It was introduced as a TAG years ago. I saw one run. It had a cool sound. I never got to drive one

At one point the governing bodies in Europe decreed we’d all go 4 stroke and 4 stroke engines popped up all over the place. The TKM shown above was produced to replace the TKM 2 stroke in the UK (and somehow ended up in Western Canada) but never succeeded. It was designed to able to run at the same time as the 2stroke but didn’t really take off.

Part of that push from the governing bodies was using 450cc 4 strokes in the 250cc superkart class. I believe they were heavy but pretty rapid. 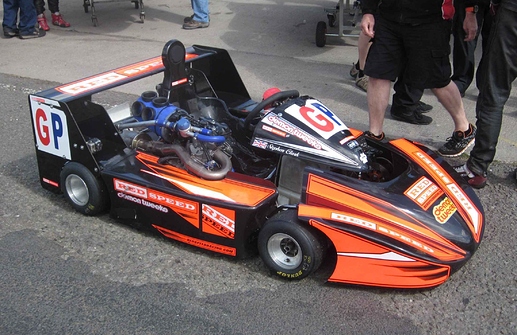 Most of the big kart engine manufacturers developed or acquired a 4 stroke engines at the time: 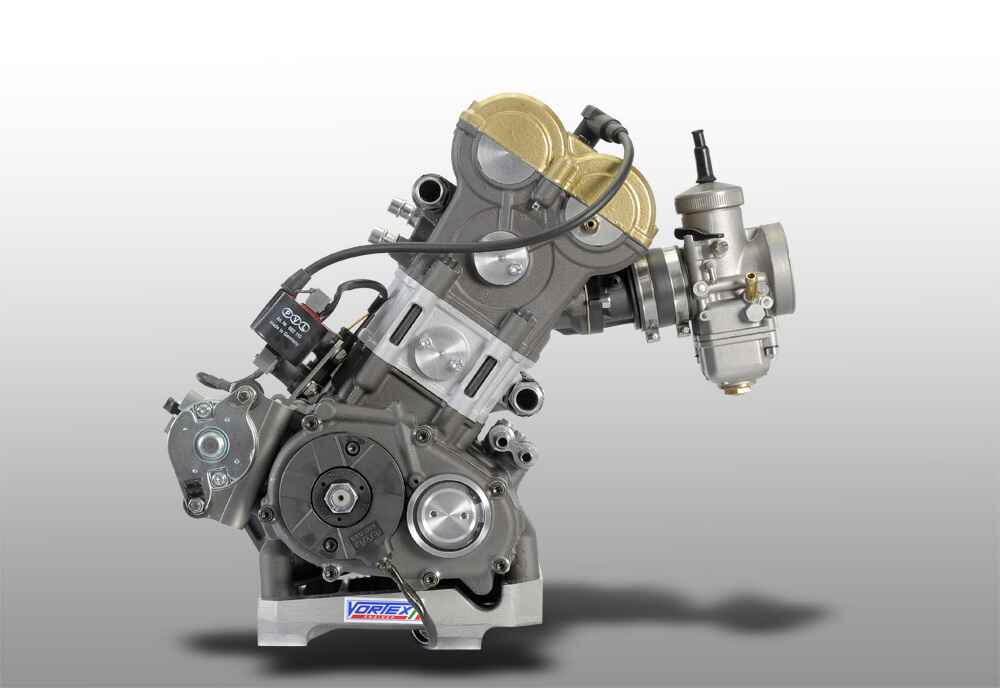 Interestingly we run the Harbor freight 420cc motor and its a great class lots of fun and inexpensive. You just have to know about engines and alot of people don’t but they are heavy and run with big drivers up to 260lbs the class was very successful for awhile with weight at 450/460 depending on if you ran front brakes. Its also as fast as Yamaha Pipe.

The Biland motor is a monster FYI from what I hear… 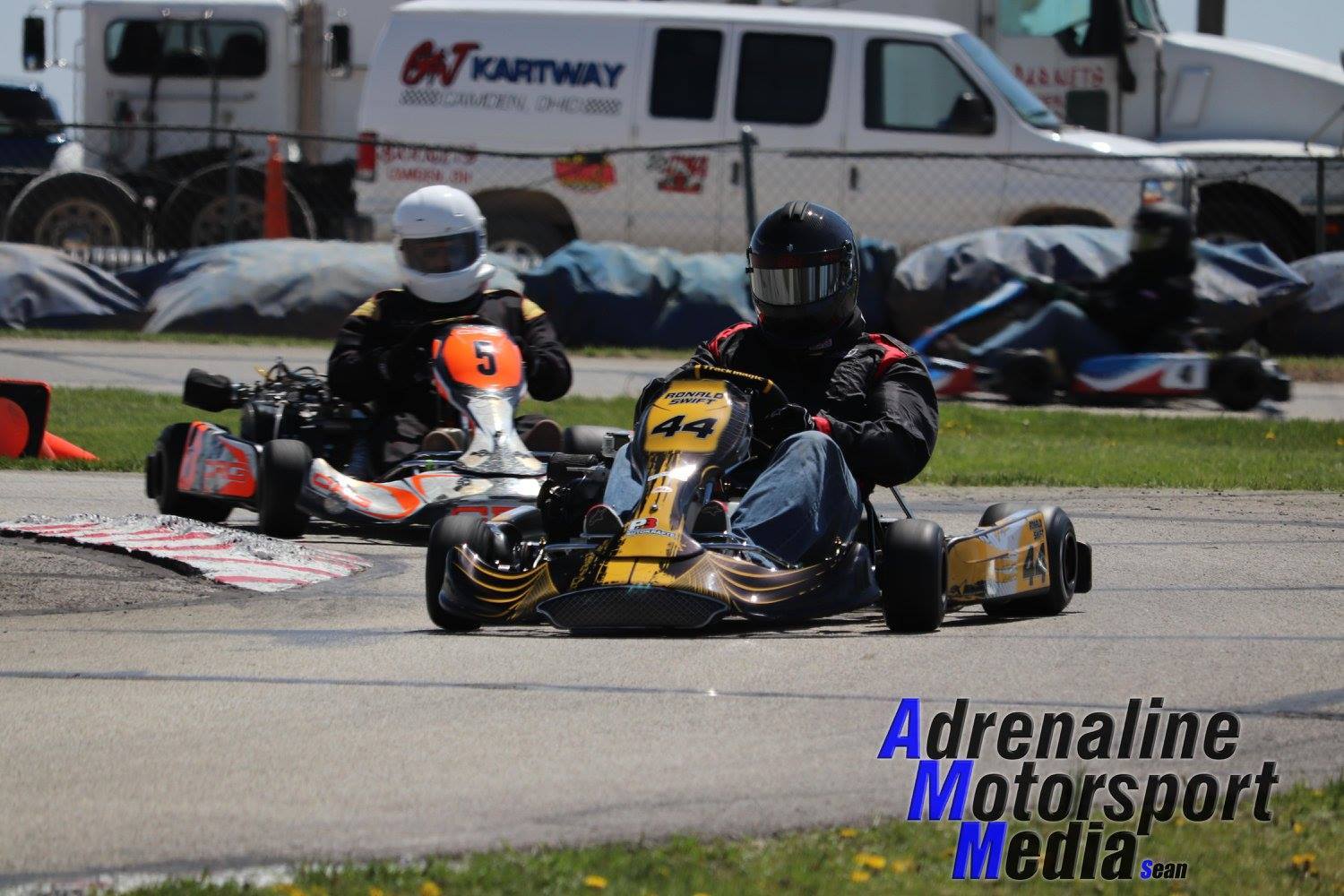 Very cool thanks for sharing. It doesn’t look particularly tall or large of an engine. I would be interesting to have some faster 4 stroke here.

Do you have to offset your seat more with the larger engine to keep the kart balanced or it that why larger drivers lean toward it?