Anyone remember the Vida Kart?

Does anyone remember the Vida Kart that Mark Weaverling and Ken Waller put together about 15-20 years ago?
I’d like to get in touch with either one of these gentlemen and possibly acquire the kart or commission an updated copy to be built.
Any assistance would be greatly appreciated!
Lance 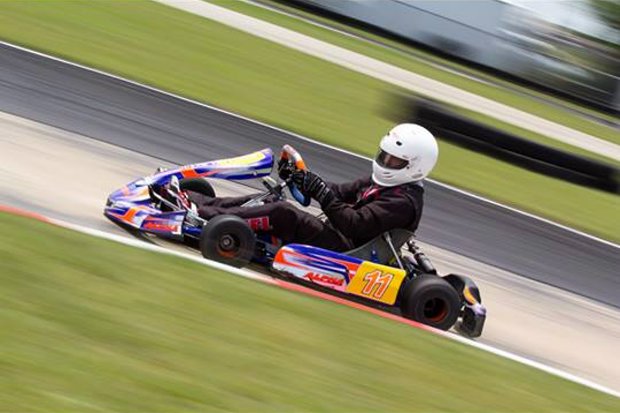 Post by Jeff Fletcher on the old EKN forums, maybe you can find out more info from the people in the thanks to portion. Please come back and let us know what you find out.

First of all, let me say that we are sprint racers and know little about what we do there and even less than that about enduros. That said, we ran into a real piece of work done by Mark Weaverling of Santa Maria, CA in the early 90’s. First are two photos of the project followed by a textual description he wrote at the time.

This text is an overview of the Vida kart project depicted in the graphic files VIDA1.JPG and VIDA2.JPG. In the 1990 karting season there were a number of serious injury accidents in roadracing (enduro) karts. Ken Waller of Durand, IL is painfully aware of the dangers of karting having lost a son, Bob Waller to a karting accident a few years before. Seeing this rash of injuries, Ken approached me at the 1990 Daytona manufacturers show to ask if I’d be interested in a project kart. The rough outline was to design a kart with safety being the primary goal, but cost and performance must be acceptable to the karting public. Current rules and designs are out the window.

I’ve always been up for designing and building something a little out of the ordinary, and that was the purpose of this project. Count me in!

The rest of the week at Daytona, the project (yet unnamed) circled in the back of my head. Upon arriving home, I sketched up a few ideas. It soon became clear that building a kart to protect against all possible dangers was out of the question. The kart would be far too heavy, and far too expensive.

Later in January, Ken flew out to see me in California. We had lunch; I sketched my ideas out on a napkin, and made plans to meet again in April in Charlotte, NC. The wheels were turning. At the same time the project needed a name. Something that was specific and individual. Vida, Italian for Life, fit the bill. Vida kart it was.

I made up some more detailed drawings, and a 1/5 scale model of the chassis, driver module, and body. I was working on personal beliefs and not statistics, so the trip to Charlotte was going to either make or break my ideas.

In Charlotte, NC that April, I was lucky enough to be given access to data on roadrace injuries. The conclusions were clear and direct. The major injury accidents involved the driver being restrained part way in/out of the kart by the steering wheel and the bodywork. The type injury most believed the most common (feet/ankles) was nil. The goal now was obvious, and luckily I’d been heading in the right direction: a kart with roll over protection and seat belts. But from my position it wouldn’t be acceptable unless it was relatively cheap, handled well, and it looked good. The challenge was set.

Karts with roll cages/bars are notoriously bad handling. A kart frame being a fine tuned mechanism designed for use as is. No roll bars, no cage. My angle of attack was to build a chassis very near today’s roadracing chassis. It was to be a little wider, but for all practical purposes, a roadrace chassis without a porch and seat. The major change was the driver’s module. All the roll over protection, foot box, seat, seat belts, headrest, steering “post” was in a separate unit from the chassis. It was something of a pod. What makes the difference from other cage karts, is that the drivers module, attaches to the main frame in the exact same positions the drivers seat normally would. That allows the loads from the driver to go into the main frame as if there were no cage at all.

With the type injuries we were looking at, I didn’t see any reason to use anything more than a single roll bar for the top of the roll over protection. The rest of the driver is totally enclosed. But by using arm restraints, there was no reason to have a cage like a sprint car.

The power and braking systems mount as on a normal kart. With the added weight of the roll over protection, it was decided to install four wheel brakes.

The steering is a little different though. The mounting point on the bottom of the steering shaft is again a Heim joint, because the chassis and driver module move in relation to one another. There is no vertical steering post between the driver’s legs. Instead the drivers module supports the top steering shaft mount. This top mount is on a tube mounted horizontal, and retained by two 3/8" bolts. In this fashion, with the removal of two bolts, the removable steering wheel and 5 Dzus fasteners, an injured driver could be lifted straight up out of the kart. The steering shaft is a two piece affair that will collapse upon shearing two plastic pins axially. The inner and outer parts of the steering shaft were made in such a way they could not turn relative to one another at any time.

A 5-point restraint system was used to hold the driver in the case of a frontal impact. A form fit seat was installed to help distribute any impact force evenly on the driver’s body. With the driver restrained, reaching the carburetor was out of the question, so a remote carb adjuster was added. I could see there were going to be too many controls for the steering wheel, and since the steering wheel came off to get the driver in and out, it was off limits. A control panel was built just to the drivers left just within reach. The panel contains a kill switch, carb adjuster, front brake bias control, and the Halon fire suppression control. The sole gauge is mounted just above the control panel, and is a simple digital tachometer. Since the driver couldn’t turn their head while belted in, mirrors were called for. Finding mirrors that fit the scale of the kart was a good trick. Fortunately, Honda felt it necessary to make Oddesy mirrors that were perfect for the VIDA kart.

At the time the kart was finished I had no intention that it ever be run. I viewed it as a first generation model. Something for people to look at and see things that needed to be changed, added, or deleted. A simple visual aid. After being shown at the 1991 Daytona manufacturers show, the kart was the center display in the lobby of the Charoltte Motor Speedway. It was one of the most asked about displays they’ve had there.

But at the WKA race at Charlotte in April 1992 a decision was made to run the kart. The engine was literally out of the box. But Ken had weaseled some track time so in goes the fuel and clutch oil, and up to the grid. To my complete amazement, the car was a bullet. It was a little too soft for the tight corners, but a number of miles an hour faster than the winning kart that weekend. Since that time the driver’s module has undergone some minor changes and more testing has been done. Including one private day at Charlotte Motor Speedway.

There isn’t a sticker on the kart. Every logo and letter on the kart is hand painted. The screaming yellow paint and the lettering is covered by two coats of clear Imron. The main chassis and driver module are nickel-plated. To risk being immodest, the kart is one of the best looking I’ve ever built.

Success, failure, or a white elephant?
The project was interesting to me. I enjoy building things that haven’t been done before. The kart turned out nice, and has proved to be fast, attractive, and not much more expensive than a standard kart chassis. It was definitely a success in that way. Is the kart safer? Without crash testing or some other manner of testing, I can’t say it’s absolutely safe. As I said, it’s a model, a concept kart, a first tentative generation of what some feel may be needed in karting. I personally feel there are some more basic safety concerns. But a surprisingly large number of people have told me they’d race again if there were karts like this. But that’s up to the sanctioning bodies, and the body of karters out there. It’s not my decision. I got to complete a fun project. It’s up to others to do something with my result if they deem fit. My input would be to build another kart. There are things that have been learned since building this kart. Don’t be in a rush to implement a class if it’s found desirable. Test, build, and test. Nothing is more important than having a new type kart well worked out before introducing it as a class.

This project would never have ever gotten off the ground if it were not for these great people:

Ken Waller for not letting me be lazy!
Kurt Grimes for painting the kart under terrible conditions.
Santa Maria Tool for having a machine shop I can use for projects like this.
Steve Hanson for lettering above and beyond the call of duty.

Anyone interested in this project may contact me, and I can put you in touch with Ken Walle

That’s it! There was a write-up on it in National Karting News which I may still have in my files. Glad to see Mark is still active, and since I’m from northern Illinois where Ken Waller appears to still live I am trying to get friends to contact him in-person, I will also snail mail both as I haven’t been able to find e-mail contact info for either.
I’ve made some progress just today with making contact via online friends.
I’m treating this as a long-term project and will definitely post updates here.
Thanks!
Lance

Glad to see Mark is still active, and since I’m from northern Illinois where Ken Waller appears to still live I am trying to get friends to contact him in-person, I will also snail mail both as I haven’t been able to find e-mail contact info for either.I’ve made some progress just today with making contact via online friends.

I’ll reach out to Mike from NKN and see if he has anything on it too.

@LanceKTM950 adding the photos here that you posted in your Facebook group for the kart. 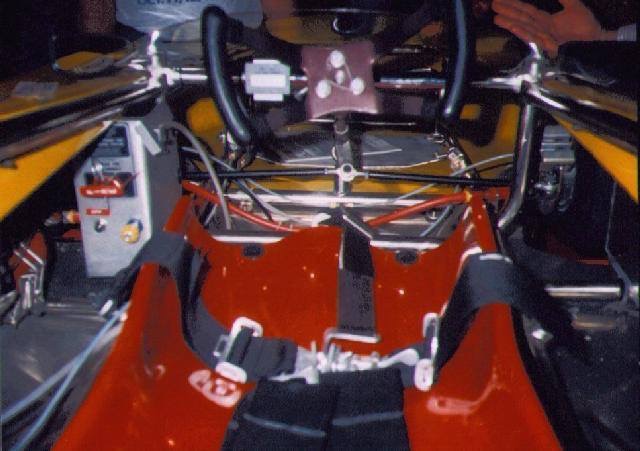 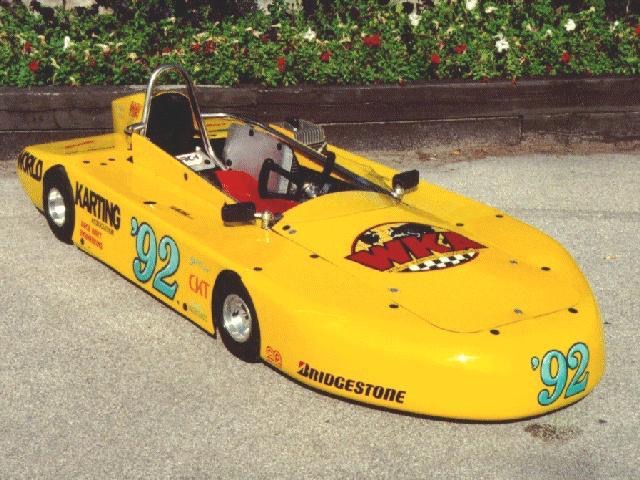 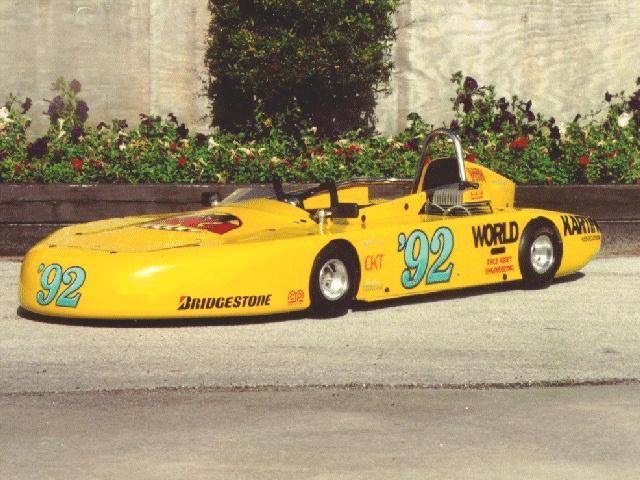 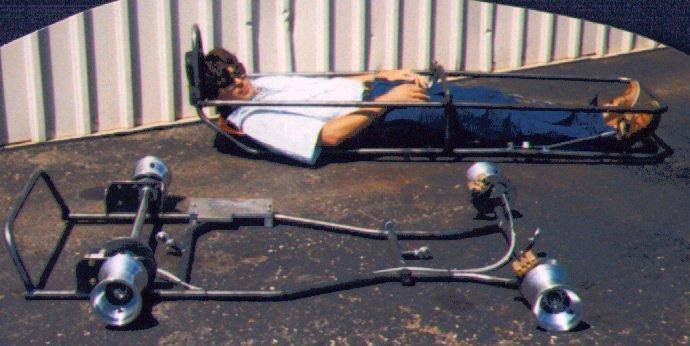 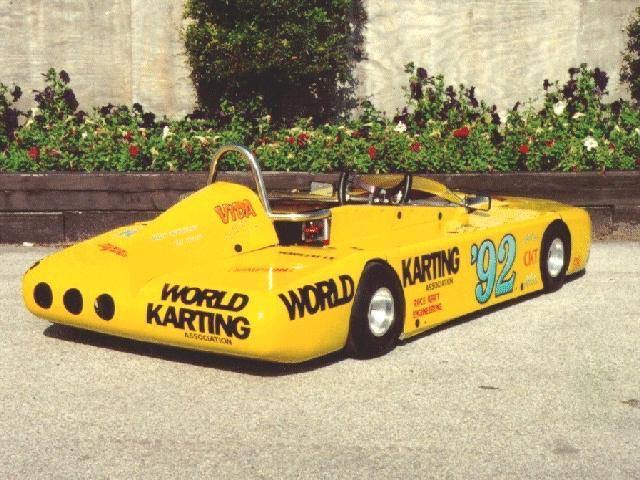 Kart design does seem very stagnate in regards to safety. Why is that? What we basically have is a 1960’s design with some molded plastic on it. As a newcomer I don’t get that.

Just think what we could do now 26 years later with modern materials such as carbon fiber. Especially for road racing, we could build a much safer kart so we don’t have to loose more people like we did this week to preventable conditions.