Meanwhile, back in my homeland…

A lawsuit against an indoor track I worked at (lonnng time ago) was tossed out of court… Figured this might be interesting to folks in NA. 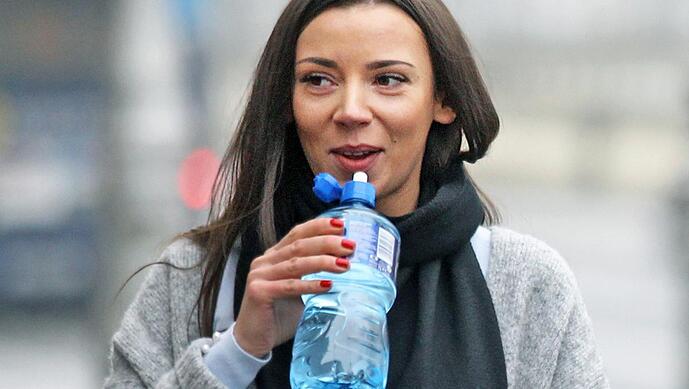 Beautician who injured her buttocks after being flung from go-kart loses €60k...

A 26-year-old beautician, who injured her buttocks and tail bone when she was torpedoed from a go-kart during a fun race, has lost a €60,000 personal injuries claim against Kylemore Karting.

This is interesting because

Judge O’Sullivan said there were certain risks and dangers attached to go-karting. Ms Mikielewska had participated in the sport on several previous occasions and he was satisfied she was aware of those risks. She had been torpedoed from the kart which, the court had been told, had not contained seat belts for specific safety reasons.

An expert on behalf of Kylemore Karting had stated the go-kart was treated similar to a motor bike or quad. It was safer that a driver be thrown clear rather than be strapped into a kart that may overturn.

Not all of them. Usually the newer facilities do. The older ones, which usually have what looks and acts more like what we consider a kart, typically don’t.

I have people think I’m crazy when they find out our competition karts dont have seat belts lol! I tell them basically what the article says. Would you wanna be strapped on a flipping kart with no roll cage? Then they all see the point.

I know I’m a big wimp, but I’m somewhat amazed we don’t have roll cages and safety harnesses. Trueracers recent flip at willow was pretty hair ball. Stuff like that freaks me out.

I have people think I’m crazy when they find out our competition karts dont have seat belts lol! I tell them basically what the article says. Would you wanna be strapped on a flipping kart with no roll cage? Then they all see the point.

This is true…and I say the same thing! As someone that has watched a bunch of crashes in karting, I am a believer in being thrown away from it rather then getting smooshed under. However, often a follow up question the concern folks have is “well, why don’t they have roll cages then?” Which, in all honesty, I don’t really have a solid answer to why not.

Ultimately, there are many questions that I simply don’t have the answer to, as they simply seem like pretty valid questions regarding safety that never are really discussed. Often, you hear the BS excuse of ‘well, it’s always been like that,’ which to me is infuriating. I do see the perspective of danger attracting certain folks, and I accept that. However, there are times when it seems motorsport in general is simply just asking for unnecessary danger as in the cases cited above…It would be interesting to consider the accidents and outcomes of quarter midget accidents vs. karting accidents.

Perhaps another factor to consider, which maybe now is a bit harder to nail down is the notion of the ‘cage mentality.’ Basically, if you have a roll cage, could it be argued that drivers would feel more confident in their chances of safe outcome in an accident? Belted in, etc., would we see more reckless or dangerous accidents, or less? While it’s smart to consider how to make drivers safer in a crash at all times, it’s also valid to consider whether certain devices would actually make the group mentality regarding competition and sportsmanship better or worse.

In karting, it seems that many of the ‘old guard’ aren’t a huge fan of the full-width rear bumpers, as it seems to have encouraged at a national level a bit more of a “eh, i’ll just drive through them” mentality at times. Could this be a point to view additional safety measures from that illustrates how a good idea can have unintended consequences? Perhaps? I think it is also valid however to argue that with the advent of these devices once an accident does start to occur, the likelihood of an up-and-over flip does seem a little less common.