Big Changes for Rotax and Maxspeed in The US

Maxspeed and BRP-Rotax have parted ways in the U.S. 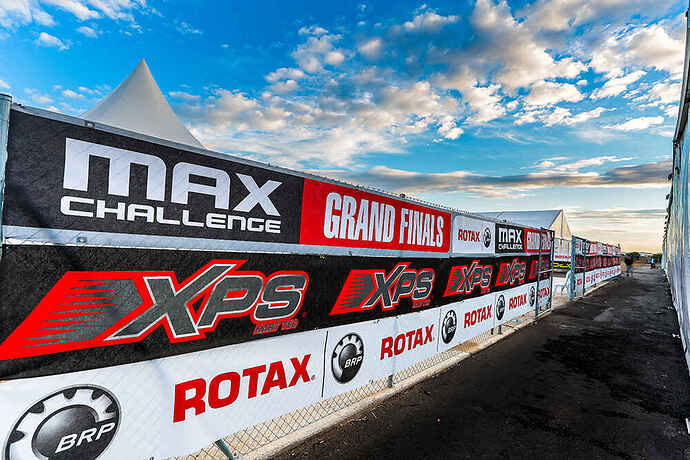 BRP-Rotax announced today the mutually agreed termination of the business relationship between BRP-Rotax and MAXSpeed Group, the authorized Rotax distributor in the United States of America and Caribbean, and the interim takeover by SRA...

What do you think of this? What’s next for Maxspeed Entertainment?

Personally I thought Maxspeed made a pretty decent effort and put on some good races. That doesn’t necessarily translate into something that Rotax/BRP have decided as KPI’s of course.

IMO Rotax/BRD tripped up their dealers big time with the mishandling of the EVO in terms of marketing, communication and product.

I never dealt with Maxspeed, since we used the Rotax for road racing, but my take is that what really hurt Rotax was done by Rotax, and not Maxspeed. The technology and expertise has existed for quite some time in how to design and mass produce a kart engine that has high parity. The fact that Rotax is still struggling with this shows either poor design/execution/implementation, or disingenuous practices that try to wring as much profit from a single-make class. It’s true that they’re not the only ones with issues, as IAME went through two iterations of the Leopard, then the X30, but, with the X30, they may have finally reached or gotten near the mark for what the TAG market wants. So Rotax can hire and fire whomever they please, but I don’t think it’s the fault of the importer/distributor. IMHO.

I think there are few interesting points;

One of the reasons that I never was excited about Rotax, was what I heard about changing the spec every year to have a “new legal spec”, which just made it more expensive to run the class overall. I wasn’t even interested in dipping my toe into that.

Plus Rotax is dead at the club level in my area, so I’d be the only one.

So many things here… I have to agree with previous posters, in that the problem likely never was Maxspeed, but the Rotax product itself. I don’t even think the occasional “upgrades” caused that much heartburn for the crowd that Rotax catered to.

I would say the number one complaint that I heard was that the elusive “big money teams” were buying 50 engines, dyoing them all, and reassembling them into 5 or 6 great ones, then dumping the rest. This causes 2 main problems. First, the guys who can’t afford this, obviously feel that they are at a disadvantage, and therefore, uncompetitive. Second, the dumping of the less-than-great engines on the market, devalues everyone’s engines. Th reality of the this whole scenario is probably that this happened way less than we think, but the perception is there, and as we all know, perception is reality.

The other issue is the marketing. While other engine companies (IAME, Vortex, etc) went after customers in existing markets and series, Rotax was only interested in their own series. One has to wonder what might have been different, had Maxspeed been able to convert, series like WKA, USPKS, SKUSA (before the IAME deal)? IAME went after existing programs that were open to change, whereas Rotax didn’t. Rok created its own series because they were being squeezed out, but then they aggressively targeted the Rotax crowd in Florida, which was probably the biggest pocket of RMC customers. Some FWT participants that I have spoken to felt that Rok “poached” a lot of their customers who were vulnerable (maybe due to the issues mentioned above). Rok is also being aggressive with the F Series in the Northeast.

Personally, I think too much value has always been put on the “tickets” to the US grands, or Rotax Worlds. They are very cool prizes, but only a tiny slice of the karting market has a realistic chance of both winning them, and being able to use them (it still costs a lot of money to go). It seemed to me that a big amount of promotion went into these tickets and when they needed more promotion, they produced more opportunities for tickets. This is just my opinion though.

Where it goes from here is anyone’s guess. I wouldn’t be feeling great about it if I were a rotax guy. The temporary custodian of the program is SRA in Canada, which isn’t exactly busting at the seams with new participants itself. The LO206 program is going gangbusters in CAN and it targets many of the same hands-off mechanics that the rotax targeted, at a fraction of the price. Only time will tell.

Richard Boisclair from MaxSpeed spoke briefly with Johnny Johnson from Kart360 about this.