As the post states, looking for some info on bleeding a CRG Ven05 brake system. My team was having some issues when bleeding this system coming off prior experience using birel’s most current system which has a reservoir above the master cylinder.

With the crg there is no reservoir per say and the issue they were having is fluid pushing back up and wanting to spill over when operating the pedal and the top off the master cylinder. Basically with the birel the reservoir is isolated from seeing any pressure from the master. With the crg this doesn’t seem to be the case and makes keeping the system topped up while bleeding at the caliper quite difficult.

Is there any tips/guidelines you guys use specifically for dealing with these crg brake systems that otherwise wont be an issue on a reservoir type system?

All suggestions welcomed, thanks!

Thanks Tony, I’d already found and read this but wanted to see what guys on this side of the pond had to say

James thanks for the vid, but no its not the same. This system is pretty much like the birel system i described earlier… there’s a reservoir above the actual master cylinder that simplifies things. The crg system there is not reservoir per say and there is not fitting for a bleed tool so its sort of a weird setup. See how he’s able to apply pressure with the reservoir open to atmosphere …on the crg setup when you do this the fluid wants to hit the ceiling back up through the master cylinder…its as if its not meant to be bled with the master cyl open…but then how else are you supposed to do it?

In the post Tony shared above, guys across the pond speak about bleeding in reverse for this very reason I’m describing…ie leaving the mast cyl sealed and using a syringe via the caliper.

Oh, I’d assumed he did the bleed with the cap off.

Would you mind posting a pic of the system. I’d assumed that the system was bled with the cap on… At least that’s what I remember of that system.

…Replenish fluid in the reservoir, pop the cap on, bleed system while also remembering to check fluid (removing cap) periodically.

Would go with James’ suggestion.
This would be a similar system brake bleed. Click here

Why not just leave the cap off and vacuum bleed it while topping off the fluid?

Also what fluid is commended for the ven05 system?

I’ve always used a procedure very similar to the video James linked to. 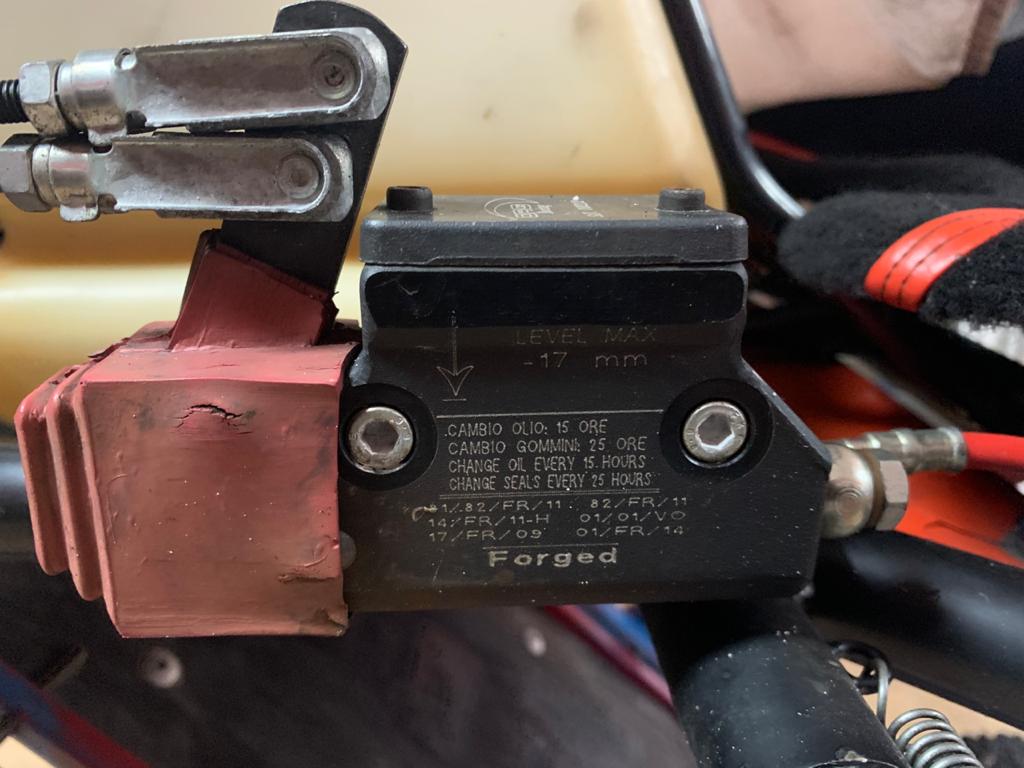 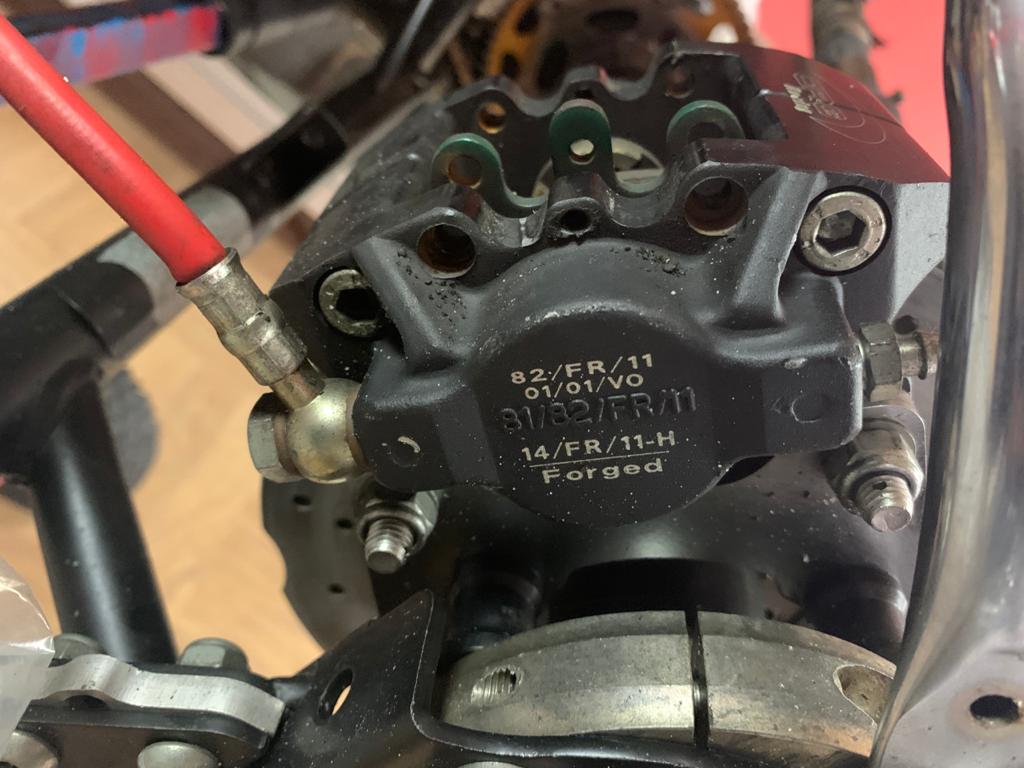 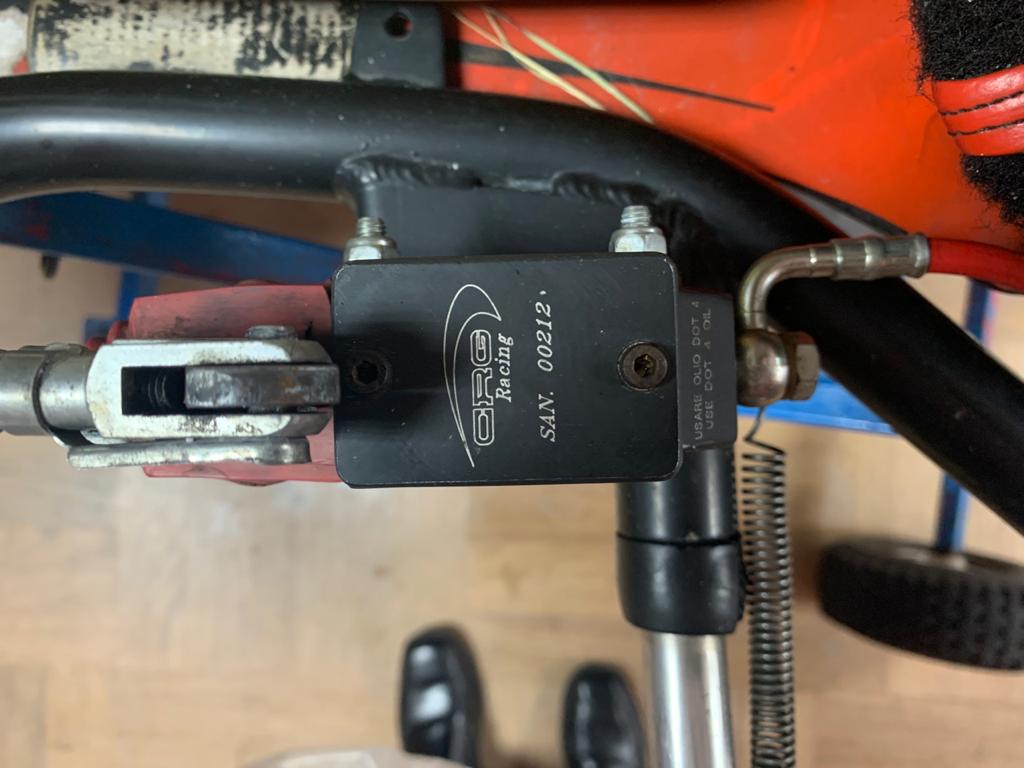 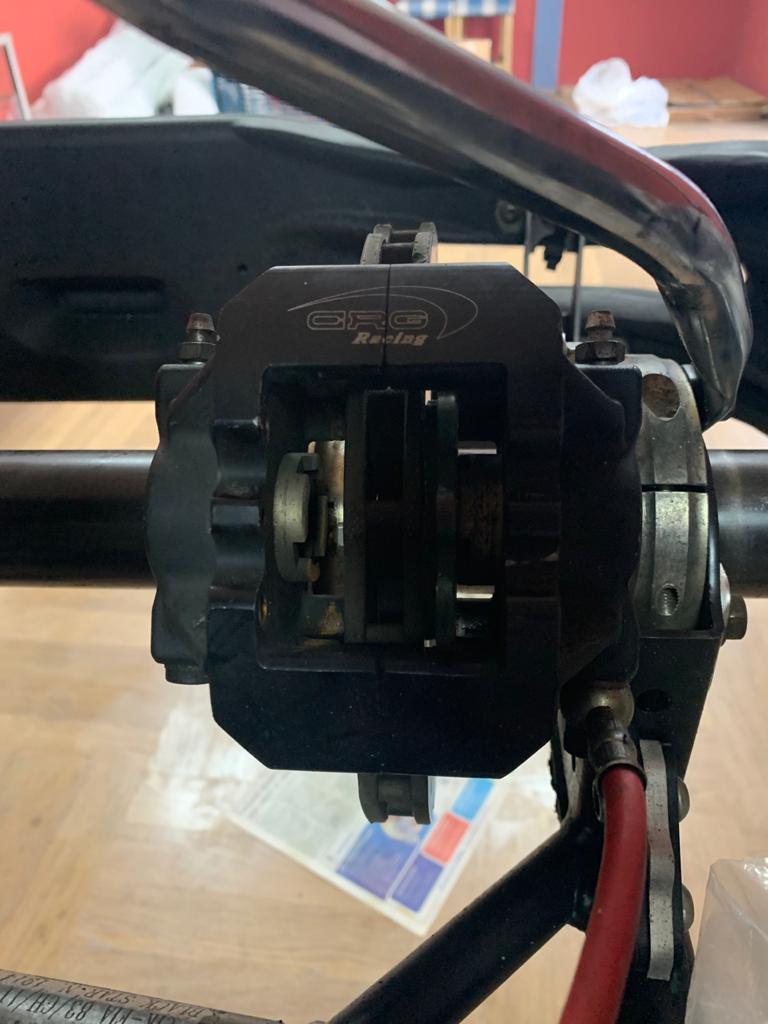 That’s the same system I had on my GP alright. I bled mine by placing the cap on and pumping the pedal, similar to a road going car. Again just be sure to check the fluid level periodically, which means you have to take the cap off again which is annoying.

Otherwise, you could draw fluid out via the caliper nipple with a syringe and a fuel line with master cylinder cap off.

Thanks a lot for the response James… we’ll give it a go and see. I believe this is what they did (with cap on periodically checking level method) but after bleeding when you press the pedal the pistons in the caliper don’t move evenly/equally.

The entire system has been rebuilt (master and caliper) so my thinking was that the system wasn’t bled properly hence this post.

It’s easy as pie - just do it slowly. Pressing the pedal isn’t the issue it’s letting it return - just control its return, let it up gently.

Same as both my energy and CRG karts. 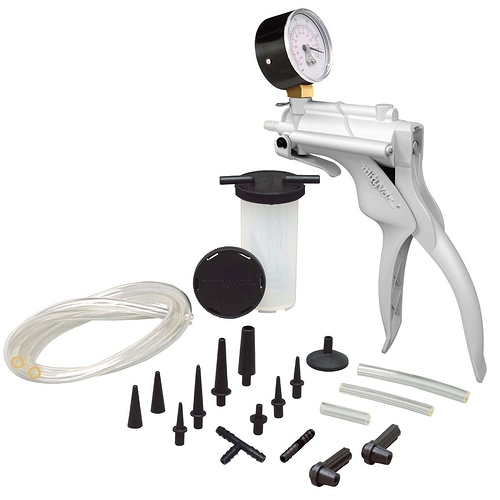 It’s a manually operated vacuum pump that hooks up to the caliper bleed port to draw the fluid through. Just keep adding fluid to the brake reservoir as you go. Catch bottle collects residual fluid that can be recycled/reused. Simple & tidy. I highly recommend it.

Thank you very much Richard and Spencer.

Any thoughts on why the pistons in the caliper aren’t moving equally when i press the pedal?

This seems like the real deal for this system by the way!

I did notice the same on my Energy, never looked on the CRG. I just assumed it to be normal

the piston motion doesn’t matter unless you’re putting real force on the pedal and they’re pressing pads against the rotor - the pressure required to move the piston(s) with no load is soooooooooo much smaller than when they’re actually loaded that it doesn’t matter.