Taking part in an inter-collegiate karting competition for the first time, they want a BOT switch installed in the kart. I was sorta confused about where exactly the BOT switch should be attached, since behind the pedal may cause damage to it during a large push in case of failure right? Or is the number of times it happens not enough for the switch to be damaged? Any help would be appreciated.

I never heard of or saw one fitted to a kart

I suppose if you were to fit one, you’d need to deliberately crack open a caliper bleed and push the pedal all the way, simulating a fluid loss, then put the switch there.

Is this for an electric or gas kart? Is that switch there to kill the drive incase the brakes fail?

If it is for electric, a STOP switch is a better solution.

Could it not be attached somewhere to the pedal assembly instead, to be actuated mechanically?

The competition is for both electric and gas karts separately, and both types need this switch. There are supposed to be two other kill switches as well that can be pushed manually, and the BOT switch is to be wired along with them so that in case of brake failure and over-travel of the pedal, it can be actuated and shut the system down. The one my team is making is electric anyway.

If you really have to implement this, I’d suggest a magnetic switch. Nothing to corrode or fill with dust.

You could, but bear in mind the cable going to it will then be flexing every time you push the pedal, encouraging metal fatigue breakage of the wires.

BTW… any link to these rules?

You should be fine with any micro limit switch. Just make sure it’s out of reach during normal operation. You don’t want to accidentally trip it.

Yeah, that’s what I was concerned about to managing the circuitry

The rulebook is hidden behind a google form registration, here’s all it mentions about the BOT switch. 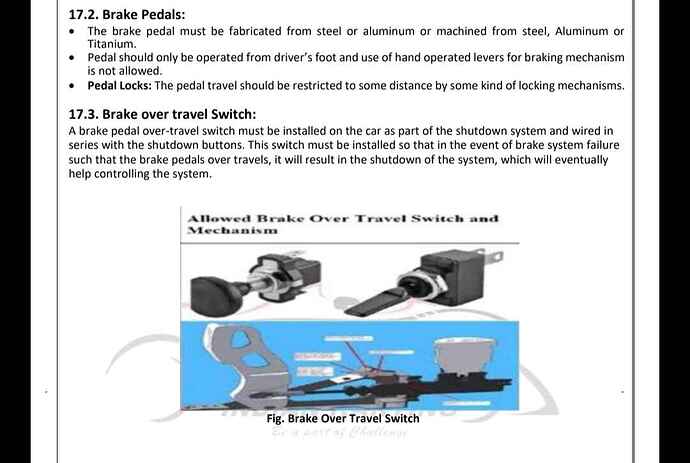 That’s what I needed some help on, where exactly to fix it so that it isn’t accidentally triggered or damaged.

Post a picture of you chassis in the brake pedal area. I’ll see if I can’t find a picture from back in the day when I had to do the same.

We’re still in the designing phase, the chassis is almost done but the pedal assembly is still left to be designed. Manufacturing is still a few weeks away at least, was trying to get the components and their installations all planned out before fixing the design.

It’s gonna be hard to help you out then if the pedals aren’t done.

I’ll get back as soon as the design assembly for the pedal is done, hope y’all can help a bit more then. Thanks for now anyway :)) 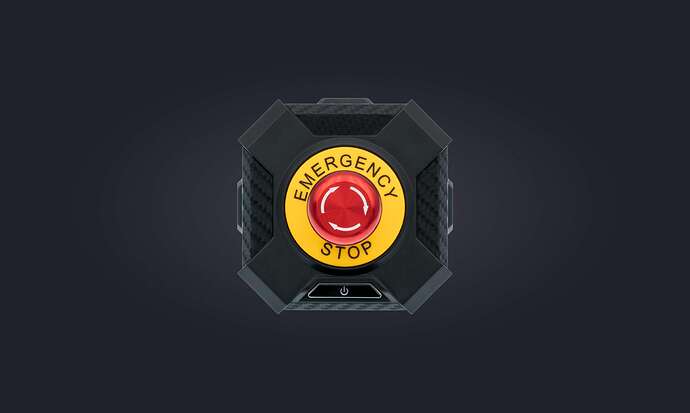