I understand the need for aggressive and precise braking in the TaG classes, with much faster karts. But how much are you 206 guys braking? I don’t seem to be braking that much except in certain situations.

On a 206 you shouldn’t really be braking all that much, but you still want to roll as much speed as possible through the apex. On a faster kart, you might brake deeper and then jump back to throttle before the apex, but on a 206 you can get back to throttle really early, because there’s not a ton of acceleration to manage.

You generally always want to shorten braking distances, but in a 206 you shouldn’t have much need to really slam on the brakes in the same aggressive way you would a TaG kart.

Dragging the brake and maintaining throttle at the same time in a 206 seems to be effective in certain scenarios as well, where you need to bleed a little speed off.

Generally speaking we lift in most cases rather than brake, not as much braking in 206 as one would think coming from the 2 stroke world. You can also use the rear bumper of the kart in front of you to slow you down in drafting applications, at least from some I’ve spoken too who are way more advanced than I am.

For argument and comparison’s sake, the fastest guy in 206 at our track uses the brakes in every single corner. For reference, I am a upper mid packer and I only use the brakes 2 times out of 8 or so. He says things like “I use 10% brake on this corner to help the front rotate” which make my head hurt… 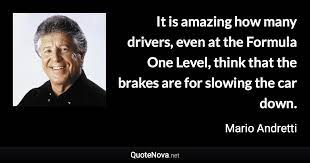 And this is why I struggle with @tankyx general position that intense short braking is key. It is but it isn’t. This applies to high HP as well as low imho.

It completely depends on the corner. There can’t be a hard and fast rule that one kind of braking applies to all types of corners.

So, I agree with what Warren is saying (as usual) but I’ll add in as well. In 100cc/TaG/Shifter obviously everyone is threshold braking as much as they can, and I think this should be the case in 206 as well.

Realistically, no matter what class, you should always be trying to reduce the amount of time you are braking as possible. Any time not spent braking in a kart is going to be more accelerating and shaving time off your lap.

In a 206 sometimes, that can be as little as a quick stab of the brakes or even just a lift, but I have never just dragged the brakes going into a corner running 206.

I also prefer a kart with a very sensitive front end, so I can get away with just a quick lift timed with the turn in to get the front end turn in how I want. If the kart is lazier on the front end, then I may start dragging the brakes to get that turn in that I want.

Like TJ said, there is no hard rule on “yes, drag the brakes,” or “you should be almost locking up the tires.” It will depend on context: speed coming in, corner radius, grip on track, etc., but my rule of thumb is to just use the brakes for as little time as possible while getting to the highest minimum speed possible, same as I would in a KA.

I have been wondering…

Does every turn have only 1 truly correct fast line? Forget about other karts for a sec, open track.

Logically one would think, Yes.

But the inputs (throttle brake) maybe not so much? Opinion?

Not at all. You often see on the data, where one driver may go in slightly deeper and make up time on entry and one driver optimizes the exit more, and they come off the corner with zero difference in time.

Driving styles vary, and you can tune to those driving styles or you might be on a kart that works better in one section of the corner, as we were talking about in the chassis stiffness thread.

Yea but in terms of the stopwatch there has to be a finite measure of speed through a section (given same kart). If you boil it down to that? I know it’s an annoying question but it’s unclear to me if the theoretical minimum speed can be achieved in more than one way.

Not at all. I would say if anything there’s never one “true” correct line. The ideal line will change based on track conditions, kart setup, driving style. One of my good friends from the track would give me his data to compare, and lap delta always looked like a roller coaster because he makes his time charging into the braking zone, while I would prioritize the exit speed. We would reach the same laptimes and use two completely different ways to get there.

Brandon Lemke used to be able to (and I’m sure still is, but I heard about this a long time ago) turn in narrower than everyone else and still get the same exit as the other drivers coming out of the corner, because of the way that his karts were set up. He could cut distance out of the lap with his line, and over 20 laps even 100 feet will add up.

What @tjkoyen said, plus other variables such as you shouldn’t be just thinking line… it’s trajectory on the line that determines where your kart is going, and how quickly it will get there. Also, there is kart strengths/weaknesses & tuning (as TJ said), plus “environment” (temp, rubber, etc.) can have a significant impact on optimum line/trajectory. Ultimately, performance around any turn is dynamic; your job is to train yourself to recognize when the biggest influences change (or better yet be able to predict how they will change throughout a race/day), then you tune to that and/or manage your driving inputs to that, so you can manage your tire loads in a way that will allow you (and your kart) to produce the optimum line/trajectory. And to make it even more fun, an optimum setup in one corner, in certain circumstances, may be sub-optimal in another corner, so you have to do a pro/con balancing act with both setup and line/trajectory for the whole track.

No, as I just said you can have two drivers take the corner two different ways and at exit, there is no delta between them.

It’s a small difference though. Obviously there is a range on what’s fast and what’s not. An area that you can drive within where you’re optimizing SOME section of the corner.

Every corner has multiple parts, so the fast way through the corner is going to be optimizing one part of the corner while giving up the least amount of time possible in the other parts of the corner. You can attack hard on entry and give up a little on exit, but the time you gain on entry cancels out that loss. You can go in soft, but accelerate early and cancel out the time lost on entry. You can go in at a medium level of attack, and sort of make every section of the corner decent and lose no time.

And like Warren said, the line will change as the kart and tires fade or heat up, as the rubber level change on the track, as temperatures change, etc.

Now if we actually start thinking about the reality of driving on a track, corners are often not isolated in a vacuum. A lot of the time you’re in a series of corners, in which case I would say there starts to become more of a defined, tighter range you can drive within and still be fast. For example if you are in a tight left-right switchback, you are going to be forced into driving softer on the first turn and optimizing the exit of the second turn, or you are going to blow the exit and be slow down the straight. There’s still room to play with your technique within that, but a quick rhythm section like that might force a certain line or trajectory.

Yea but in terms of the stopwatch there has to be a finite measure of speed through a section (given same kart). If you boil it down to that? I know it’s an annoying question but it’s unclear to me if the theoretical minimum speed can be achieved in more than one way.

There may be some magical theoretical best speed/line/trajectory for every turn, but an Engineering team at Stanford created an AI self-driven race car (Audi), which could also be driven manually. They tested their AI against a good (not great) SCCA race driver, and the human driver was quicker than the AI because he strategically broke ‘the theoretical rules’ in order to optimize actual performance.

However, I believe the engineers took that lesson, worked on their AI, and came back with an AI that could match the human driver.

Good point, if there were a theoretically “fastest time” someone would have programmed it into say, iRacing, and created the “perfect lap”. Either that, or it hasn’t been attempted because of the scale of a project that large.

I’d like to see how fast someone could program an AI to run a true sim, not like Forza where the computer gets a performance boost to make up for the fact that they’re naturally slower than the human performance.

Good point, if there were a theoretically “fastest time” someone would have programmed it into say, iRacing, and created the “perfect lap”. Either that, or it hasn’t been attempted because of the scale of a project that large

You’d think that if you have all the data that there would be an ideal simulation line that could not be bested. Assuming constant track, tire, temp, fuel, everything.

The tire has a measurable max grip. The engine output is known. Etc.

I would imagine that in a simulation, it is possible to distill the perfect trajectory and inputs for a given single turn assuming some kind of very, very detailed machine learning/ai program.

We probably just aren’t there yet. I will ask a physicist and see what they say for perspective.

I would agree that real world follows what you guys say. There’s too many variables and too many ways to express a corner.

But, maybe in a simulation.

Compared to real life, simulation is “easy”. There are known limits in sims. We programmed them. Wrote the code, algorithms, etc. However, in real life there are way more unknowns than knowns.

I guess that’s what I’m asking but I have never seen it.

Given that the f1 guys have simulation testing that requires massive processing power, they must use something like this to determine wether they can derive any alpha.