I have been watching a lot of kart vids to see if I can learn some things. I was noticing that drivers don’t brake like in a car. Most videos have been of karts with a rear brake only, but I’ve seen the same in karts with front brakes.

Most drivers seem to not use brakes to their full benefit. Where drivers are attempting a pass on a straight it appears drivers don’t attempt to pass with late braking. Is this technique not used, or not recommended in karts? Or is this a weakness that kart racers have maybe at lower skill levels?

What about trail braking?

As with any vehicle you’re trying to drive fast, everyone is trying to shorten up the braking zones by braking as hard and late as possible.

The perception might be related to weight difference. While the technique is basically the same, the much lighter mass of the kart decelerates much, much quicker. It’s the same thing but playing out over a longer energy cycle (car).

I only have about 10 days of car seat time IRL so I am basing this observation on sim, mainly. And, it’s a pretty subtle distinction, more of a feeling/guess.

Or is this a weakness that kart racers have maybe at lower skill levels?

It can be just a smarter idea to not dynamite the brakes to pass if you don’t have to as well. Higher risk. It really depends. Esp in a momentum class where you’re not braking, but moreso “slowing” the kart.

Without knowing which videos you’re watching in particular, I would guess that you’re under estimating the braking ability of some drivers.

Braking technique is definitely different from what is used in a car. A kart will generally perform better with less trail braking under normal circumstances, and a driver may trail brake a bit more when overtaking.

To TJ’s point, any top driver is going to be braking at the absolute limit for every corner of every lap. There isn’t a magic “brake later” button that drivers can deploy in order to suddenly gain an advantage. Instead, overtakes are often accomplished by capitalizing on mistakes, and/or using momentum from a previous corner to initiate an overtake down a straightaway into a braking zone. When everyone is braking at the limit, overtaking can often be easier said than done.

Here’s a video of a top-level driver, Matt Jaskol, in a stacked KZ field at the Supernats. You’ll notice that although there are many braking zones, not every one is necessarily an equal passing opportunity. Overtaking is a skill that takes quite some time to develop, and you’ll see even the best drivers make mistakes from time to time when passing. 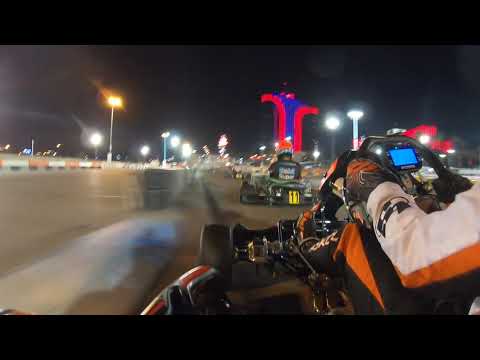 Thanks for the responses.

I have been watching club level races mostly, so maybe that’s why there wasn’t much late braking going on.

Ok, sounds like late braking is a thing, so it is a skill I will need to adapt from motorcycles.

This is what I’ve observed about late braking between somewhat equal karts, is the overtaking kart will have to go straight longer to slow the kart down to make the turn and will have to take the inside line. In some cases, this might push the other driver off line and you get the corner. Likely, what will happen is the other driver will be patient drive the correct line and come off the corner correctly, while the overtaking kart will be struggling to accelerate because of the tighter line. If the pass is unsuccessful the overtaking kart might lose a kart length or two in this transaction. So attempts at passing have to be successful or time will be lost providing the opportunity for those behind to catch up. In 100ccTaG, a kart length lost matters.

Well, brake as late as possible, thats obvious.
But trail braking with front brakes can be difficult, because front brakes could be so aggresive, that with the slightest turn in while braking, you lock up.

At least, with otk brakes.

In most braking to pass situations in other forms of racing are corner selective.

And I can see in lower HP karts, it could work against you if you reduce speed too much. So more open corners would be better on say a KA100.

Watching some of the club events videos, guys seemed to backoff and coast in to the corner, it was painful to watch. It got me to thinking if you have to race that way with a KA100 I probably need to change my sights on a kart to something with more HP.

I think the suggestion of finding different videos to watch is a good idea.

Definitely could be a case of club racers not quite being at the correct level. I find most people I coach have a long way to go in braking technique. It’s one of the hardest and most important aspects of driving to master. 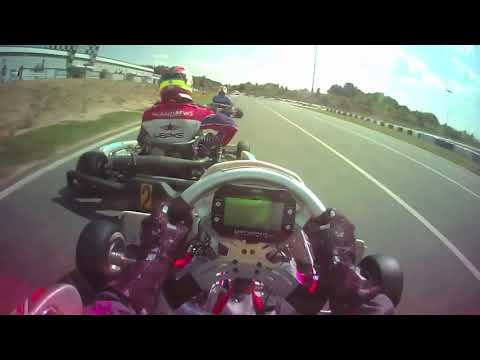 Thanks for the video link TJ! Lots of good stuff in there. Is this you with the cam on the helmet? If so, some great driving…

At about 3:12 on the video Kart #388 looks to be passing under braking. The Kart gets a little squirrely, is this a common event under braking, with the Kart getting that unsettled? Or was it because the driver was braking heavier, closer to the limit, or too late? I never saw that kind of unsettling from the driver in the video.

I loved how the driver in the video, you I presume based on the title, would size up the kart in front of them before commiting to a pass.

No doubt in my mind that the KA100 platform is sufficient to start if this kind of performance is possible. Probably not for me for awhile, but in time.

This chapter from Terence’s book helped me conceptually:

Thanks, Dom I appreciate it.

At 3:12 yeah that’s an out-braking overtake. Like we noted, being rear brake-only for the most part, karts do tend to get squirrely when you’re on or slightly over the limit of the brakes, which is especially common during an overtake. This one is especially a little wobbly, probably because I was pushing him a bit into the brake zone trying to help him by. At 4:55 you can see me countersteering passing in the same spot, so again very late and hard on the brakes there, and the kart is slightly stepping out because of it. At 6:26 there is a hint of countersteer under braking as well, and at 7:29 when I go to the lead there is also some of that too. Not quite locked up, but just right on the limit that the rear is light and dances a little bit.

Most of the top-tier guys are braking in this way, especially when overtaking.

If you want to study braking, you can check those onboards : 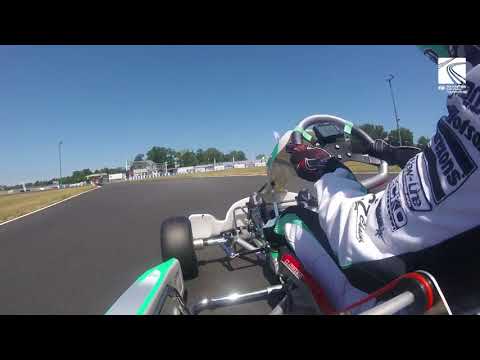 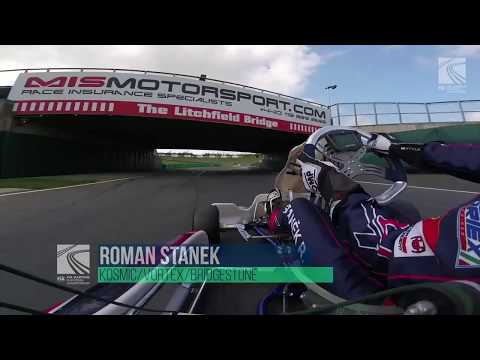 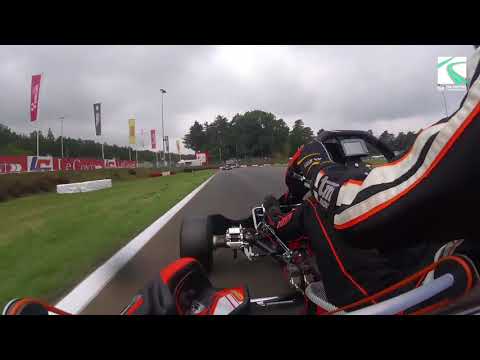 That De Conto video is pretty great. His hands are just buttery smooth!

Thanks for the links to the vids.