Good Afternoon All,
My partner and I are toying with the idea of building a Go Kart track in or around Greensboro, NC. We have some questions before we get to deep into it. We are aiming to have a state of the art track with paddocks (garages available for monthly/yearly rent). Main question is, how many members do kart clubs close to big metropolis’ have? We are guessing appx 50 but that number seems kind of low if you look at population ratio, so just curious if anyone has any information on average number of club members. We are aiming for the track to be .6-.7 miles long, modeled after a track in Europe. Is concrete or asphalt recommended? Cost is not an issue. We eventually want to turn it into a “country club” but with Go karts instead of Golfing if you will. But more so for instruction, not just rentals, in fact we want to shy away from rentals and would like to focus on corporate events and memberships. Looking forward to hearing some responses.
Thank You!

50-100 is probably pretty standard for most local clubs across the country, though it varies quite a bit.

One thing to note is one of the nicest and most well-run kart tracks in the country, owned and operated by people who have years of industry experience is located in Mooresville, NC (GoPro Motorplex). Not sure how feasible it would be to have two tracks so close to each other trying to vie for the same pool of customers.

Thank You for your quick reply. Yes, we have frequented the GoPro motor plex quite a bit and bought several karts from them, love that track! But we feel like they cater more towards the individual rentals and not so much the event part of the business. Additionally we want to make it kind of like an instructed karting experience. We will put people in KA100 and move up classes if they so choose, or drive well enough to move onto the next class. Moorseville is also quite a drive for Greensboro and Raleigh customers, depending on your exact location. And the next closest track is VIR, which we love as well, but still just a little over an hour to get there.

The GoPro callout is a good one. OP should spend some time there to get an idea of what an excellent facility is. I do not think Greensboro is too close, though.
A) Greensboro is 75 minutes from GoPro
B) it is a decent size city
C) it is 50-90 minutes from the triangle depending on exact location and cuts off over an hour compared to GoPro for those in the triangle.
D) Competition is generally good as it creates a larger pool of drivers. In this case it sort of extends the reach of GoPro.

Without looking at the books, I’m not sure if running a track without rentals is viable or not. Given the number of indoor tracks that survive solely on rentals, it seems that they can provide a viable revenue stream.

Awesome insight. I am with you were as we hit the triangle customers just a little harder since we are closer. As far as rentals go, I do agree to some extent. I think the rentals pay your overhead, but think the cash flow will be in the storage ability and the number of garages you can accommodate. For example, garages at go pro range from 2100-5700 dollars a year, and there is a waiting list a mile long. And once you have a garage there, you are less likely to go anywhere else since the convenience is basically what you have bought at that point. The go pro track is awesome, and no doubt they can run a good show, but we think there is another target demographic in the karting world we could hit, as well setting up a convenience factor for people further away from GoPro
Thanks Again

Not sure how feasible it would be to have two tracks so close to each other trying to vie for the same pool of customers.

These two both survive 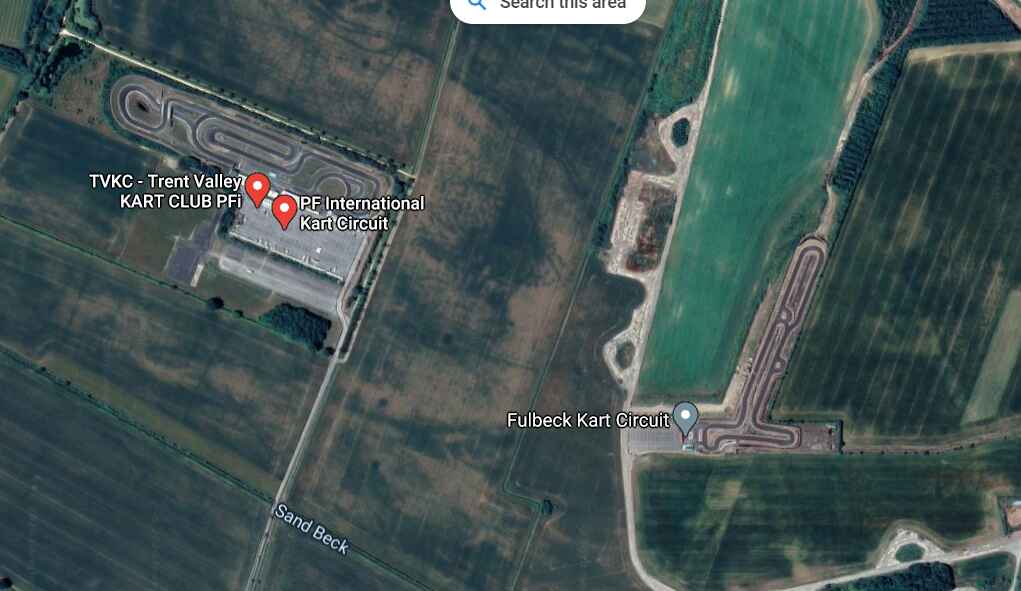 It should be said that two top class tracks near each other isn’t such a bad thing if they drive up interest in the sport. We have a ton of tracks in the UK within 30-45 minutes of each other. OF course there are different factors at play like population density and so on.

I wish we had that many over here in NC! Garnering interest in the sport is one of our objectives, were we can help guide kids along with their parents into the racing world (still have yet to find a kid who doesn’t like to drive around a go kart) while also making a fun enjoyable time for parents and kids. With NC being the racing capitol of the US, we think the market has massive potential

How would the membership work? I live in Asheville and GoPro is closer, but I could drive to GB on occasion if the track is great.

We were thinking appx 300 a year and then 15 dollars every time you entered. I think GoPro is 1200 a year and unlimited track time. And if you opted for a garage you get a “concierge” like treatment. Making an app for the customer to tell us when they would be there and we would get your kart ready (air in tires, fuel, chain, etc). Not exactly sure on price, but modeled somehow like that

Jim Hall racing out in Ca had an interesting club model. He had a fleet of 100cc that he ran regular club races on. In addition you could store your own kart if you wanted one. He had a bunch of guys who were really good karters that would work with you if you wanted as mechanics or just coaching etc.
In addition, he also did car stuff on the kart track, which was kind of neat. It was a kart and car club. So you’d join, pay dues, and then access the whole shebang, I guess.

I spent a bunch of time there and really liked the cozy club feel. It was very friendly and very much what I needed as a new guy.

He also ran concession karts at the Santa Monica pier which I guess was helpful financially.

That would be a no from me on both items.

A) I would likely only get to the track a couple of times a year. A membership only track is going to cut down on the cross-pollination between GB and GoPro.

B) I will store my kart at home

C) I don’t really want anyone fuxking with my kart.

What are you basing the prices on? Value, or estimated costs?

Off the cuff, without “traditional” rentals you’ll need to find a way to gross four or five figures per day. Or develop a model that supports running it without that kind of revenue.

There are some tracks that belong to and are operated by clubs only, but often they seem to miss out on facilities and updates compared to (successful) rental tracks. But they are an essential part of Karting’s fabric too.

I don’t know of a business based facility that doesn’t have a rental fleet. Purely private club member tracks don’t necessarily need that, obviously, but if this is to be a business, then quality & funding go hand in hand. Rental fleets usually represent the primary revenue stream as far as track use is concerned in a track-based business model, & all of the stated planned/desired features will drive operating costs.

Concrete is more durable than asphalt, but affords significantly less grip, so only really appropriate for rentals. If performance level karting is going to be in the plan, then asphalt would serve better; the polymer-based formulation offered can impart good durability. It’s also less prone to cracking & easier/cheaper to repair.

Sounds like a nice idea, & I hope you can succeed.

I don’t get having corporate events without rentals. If you’re paying to maintain a fleet of karts, why not run them all the time? How are you going to hire employees who don’t mind working the odd days of an events schedule without regular work? Not to mention things like insurance.

The number of karters is small enough. The number who own their kart is really really tiny.

Insurance should be OK, usually it’s an annual premium/policy.

Of course you have to eat that cost for times you’re not running…That’s what I’ve had to do for Ice karting.

This is helpful. I will look it up! Thank you!

Looks like consensus is to look into operating rental karts. While we don’t disagree it is a revenue stream that is constant, we wanted to avoid making it, I guess a public place to just come and mess around on. We want to really hone in on the people who are serious racers and for people who are wanting to get into it but don’t know how or have access to karts. So I guess in the grand scheme we would have rentals but it comes with instruction and classes.
Thanks for the tip on Asphalt vs concrete!

It really depends on the model you want to pursue. If you can swing it without a rental fleet, then it’s that much less overhead to contend with, but your revenue stream is limited. Given the types of services you’re looking to provide, it seems like you’d need that kind of income, & I’m not sure what else would attract uninitiated customers to give it a try. If you could somehow pol the prospective market to get an idea of what you’re dealing with, you’d have a clearer basis for determining what you need to do to build & maintain a customer base.

Of course, remember that simply catering to preexisting needs/wants is the short game. You actually want to expand & grow interests to broaden the value of what you have to offer. That makes it more of a long term win-win instead of just an immediate gratification experience, which is what I consider pure rental operations to be (Nothing wrong with it, if that’s the goal).

Good point on attracting new drivers, you want to be able to offer an alternative to the instruction if someone doesn’t want to pay for all that, makes sense. Need a cheaper way for someone to just come drive and try out racing. Maybe price it so the rentals could be more affordable for the people who can’t necessarily afford the whole track instruction experience.

We want to really hone in on the people who are serious racers and for people who are wanting to get into it but don’t know how or have access to karts.

Then have concession karts. Good ones. And a race series. And a second fleet of karts with more powerful engines and no bodywork for your “pro” series (like OKC speedy kart series).

Or, buy SODI and become an SWS location. https://www.sodiwseries.com/en-gb/

Rentals are not a negative, imho.