My daughter runs in the cadet classes here in the United States, and we run the 4.6 tires on all four corners of the kart. When I see pictures of the cadet classes from Europe and Asia, I see that they run a narrower front tire. Does anyone know why the difference and the same tires aren’t ran everywhere?

Does anyone know why the difference and the same tires aren’t ran everywhere?

You have to be careful comparing karting in the U.S. to overseas. The age range and class names and structure overlap and sometimes don’t translate. In the U.S. in the Kid Kart class, some tracks/series allow the 4.0 tire. In Europe, some call that 5-8 age range “cadets.” Even here the traditional cadet class is being broken into micro and mini.

The same tires aren’t ran everywhere because we live in a spec tire & engine world. Tire companies/importers/distributors want a piece of the money pie, so they give incentives to tracks/clubs/series to run there tires.

Let me clarify some since I understand why different tire brands aren’t ran everywhere, why aren’t the same tire sizes ran around the world on 950mm karts (typically ages 7-13)?

Case in point: Sr 206 runs 6.0, 7.1, or given the choice of the two for rear tires depending on where in the country you are and what rules you run under.

Not sure that actually answers my question, it might, but it seems to address the difference that is across different races in the US. What I am referring to is the narrower tires on the Mini chassis you see on most manufacturer websites.

The front tires on the Birel Mini in the picture below is narrower than anything I have seen ran in the US, I don’t even see them as an option to purchase in the US. If the reasons you mention above do apply, then ok, but if that were the case, I’d expect to see some series running the narrower front. 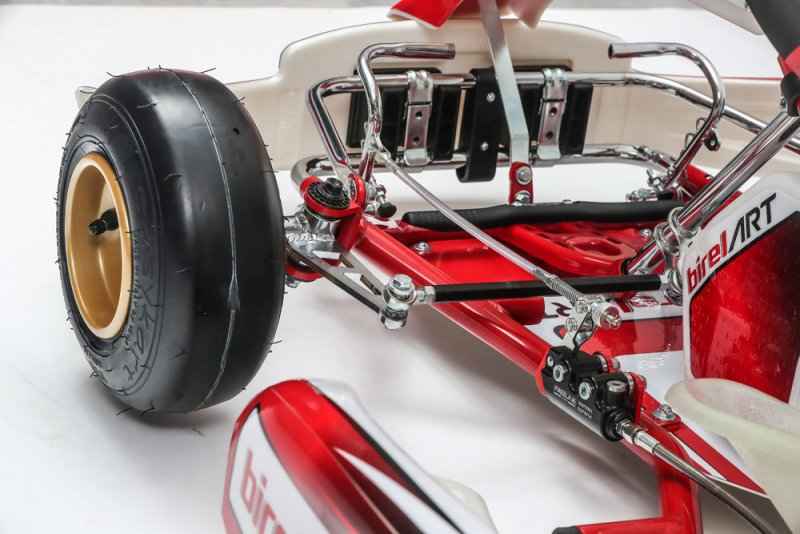 There really isn’t much technical or tactical reasoning. It’s as simple as there being two less SKUs for the importer and the dealer network if they have the kids run the same tire all around that the other classes run on the front. Better product turnover in the warehouse and on dealer shelves.