Can anyone help identify this kart chassis?

a buddy of mine found this frame for sale and we are trying to figure out what it is. The owner doesnt know much about it. 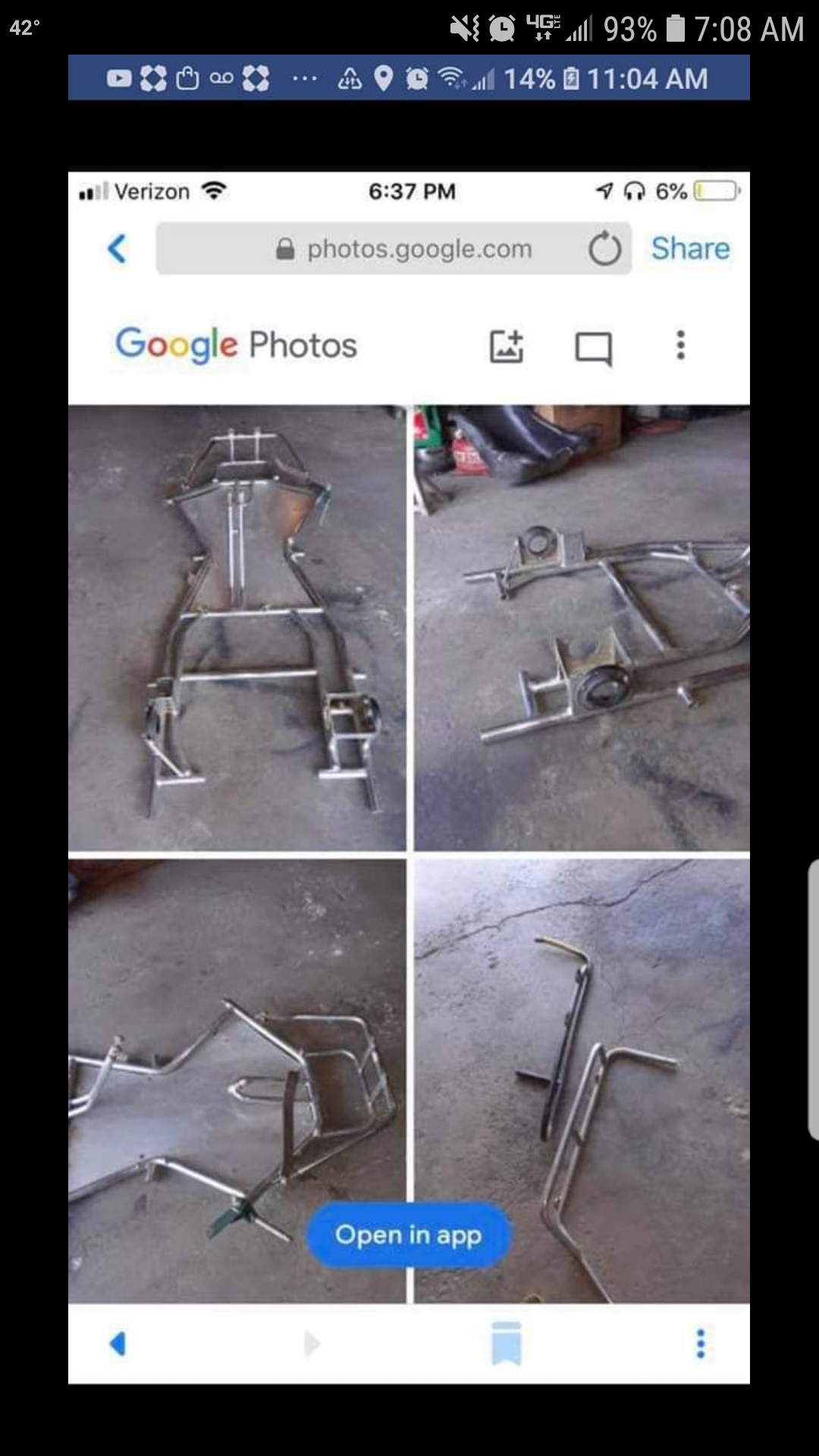 Any marking on that one spindle?
Rear setup looks American… I’m going to guess a high-hp Coyote prototype? Interesting features on it.

Nope the guy said there are no markings or serial numbers. Thank you for the input

It looks a bit dated.
Bearing carriers are pretty unique.

Re: bearing carriers,I bought a set of those, weld-on blanks, machined, from BMI not too long ago -4-5 years. It’s possible this is a homemade, albeit well-done, kart…

About an hour after i posted this the guy sold it. Now hes asking what it is on the kart trading post on Facebook. People are saying its a coyote! Thanks for the help man! You know your stuff! Wish my buddy would have bought it