Can anyone Identify my kart?

Hey everyone I recently purchased this go kart. What is it? 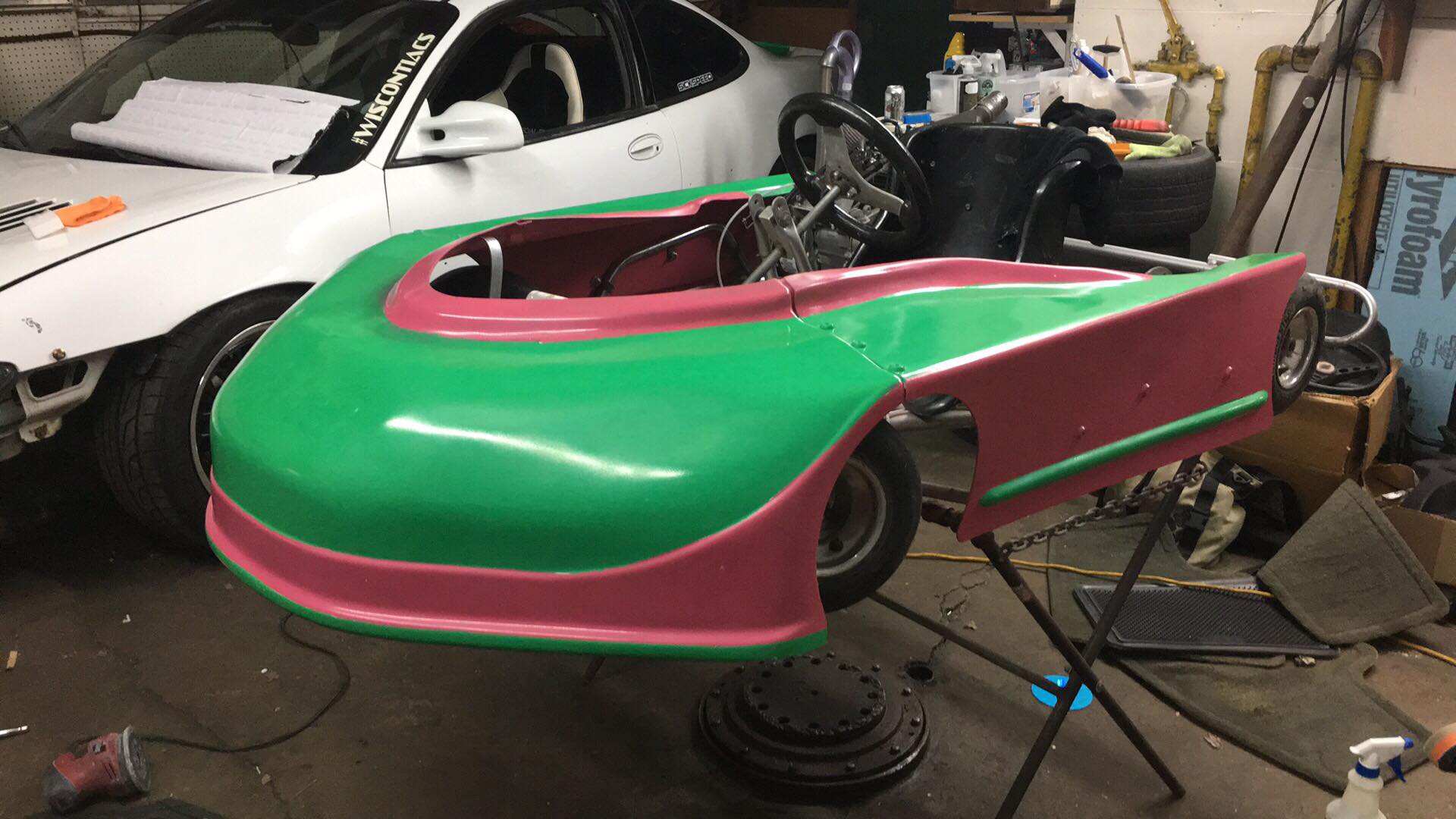 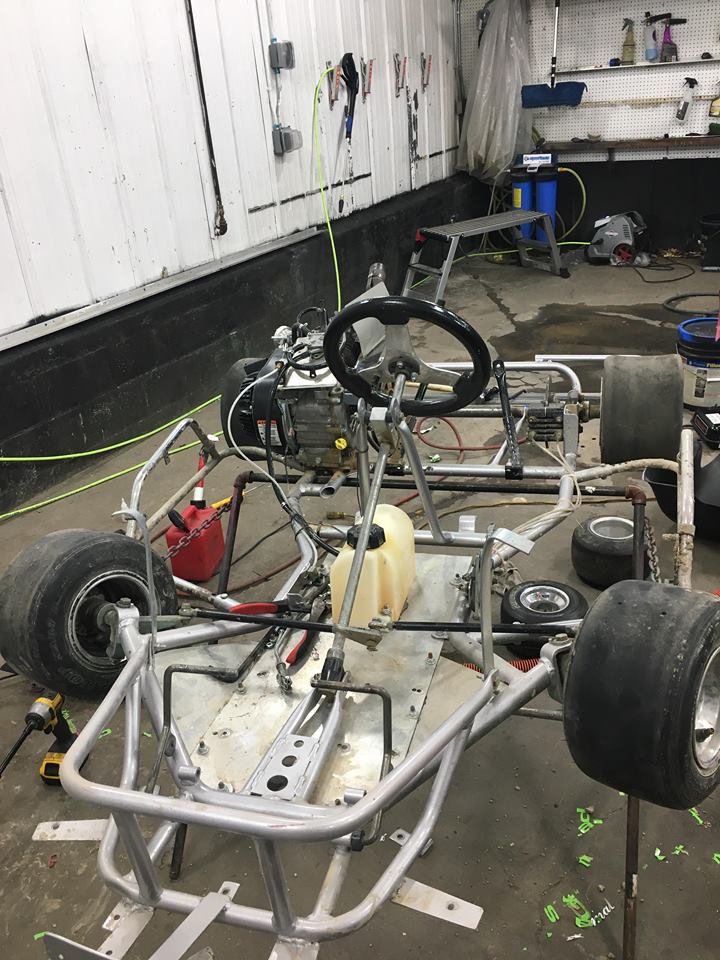 If any other pics are request just let me know.

Oh, I don’t know what it is but it should be nearly good to go for the 206 cup. Perhaps fairly competitive considering the skittle bodywork.

Make sure the kart is not running offset tires (wider left to right.)

lol the pink and green are gone below is a picture of one of my favorite drivers. He flipped coming out of turn 4 and collided with the inner guard rail, passing away not long afterward. The kart was setup for a 4 year old but it is an adult kart. 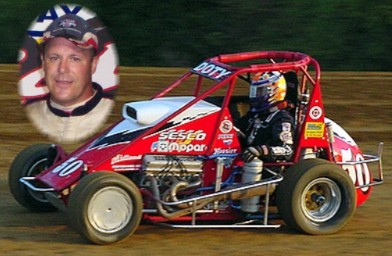 I was at Kevin’s last race. Where are you from Johnathan? I grew up going to Angell Park every weekend.

Regarding the kart; being an oval kart, it probably wouldn’t be too competitive on a road course track, as the offset would make it useless in right-handers. Unless the track was 90% left-handers. Also does it have an actual 206 engine on there?

Regarding the kart; being an oval kart, it probably wouldn’t be too competitive on a road course track, as the offset would make it useless in right-handers. Unless the track was 90% left-handers. Also does it have an actual 206 engine on there?

I don’t think it’s an offset kart though. It looks like a straight rail kart.

Yeah you appear to be right. I just read “set up for oval” and assumed without looking to closely at the photos.

If it’s not offset then it should be fine to race sprint.

I live in whitewater wi, I grew up going to Jefferson Speedway and Angle Park Speedway.

As for the kart its, not super offset. I know I might have to change some tires. The Engine is a Briggs and Stratton motor, beyond that I don’t know what it is. i can say that the carb from my Predator 212cc bolted right up to the Briggs motor tho. I also have 2 restrictor plates.

Can you post pictures of the engine and the front spindles? From the limited pictures it looks like an older Margay. It should get you started in the 206 cup just fine.

The left side tire is larger than the right side 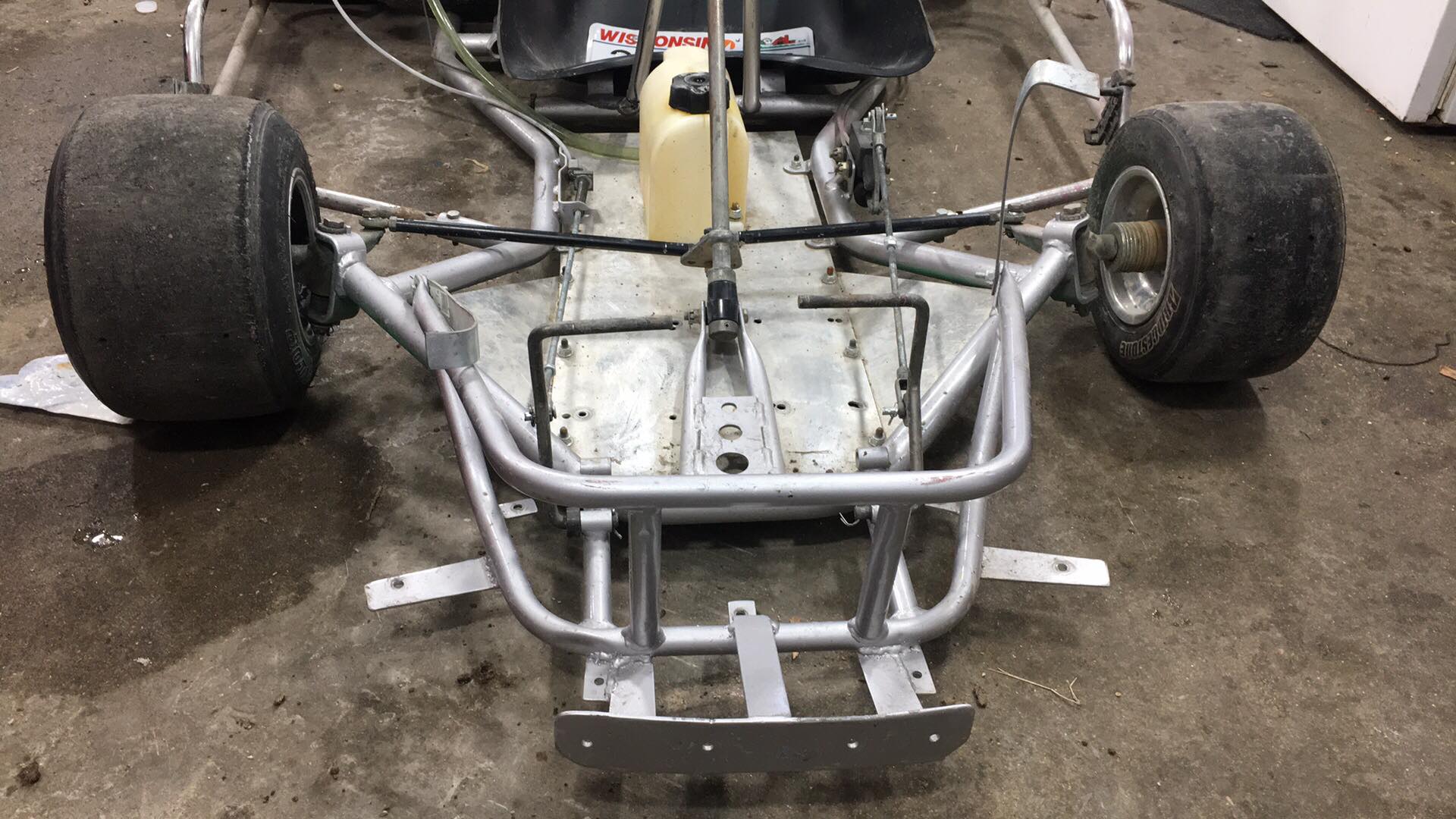 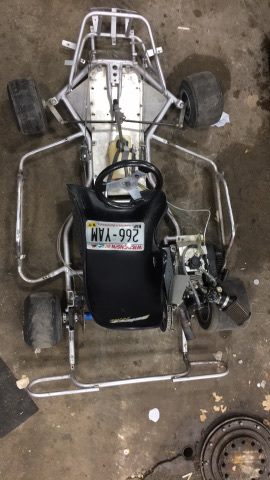 The left side tire is larger than the right side

That’s what I mean by offset tires. Are the spindles the same length left & right? Cann you get us a shot of the rear?

I am thinking this is a repainted Margay Brava 1 or Brava 2. And I would plan on replacing that seat.

Skittle bodywork is a reference to the style, the Gold Cup bodywork. I actually don’t mind the colors, and I would plan on keeping the body since it is 206 cup legal for 2018 and (arguably) could be advantageous.

That is a straight rail kart with offset tire setup. They were using it for oval racing. Just get the correct size wheels for it and it will work fine for 206 cup. The engine looks like a clone.

Take a picture of the spindles and a better shot of the rear.

Sorry it took so long to reply Chad. Here are those extra pics you asked for. I think the motor is a Briggs Animal 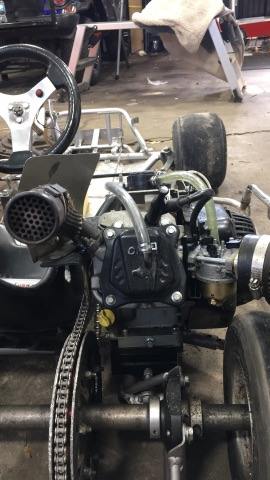 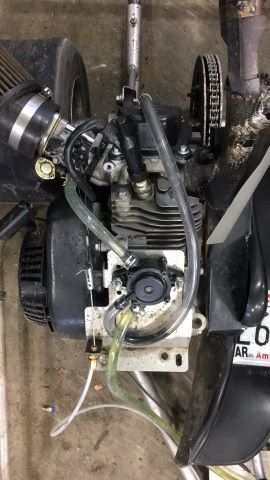 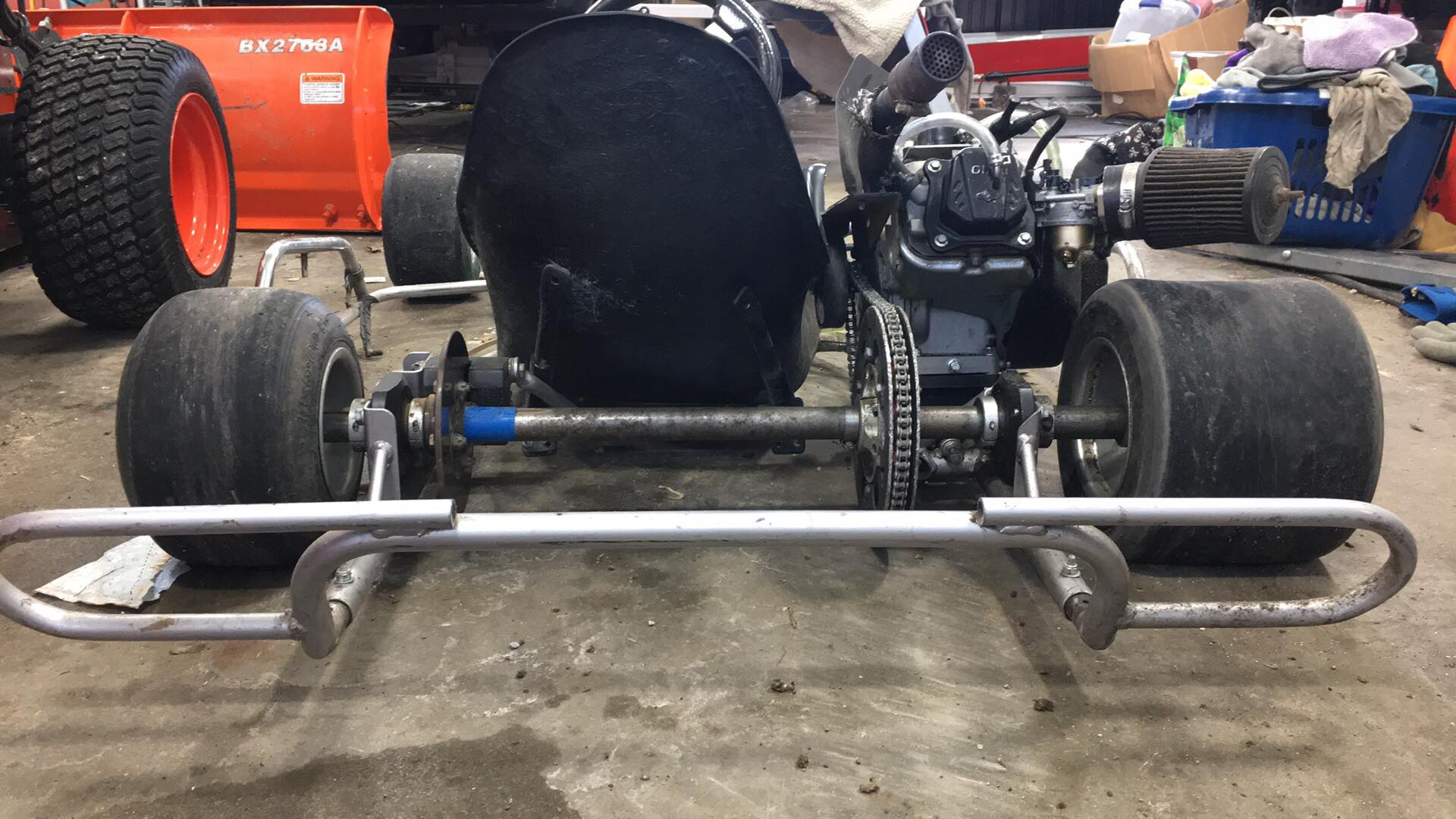 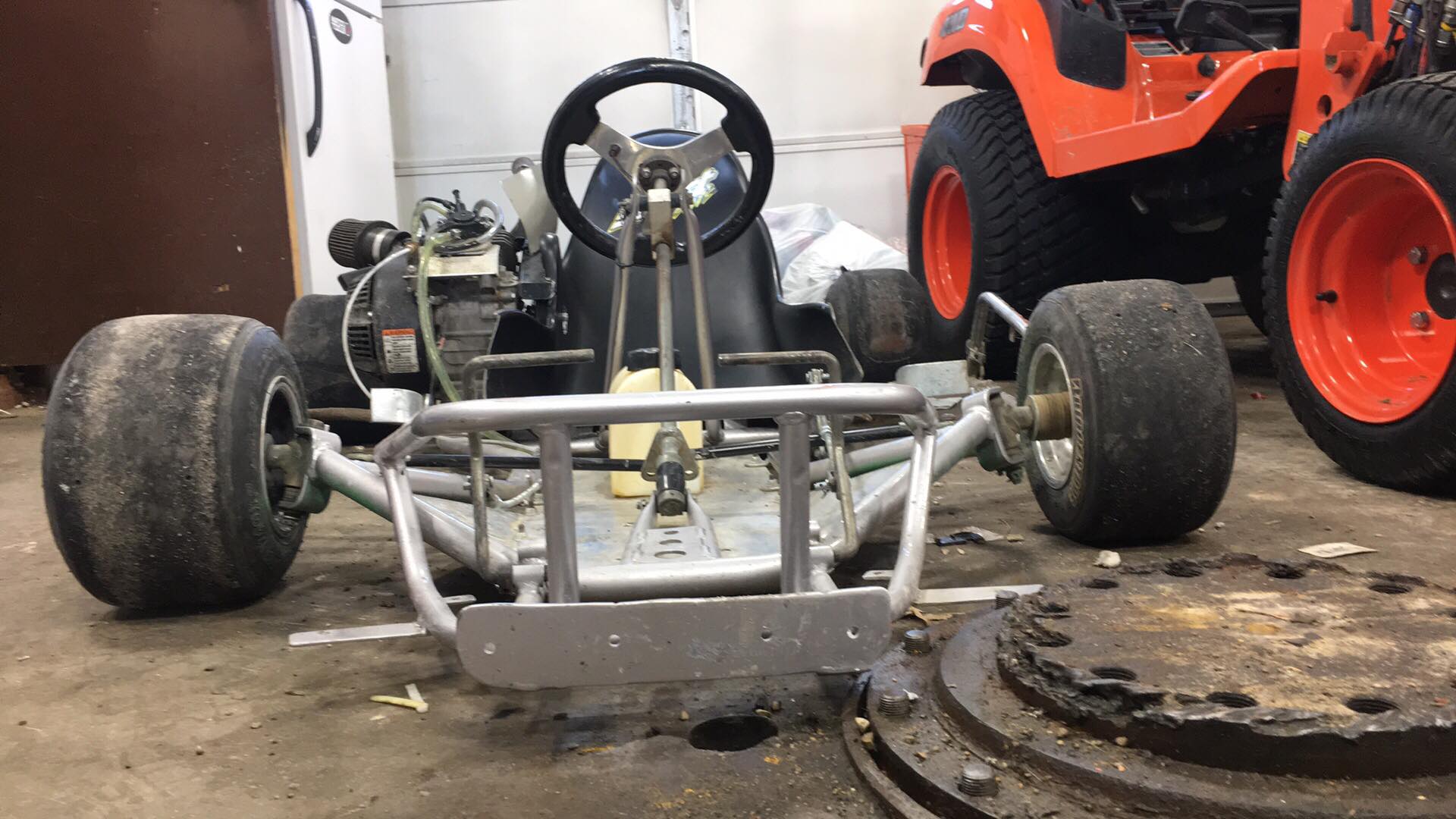 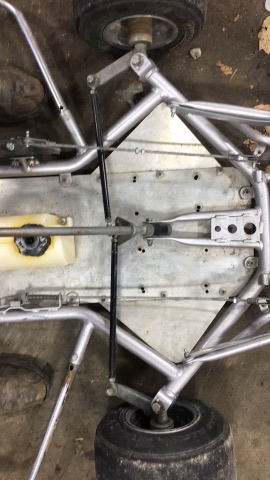 Thank you Chad! It is a 1982-1997 Margay not sure what model yet. But the serial number is stamped on the right spindle.

That’s what I mean by offset tires

Stagger is the term that generally used. Lets use that

@Ted_Hamilton wrote about it some time ago:

Ive just got the email back from Margay. Its a 94 Margay Lynx A/C (Adjustable Caster) it was designed for sprint racing!

Great to hear you got an answer. Margay are very helpful in that regard.

That is a Clone engine and not a Briggs. You’ll need a 206 engine. That margay should be fine to get you started. I’ve recently ran a 94 Invader with success.