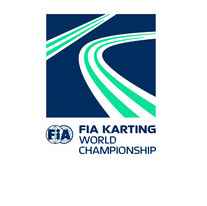 WELCOME TO A NEW ERA OF FIA KARTING

2018 marks a new era for the CIK-FIA karting championships with the introduction of RGMMC as promoter. The main priority for RGMMC, working together with the FIA, is to promote karting to a wider audience and attract a strong fan base, and one of the first key tasks was to redesign the championships’ brand image.

A number of different agencies have over recent months presented their suggestions for a new branding concept, and ultimately it was the world famous design team (Interstate Creative Partners) which was instrumental in the creation of the Formula One and GT1 brand identities, that was appointed to complete the process.

The journey began with a name change and rationalising the number of logo variations. In the past there were nine different logos for the various karting series, this has now been reduced to only two: one for the Continental championships and one for the World Championship.

As the only property of the FIA to display the letters CIK ahead of the championship name, it was also decided that naming conventions should be aligned and standardised with the Federation’s other leading motor sport series by renaming the properties as FIA Karting. This approach to nomenclature ensures that all championships administered and sanctioned by the FIA follow a consistent and uniform structure which offers the karting world the same status and reputation benefits as other leading categories.

The new logo has a much more modern concept which is better suited to digital channels and animated for video use. Based on the well established (CIK) karting “K”, wrapped in the deep FIA blue, the logo depicts two karts racing to the finish flag and, as most kart races end, shows a close finish.

“I’m very excited about the new brand, the agency together with the FIA did an amazing job to have completed the project in such a limited time frame. The need to rebrand karting and change the public image of the sport is vital and the new brand identity and title is the first step in reaching the goals RGMMC and FIA set out to achieve. Starting the new era with a new image, name and modern approach to the sport, 2018 will be the foundation of a very strong future.”