Deciding on engine for TAG class

First post so be easy on me. Last July I bought a used Margay brava 1.7. It came with a non-Evo Rotax with “20” hours on it. I got to go out for 3x30 min sessions at the local track with it, and besides some miss firing on the last outing has been “ok”. I have tried to do alot the work myself so far. Rebuilt the caliper, and master cylinder, rebuilt the fuel pump, changed out both rear cassette bearings. Rebuilt/reworked the carb.

My plan was to have the Rotax freshened up from our local karting place here in WA, or just buy a whole new Rotax SR EVO setup. But the more I read, the more it seems people are going to the X30, or the ROK (first read about it today actually). I understand being 35 years old I am not going to go out in my first season and Verstappen it up, but having the equipment to be competitive if the skill set should rise wouldn’t be a bad thing either.

Would it be better to just have my motor rebuilt, and add the EVO upgrades, or switch engines now? Thanks for listening, and for any advise.

I think honestly if the Rotax is in half decent shape, keep turning laps on it for now. They are a very reliable package and will take some hours on them. Often up to 50 hours. Now folks running them competitively will not put 50hours on one, but the way I see it you still have some life left in that motor you have.

Worry about the next motor once you’ve worn the “Prevo” Rotax out. WA is a funny area, being close to a couple of tracks in Canada, a Rotax might be worth hanging on to. The main other TaG motors are the IAME X30 and the Vortex Rok. Up in WA they have the X125 too, but really it’s not very common.

Older Rotax engines are not the easiest engines to work on, so kudos for slowly working through it, and for enjoying it!

The transition from running laps by yourself to racing can be a huge learning experience. As James mentioned, I honestly would recommend you continuing to turn laps on your existing Rotax, and even try out a race or two on it before making any huge investment. While there may be faster engines out there, if you quickly learn that it is your driving that is really hindering your progress for now, I would focus more on that than buying the best new option.

More than any period of time in recent memory, you really are spoiled for choice with quality TaG options. Naysayers aside, the Rotax EVO really is a solid engine, as is the X30, and even the Rok, albeit slightly less tested. Having driven the Rotax and X30, both are great engines, with the X30 being slightly more my kinda thing.

Give yourself a chance to experience racing first, and then re-evaluate.

(waves) I live in Washington, so maybe we can get together and I can help you out.

I agree with James that if the Rotax is in good shape, it would be good to turn laps on it. That engine would do fine at a club level, especially just to do laps in. TAG is a struggling class in this area, mostly because there are too many engine classes and not enough headcount right now, but there are efforts to work to build it back up.

One class that is looking to take some shape is the PRD Controlled class, just from a spec TAG engine configuration. They run a smaller carb, so the revs are lower, so the engine ends up pretty reliable. Again, they are just trying to get the headcount to really make the class have some legs.

In our area, we have mostly club and regional level racers, so your Rotax will be great to get your feet wet. Personally, I’m doing PRD Controlled and X30 for 2018.

Sidenote on the X125: - The X125 is really only popular at one track in our area, because the engine distributor is based from there, so I really wouldn’t consider it as a viable option as they are barely raced anywhere in the area. I had two, two years ago, and they gave me nothing but problems.

Welcome to the forums. As a Washington local, if I can help you out, lemme know.

Wow, thanks for the quick reply’s guys. And sorry about putting it in the wrong sub thread. James/Eric. After thinking about it I believe you guys are right. I am not trying to buy my way to the top, but I put the 20 hours in " " cause I am not certain of the hours on the engine from who I bought it from.

Davin, I am in Tacoma, so I have only been to PSGKA’s track so far. If you are out this was let me know for sure.I know about the PRD Engine, just haven’t read anything about the controlled class through the local Facebook/webpage. Everything I have figured out/learned about the kart/karting has been from the internet, so I may be in the dark about a lot of stuff. So I apologize in advance for more ridiculous questions I might have. Once again, thanks for the input guys, it is really appreciated.

Also here is a pic of the Kart for no reason what so ever. 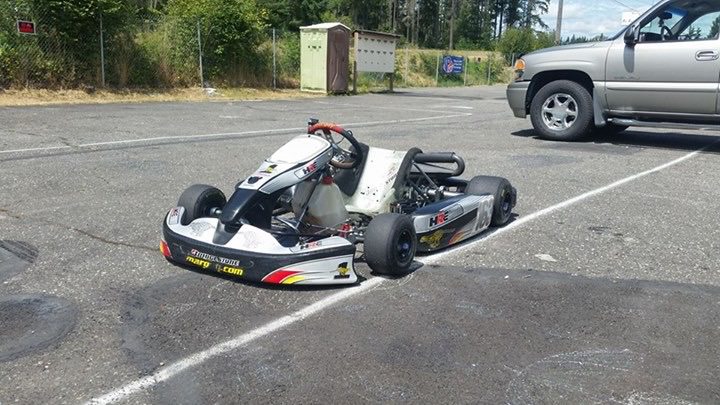 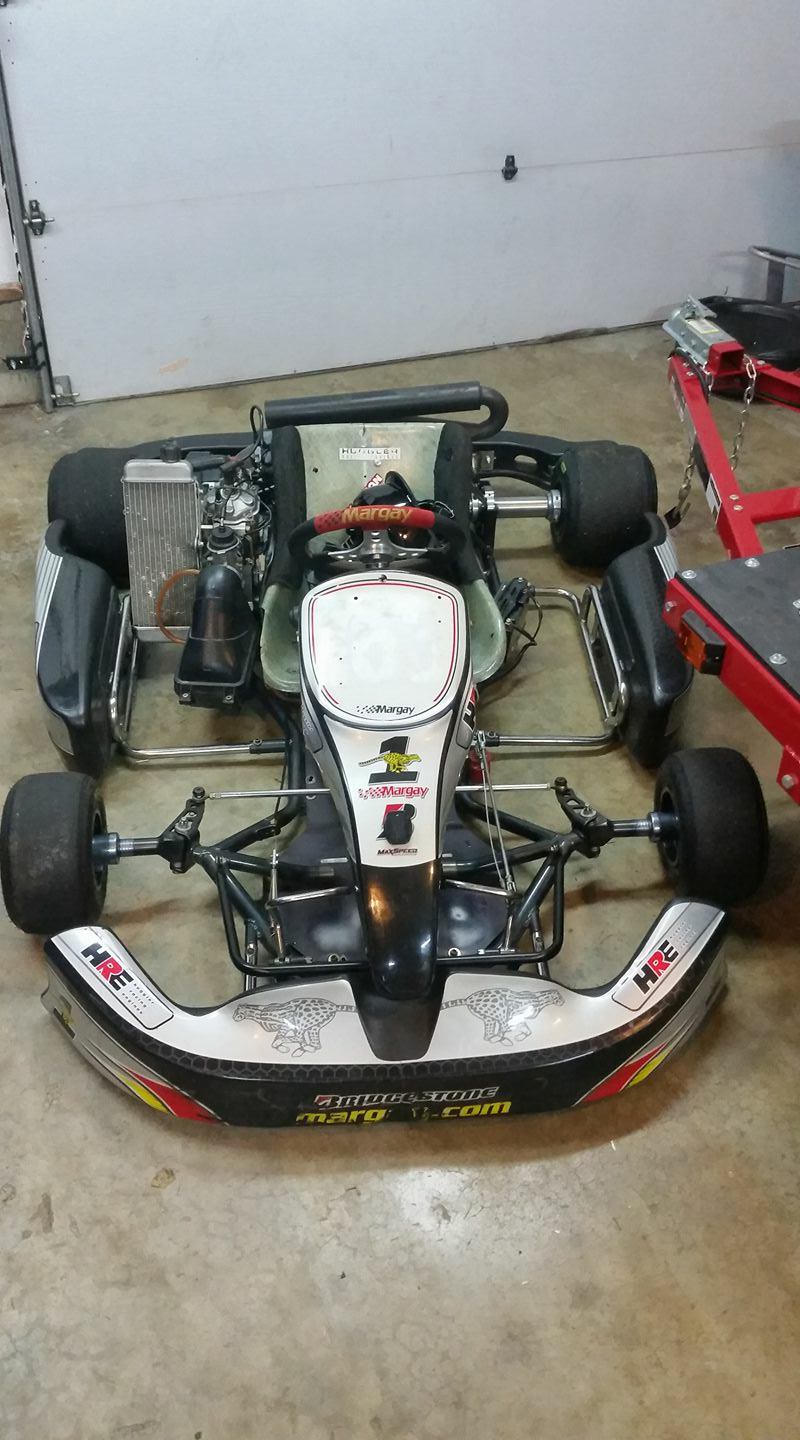 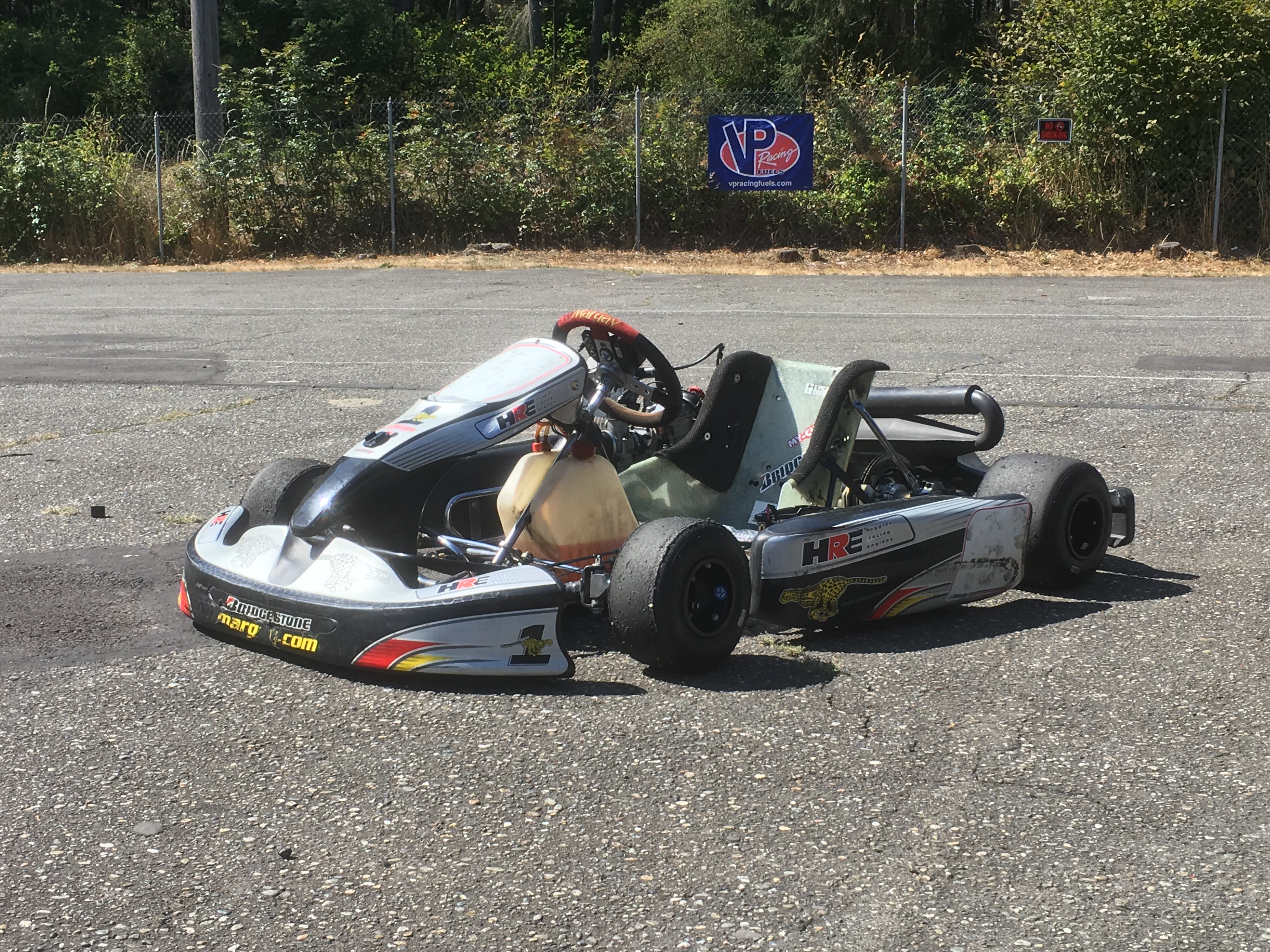 Hey there,
You should also reach out to Huggler Racing, if you haven’t already. He’s literally 10 minutes from PSGKA, and Doug is a wealth of karting knowledge.

My kart actually has HRE stickers on it, and after getting into contact with Margay. My kart was originally sold to them (in Spokane). I didn’t know this when i bought it, and went into Kart-O-Rama, and was treated very well from Roger. So I am kinda on the fence on who to go through. Does Huggler has a Shop/store front? Google maps just shows a house.

And sorry about putting it in the wrong sub thread

No worries, sometimes It’s hard to pick a category.

Welcome to the forums and to karting. You’ve got a good resource over in WA with mister @DavinRS along with some others. Davin has written a ton of stuff on getting started and beyond.

Both places are good. Huggler has a large garage behind his house, which has all of his equipment, dyno and other storage. So it’s not an official storefront like Roger’s, but it has everything that you’ll need.

I’m storing both of my karts with Doug this year, and all of my engines with him. As a TopKart distributor, He offers trackside support and transportation to the races. He repairs and services my kart between races, mounts tires and pretty has most everything I need, except for fuel. I’m running purely TopKart this year, after having gone through several different chassis over the last few years. He also is an OTK guy too, but he also works on everything.

Roger also has some great facility, helps fixes cars, has tons of knowledge and spares. He does bring his trailer to many of the regional races and Gold Cup, but he doesn’t have official trackside support like Doug does. Roger/Gene and the KOR crew are really nice folks though. He’s a OTK and Arrow distributor, but works on everything.

Honestly, you can’t go wrong with either of them. Both of them will work on and help to fix whatever chassis you have, even though they have their preferred choices. The important thing in karting is to really take in the information that people give you, and then independently process what works for yourself. That’s really where people get lost, is that they try to run under one camp/shop and then they turn their ears off to other things.

Karting politics can make things stupid. You just learn not to listen.

Sidenote: Here is a getting started article I wrote to help you…get started. - http://buildraceparty.com/five-easy-steps-to-get-started-in-karting-theartofkart/

Anyway I can help, especially for a local racer, please let me know.

Welcome to KP @Double0fox. Nice looking kart you’ve got there. I can’t specifically speak to the TAG options to look into, but I’ll echo the words of Eric and James.

Drive what you have and enter a few club races. Keep working on that seat time and identify the areas you can improve on (driver, kart setup, etc). As you’ve determined already, there are lots of things to work on for a given kart.

Once you’re integrated in the club you plan to race with, choosing a newer engine will become easier. You might find someone you get along really well with and opt to have a similar package so you can work well together on track as well. It’s an exciting world you’ve joined, so just soak it up and enjoy the heck out of the ride (slower engine in the beginning and all).

Thanks man, Ya seat time is what I want right now. Unfortunately living in the PNW its not being the most accommodating.

Thanks Davin. hopefully we can meet up sometime out there. Just knowing people who are into karting will be awesome. I will have to give Doug a call. One thing I really do want to do is get a new seat installed. The one that came with it feels a little big, plus I am pretty sure it is not installed correctly.

That’ll change once you hit the spring time.
We’re spoiled for two stroke tracks in our area with Sumas, PSGKA, TCKC, Pats, Mcminville and a few others in the area, if you’re willing to drive a little.

I agree with you on getting a good seat. It’s crucial for performance and for safety. Doug or Roger will be able to help you out. If you’re close to PSGKA, Doug is literally around the corner.

Hi Chris,
I would run the engine until you feel like the engine is the part holding you back, Rotax is a great product with long life as people have stated on here, the cost of ownership/running is less than the other brands (but I am biased

When your ready for a rebuild, Rotax has released some offers to the USA market that might help keep the cost of upgrade very low for you make sure you ask the service centre about these programs.
I will speak with the karting pulse guys and see if they can share these shortly, but I dont want to highjack the thread and turn it into an advert.

Enjoy your driving and racing! great to have new people into the sport!!!

Rotax are working with clubs and tracks across the US at the moment to get some incentives going. Not sure why we’re not hearing much from Rotax themselves (Maybe Steven can poke a couple at BRP), but nonetheless it’s good news give how many FR125s are out there!

John from compkart in NJ/PA was saying the rotax guy had been in touch and was looking to have some guys run rotax in our neck of the woods. I think he was going to line up 5 or 6 engines. I’m not sure if there’s a race planned or anything.