Full onboard video from same article (camera work not so fab) 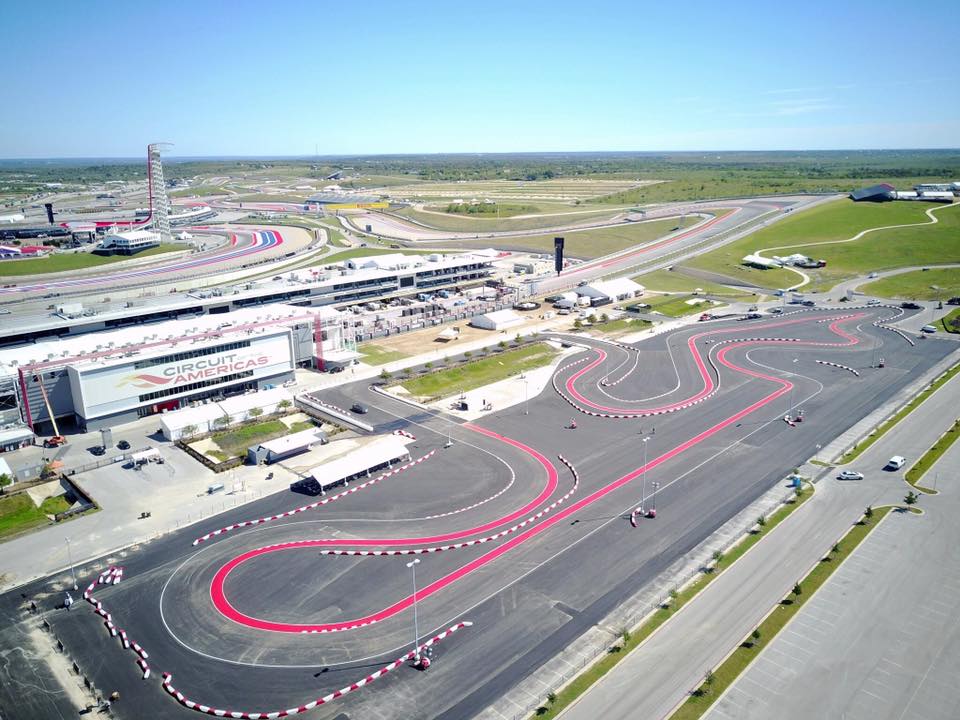 Another image courtesy of Greyson Eves 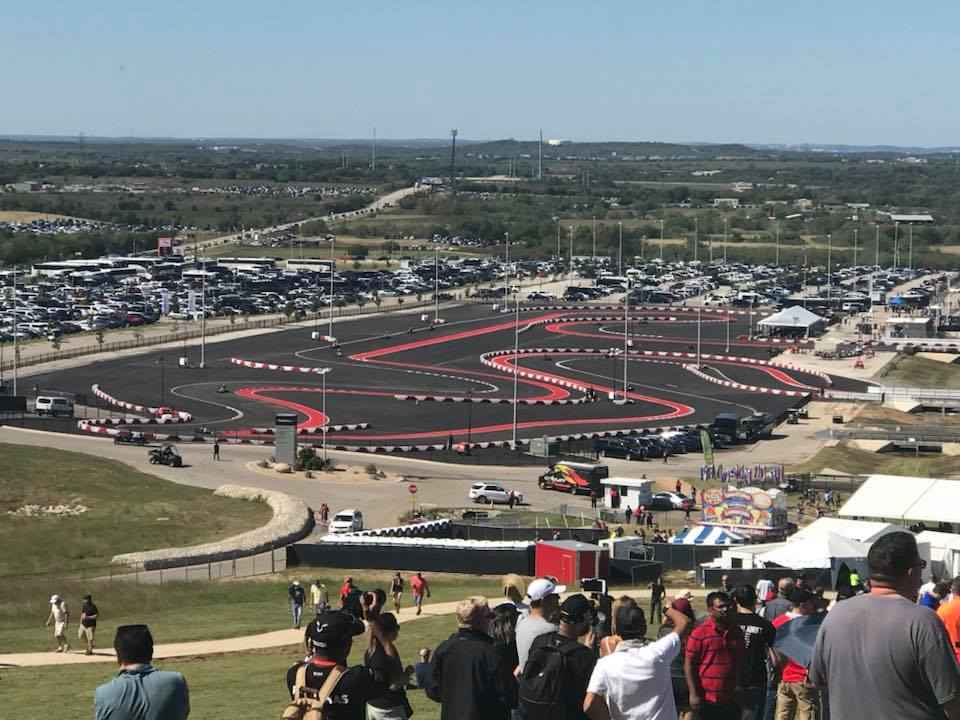 No real relationship to Race Karts. Just a money grab. They could have done much much better.

Given the space, what would you have done differently?

I’m not going to fault them for making money after all it still represents an outlay of capital on their end between the fleet of Karts they bought two years ago and setting up the track.

To be honest, if more kart tracks followed suit, competition Karting would be more sustainable. For the ones that do, that’s pretty much the main reason they can exist at all.

What, if anything, do you know of COTA plans to install a REAL kart racing track…

(A few years ago there were teasing plans to hold a one-off enduro event of the big F1 track).

What, if anything, do you know of COTA plans to install a REAL kart racing track…

None that I know of, but I dont want to claim I have any kind of insider info regarding COTA and their management either…

There’s been two attempts to get an enduro race there. One by Bernie of the USKGP (that was the first one) and one by Rob Miller of the Texas Lone Star Grand Prix. They key factor seems to be that the track won’t make anything on concessions with a kart race. Their 50K/day cost is largely based on that. With cars they will usually draw a crowd, sell ( a lot more) fuel, have vendors on site etc etc. That’s also based on the assumption that they will infact rent to that person/entity, they won’t rent to just anyone and I believe events have to go by their board of directors.

I haven’t heard a peep at all from Bernie in four years or so. I hope he’s OK.

As far as I know, Rob Miller hasn’t given up on the idea, and is building/maintaining a relationship with COTA with some non karting events with a view to maybe, maybe either having a karting event, or a mixed event of cars and karts.

I think it will happen at some point, and it will be incredible. You could fit a gamut of karts on the track at once pretty safely. Stacey Cook has a relationship with them too having sold the rental karts to them.

Your update, James, is well worth the read. Spent some time with Miller at Denton and he is obviously well connected.

Yep, an enduro event would (will) be a blast even just once. Rob probably will need a major sponsor or a guy like Alonso to possibly underwrite such a milestone race. Indy seems to have reworked such a concept into a Sprint event.

Hope a kart event happens at COTA and that I`m there. 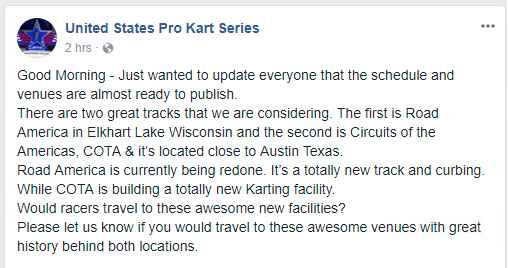 (Can I just say being able to copy and paste an image into a post is nice.)

So I have absolutely no official affiliation with USPKS, my dad is the announcer and organizes a lot of stuff for the series, Mark Coats and the staff are all good friends of mine… Mark asks me pretty often what I think of this idea and that idea.

I’ve let him and the staff know what my picks for tracks next year would be. I mentioned COTA after seeing it on Facebook, not sure how feasible it is or if the series has had a conversation with the track or anything though. Would be cool for sure! Would be especially rad if they could pair it with some other event going on that weekend, even if it was like just a track day on the big track.

Are you allowed to overtake while cutting a corner? Asking for a fellow Dutch friend 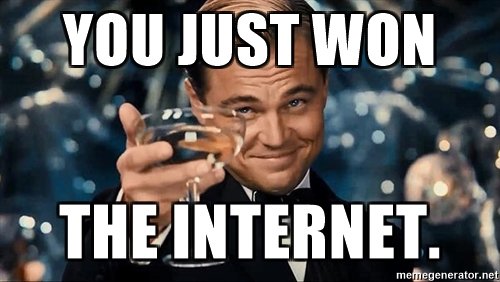 Mark and Jake French took a shifter out there recently and shot a little trackside video… Looks like it could be a viable option for compeition karting. At the least, that option is being explored.