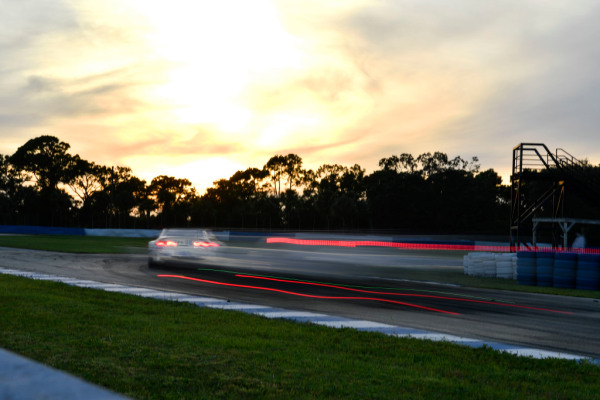 Interesting. I wish karting organizations would think like this.

They already have in the past, and based on the results, karting is no better or worse off without them.

Call me crazy but a high level kart race in the “infield” of some major car race weekend or 24hr race would be cool.

From what I’ve seen SCCA’s ties with karting lately are mostly tied to the Jr. Briggs/Yamaha and 125 Shifter kart classes they offer in their Autocross program. One gripe I have with car clubs’ perspective of karting is that they sometimes see it as a kids’ sport, something a child would do until they’re old enough and eligible to race cars.

The other potential issue may be that car organizations see karting not as adding seat time for existing members, but potentially taking away drivers from their existing offerings. And I know there has always been some members in the club with a bias against karting in autocross. Some SCCA regions, like the NER, don’t even offer a shifter kart class in their autocross program.

I feel like that’s because SCCA has tries to wedge karting into Solo II events like autocross, rather than trying to join with a sprint karting organization to expand the portfolio of events.

It would take work on both sides. You’d need people in the karting organization who would be able to market karting as seat time for adults, rather than a feeding pool to take kids out of karts and put them into cars.

I know very few people will the skills and patience to do that.

Mazda USA used to put up some hefty sponsorship money for national-level karting events, mostly WKA Manufacturers Cup, effectively serving as the first step on the Road to Indy.

I was mainly referring to US interests for karting. I’m not aware of FOM being in any way related with IndyCar (I sure hope not). I do think it would be good for it to somehow be a feeder system to our larger open wheel ladder series, and it frankly just makes sense.

Yes of course there is always the money angle. Examples like Jeff Gordon going into NASCAR because he couldn’t get the sponsors for an open wheel ride. Not F1 type money of course, but some is still important.

I do think it would be good for it to somehow be a feeder system to our larger open wheel ladder series, and it frankly just makes sense.

Couldn’t disagree more. When karting in the UK became closely associated with the concept of being a feeder to F1 costs went stratospheric. The further away pro car racing keeps it’s nose out of karting the better.

After reading that article it sounds to me like IMSA is looking for a way to pick up trained staff more than new racers. Sure the occasional racer may cross over, but note about creating a standardized training platform that works in both SCCA and IMSA speaks volumes. In return IMSA is acknowledging crossover classes in SCCA where IMSA racers can go to get more seat time should they want it. Many of the SCCA Volunteer Workers already participate in IMSA events when they come to town as the article confirms.

I can remember working with TECH during many IMSA events as an SCCA member. However not being Official IMSA workers, we were often relegate to menial tasks. The upside was we got free entry to race and full access to grounds, not just the grandstands.

At our local club, NTK, the members voted last year to Hire Workers for events as it was harder to find Volunteers. For now it is more of a Corner Worker issue than anything. Members remain at all of the Key Decision Making Roles for the time being.

I would love to see more cross-marketing between the National, Regional and Club Racing programs with Karting itself. You could call it a Ladder if you like, but I would call it more a Feeder to the larger organizations. The budget the higher levels have over the average clubs could allow for such campaigns and the the Stories they share about how they reached the level they did could inspire more to join. As it stands right now, most of the Regional and National running series want nothing to do with each other as they worry about having their participants Poached away from them. Just look at their Schedules if you want evidence of such. Most have either overlapping weekends or back to back weekends making it impossible or financially incapable of participating in both.