(Electric) Karting Demonstration To Be Held During Youth Olympics 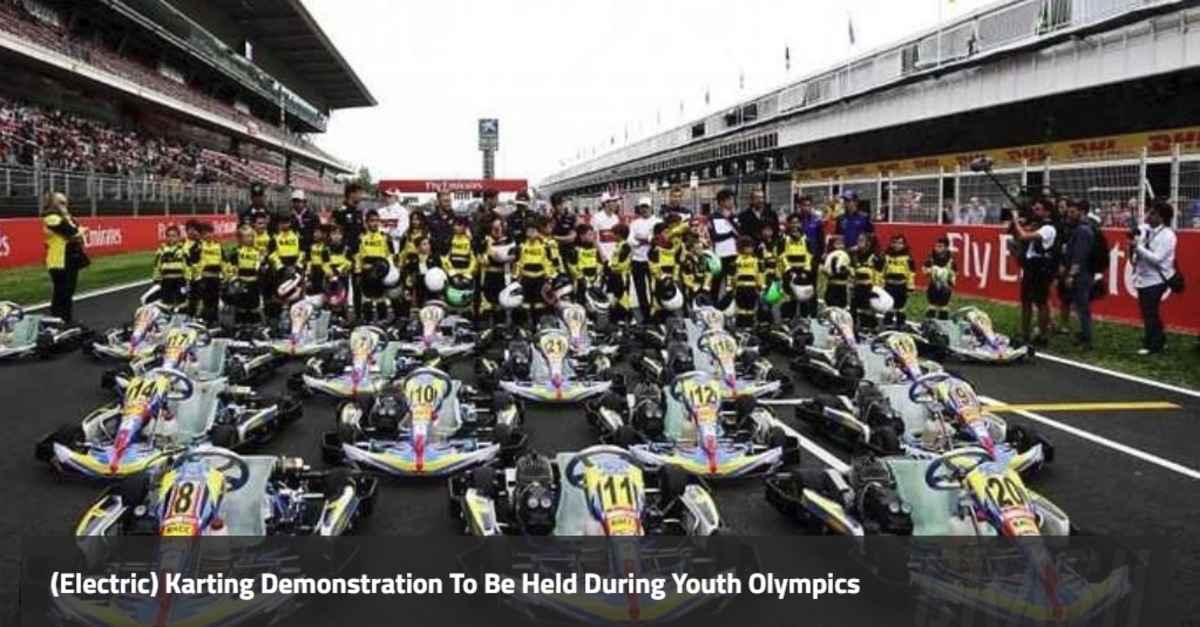 Interesting angle here from the FIA.They are using EV karts as a means to persuade the IOC that the sport is primarily human performance based, with vehicle performance differences out of the equation with electric karts. Now whether that’s true is open to debate, but that appears to be the FIA’s angle with this.

As mentioned below, Karitng is already “kinda” considered an olypic sport by the IOC (International Olympic Committee). Here’s a quick article I wrote about it a while ago, full release from the FIA on the latest development below. 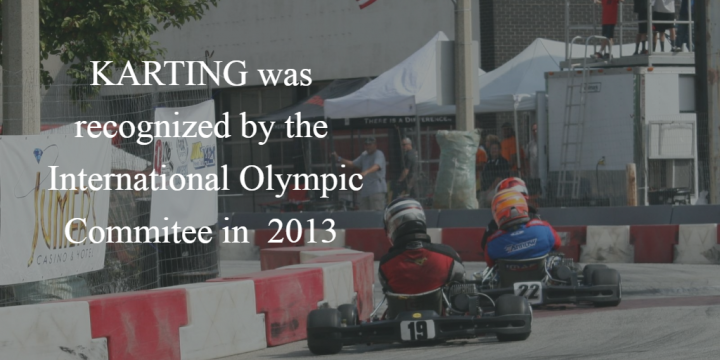 Karting Recognized by the Olympic Commitee

The topic of racing (or specifically karting) being a sport is often contested by those outside of it. In these discussions, I've encountered the claim that racing is officially recognized by the IOC (International Olympic Committee).

FIA president Jean Todt believes the addition of electric go-karting to the demonstration roster at the Youth Olympics in Buenos Aires later this year is a "significant step” for motorsport’s global governing body.

Todt announced at the FIA Sport Conference in Manila earlier this week that e-karting would be demonstrated at the third Summer Youth Olympic Games, taking place from October 6-18, with the event giving motorsport a first platform at an Olympic event this century.

“E-Karting represents not only a new opportunity in terms of motorsport development. It also demonstrates that the world is changing, and that we need to be a change leader,” Todt said during his opening address to delegates and officials from national motorsport authorities from across the world at the FIA Sport Conference.

“E-Karting will also be demonstrated at the Youth Olympics in Buenos Aires, Argentina next October. This marks a significant step for the FIA since its recognition by the IOC [International Olympic Committee] in January 2012.

“Let me remind you that the FIA is a member of the IOC association of recognised international sports federations, and in that respect, recognised as such by the International Olympic Committee.

“We are here to support you in connecting and interacting with your national Olympic committees. This will strengthen you as clubs and federations in your countries as the regulator for motorsport.”

FIA deputy president Graham Stoker elaborated on how Todt had been one of the key driving forces behind the initiative, echoing the message on its significance for motorsport as a whole.

“I think the Youth Olympics is a showcase of youth sport. We have been working hard on trying to come up with some sustainable way of demonstrating our sport, and the obvious solution seems to us to be electric karting,” Stoker said.

“Within the context of the Youth Olympics, we hope to put on a demonstration not only of electric karting, but also the whole issue of safety and motorsport. Once you’ve done that, you’ve put yourself on the map.

“It’s a critical change in the perception of motorsport. We can go to a national Olympic committee and say: 'We were at the Youth Olympics, we want to join’.

“I think it’s one of the most exciting things that’s happened in motorsport for the last 15 to 20 years. It’s superb.”

Motor racing last appeared at the Olympics in 1900, albeit unofficially as part of the Exposition Universelle world fair run alongside the Paris games.

Despite the FIA’s recognition by the IOC in 2012, then-president Jacques Rogge dismissed the idea of motorsport joining the Olympic roster in the future due to its heavy reliance on the equipment involved.

“The games are about the competition for the athletes, not for equipment. Therefore, while having a lot of respect, they will not be included into the Olympic programme,” he said at the time.

Does this mean I have to stop my extensive doping regimen? Or do I need to double-down and go full Armstrong?

Does this mean I have to stop my extensive doping regimen?

Probably. Joking aside, doping is covered in the CIK\FIA rulebook.

They don’t explicitly state why electric. Sort of odd in that there is virtually 0 serious karting done in electric karts. Maybe this is their attempt at changing that?

And what do they mean by “heavy reliance on the equipment involved?” Couldn’t the same thing be said for skis, bicycles, pole vault poles, etc?

Back in my senior year of high school, one of my English class electives was a sports fiction class. One of the papers that we had to write was a “persuasion” piece in order to argue your point of view. My topic was why racing is not only a sport (there were people in the class that thought otherwise) but why it was the best sport. Part of my argument was that chariot racing was an event in the original Olympic Games.

They don’t explicitly state why electric. Sort of odd in that there is virtually 0 serious karting done in electric karts. Maybe this is their attempt at changing that?

And what do they mean by “heavy reliance on the equipment involved?” Couldn’t the same thing be said for skis, bicycles, pole vault poles, etc?

I agree.
I can see how with the right controller karts could be somewhat
equalized for straight line acceleration. That does nothing for handling, either transitional of steady state. I am sure there is enough variance in tires and such to still not be 100% equal.

With all the talk around about environmental issues its no surprise that karting is also heading down this route, I personally can see no issue with it, as it is inevitable. At some point in the future there will just be no petrol/oil available anyway…
The lack of noise or smell of fuel will be missed, but I think in reality not really noticed. Same as the formula 1/ formula E debate. How many people actually get to the track to watch and experience the event contrasted to the total viewing audience on TV must be huge. Formula 1 will eventually be formula E, they would be crazy not to. Electric technologies whether we like it or not will be all that is available in the next 10 - 20 years

After all, do we go racing, or do we go to make noise?