Which is faster? A 250 superkart or a unlimited class enduro laydown?

I mean, I don’t know for sure how classes work in CES enduro racing, so I’m hoping to get some clarification with this post. I’ve seen videos of a 125cc shifter laydown passing superkarts like they were standing still, but not before it itself was passed by a twin engine laydown.

I assume a superkart would have an advantage in twistier courses.

Andre, it totally depends on the track. A place like Blackhawk or Grattan. Super kart wins every time. However, a place like Daytona where areodynamic is premium, the lay down will have more top speed, if they don’t loose too much in the slow corners.

I have 125 shifter lay down, and I can pretty much run with any of the 100cc twin engine karts at about every track. Super karts are 4 to 5 sec/lap quicker, due to power coming out of the corners.

Come to Mid-Ohio in a week and see.

I literally know nothing about laydowns, but just a little insight into superkarts.

What sort of top speeds are laydowns getting?

What sort of top speeds are laydowns getting?

Nik, why are the 2 cylinder karts so much faster?

I couldn’t explain it better then wikipedia:

A multiple-cylinder engine is capable of delivering higher revolutions per minute (RPM) than a single-cylinder engine of equal displacement, because the stroke of the pistons is reduced, decreasing the distance necessary for a piston to travel back and forth per each rotation of the crankshaft, and thus limiting the piston speed for a given RPM. Typically, the more cylinders an engine has, the higher the RPM’s it can attain for a given displacement and technology level, at a cost of increased friction losses and complexity. Peak torque is also reduced, but the total horsepower is increased due to the higher RPM’s attained.

Nik, why are the 2 cylinder karts so much faster?

Twins make about 90-100hp depending who you believe. Singles are about 65.

The singles are derived from a class called ICE (Intercontinteal E) which was intended to be a more economical way of going superkart racing with single cylinder, more commonly found motors like the CR250, RM250 from motocross. Kinda like a Rotax max vs a formula A

Which is faster between it and unlimited laydown varies a lot. Outright speed, the answer is both. Riley will worked with some guys (I think it was Willheim) to make a laydown superkart. It was insanely fast. 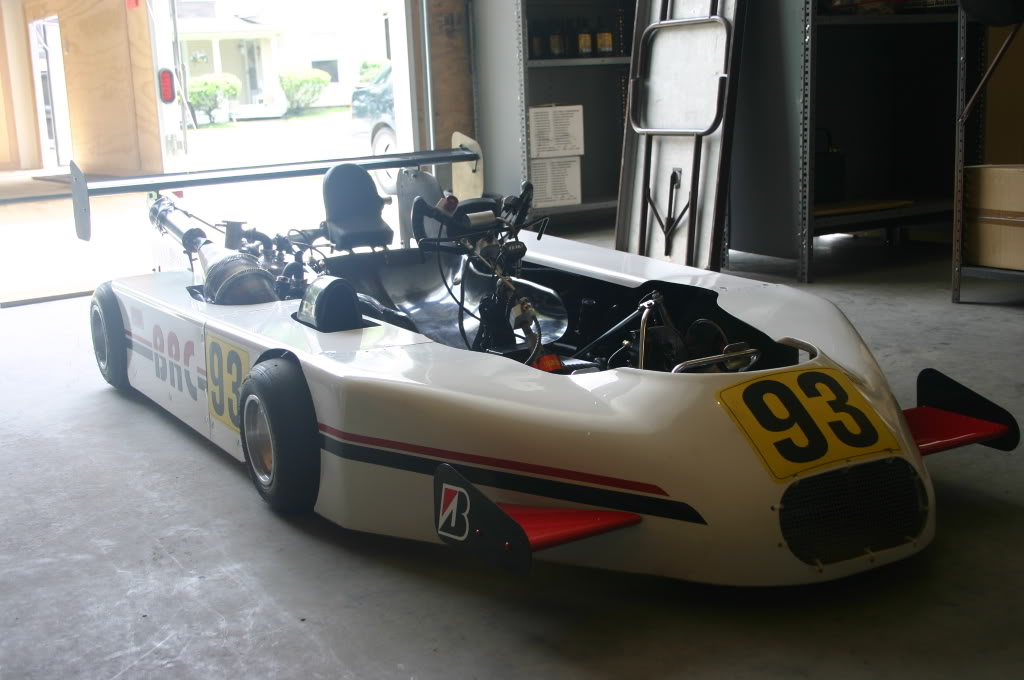 I think b-stock laydown twin around Daytona is 140ish. Jim russell was clocked at 165ish in the BRC laydown at Daytona.

Which is faster between it and unlimited laydown varies a lot. Outright speed, the answer is both. Riley will worked with some guys (I think it was Willheim) to make a laydown superkart. It was insanely fast.

Is a configuration like that still legal under CES rules? That would be the ideal “compromise”

I believe it would come under unlimited. Which is actually limited by displacement.

BRC250 is decent coin though.

BRC250 is decent coin though.

I was thinking CR250 to start with. It would be a long, long build.

Come to Mid-Ohio in a week and see.

I’ve been meaning to stop by and check the karts out, but every time I try I end up having some other commitment and can’t go.

Blackhawk is really close to my house, so I would rather stop by there. Love that track, too!

Very few enduros run the CES series. Many, many more run AKRA. We will be at Grattan, MI on July 15&16.

Very few enduros run the CES series. Many, many more run AKRA. We will be at Grattan, MI on July 15&16.

Yeah it’s a shame we don’t have more Laydowns in CES at Blackhawk and Gingerman. Mid Ohio will be pretty badass if last year is anything to go by.

I mean, we don’t have any at CES because they prefer to show up to AKRA. Why?

Probably more to do a geography and the tracks in each of the series and anything else. That’s my guess

Note to self, text to speech is not good.

“Yeah I run the unlimited class in road racing.”
“Oh really, have you ever thought about putting (xyz engine) in a kart? I bet it’d be super fast.”
“Nah, can’t do that. The displacement is more than the rules allow.”
So many logics here

Nah, can’t do that. The displacement is more than the rules allow."

True. Although if you have a chat with the organizers they will usually let you run something bigger than 250/450 if you’re a competent road racer. Jonny West was testing a Gixxer (I think it was a gixxer) “TaG” for a while. Absolutely nuts. He brought it to Miller in 09.

Driver and set-up are factors too.

Driver and set-up are factors too.