Can somebody tell me what engine this is? The advertisement has it listed as an iame leopard, but it looks like a ka or a kpv. 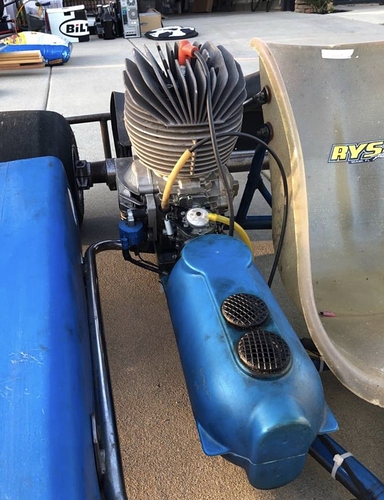 It’s quite possibly an aircooled leopard. There was a short run of those in the mid 2000’s.

Perfectly fine for turning laps with, but could be difficult to find a racing class for.

I think you’re right James. Air-cooled Leopard aka EasyKart. Was marketed as a global spec series by Birel and IAME and was popular in the mid 2000s. As James noted, there won’t really be anywhere for you to race it in organized series, but a perfectly fine engine for practice and lapping.

Dozens of engines have had the same top fin pattern over the years, easy to get confused on which is which.

Ah gotcha, thank you guys. The top of the engine really threw me off.

There’s a lot of visual differences to the VLR. Look at the shape of the fins on the head for example. There’s a flat piece on those easy kart engine on the front.

Fins on the barrel are a different shape on the VLR too, having more flat sides for example.

Oh ok i was thinking that id didn’t look like a vlr.