Hi guys, is anyone familiar with the way this works with data off mychron 5? Is the calculated hp accurate enough to compare two engines ?

Anyone have any experience with this?

HI Chris! I use it occasionally to compare two engines on the same day so that you are limiting the variables. It can confirm suspicions sometimes. I don’t think you could use it to produce accurate numbers but you can get an impression for the difference in character between two engines

Thanks for that Terrence. So from your experience across different engines on the same day, same gearing, same jetting the curves are similar?

Yeah the curves are pretty similar. The last time I did it the motor that produced better performance had a significantly higher peak power…

But I haven’t used it to choose between engines without having lots of other data to back it up - it just makes for an interesting confirmation of already existing suspicions.

Hi Terrence, well this is exactly what I’m seeing when comparing my data with a buddies, the data is from two different days but similar conditions. He is geared and jetted differently though. Have a look at the attached pics. See how his has that peak up top?

These are rotax senior pre Evo engines. He is using 12x86 gearing and I am on 11x83, the track has two really sharp slow hairpins and the straight isn’t that long…my thinking was to gear it really short to pull a gap on those hairpins and also maybe half way down the straight before giving up some speed, but in hope that I gained more on them than I gave up, yet this was not that case at all…even with my short gearing they are more or less even with me on those hairpins and then way quicker down the straight. If you look at the curve, he is revving only to 13200 rpm while I am using the entire powerband of the engine and revving to 14200. You can see I am seeing the second power bump of the rotax engine while he doesn’t even begin to see this. His main power peak is however 3hp on average more than me.

He is on 155 main jet and I am on 165, yes a huge difference but I have tried jetting leaner and my engine won’t pull cleanly to 14200 unless I am on at least a 162. Could it be that they are getting away with jetting so much leaner because they are geared so much longer and not seeing very high revs? This would point to long gearing paired with lean jetting being quicker…have you ever heard of such a thing? 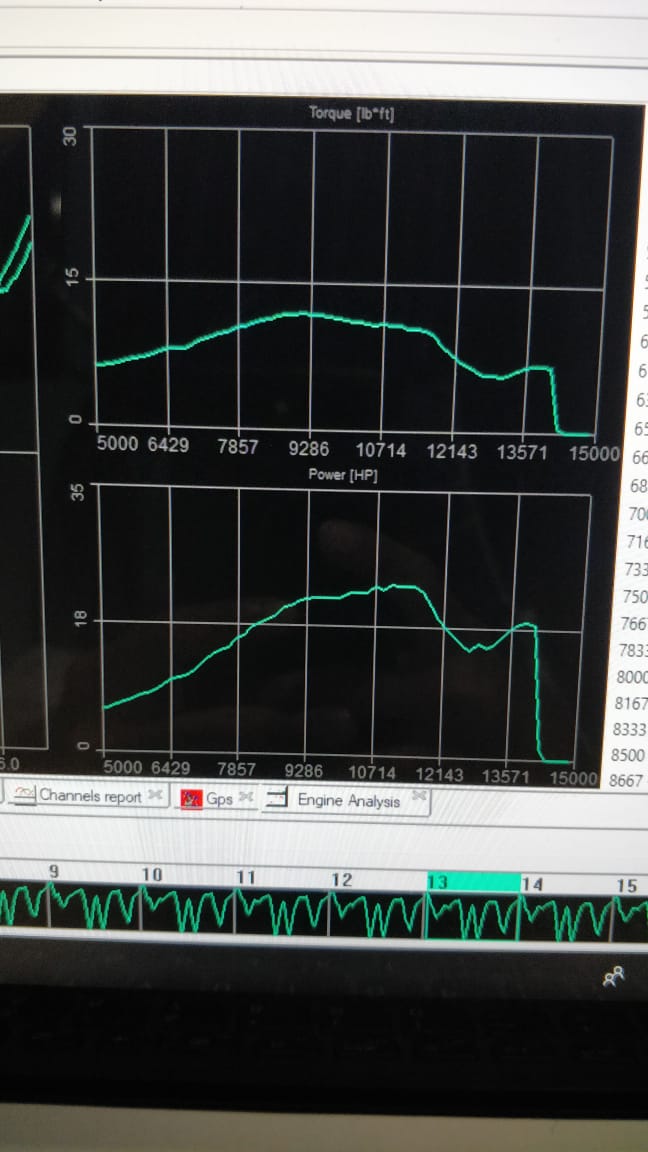 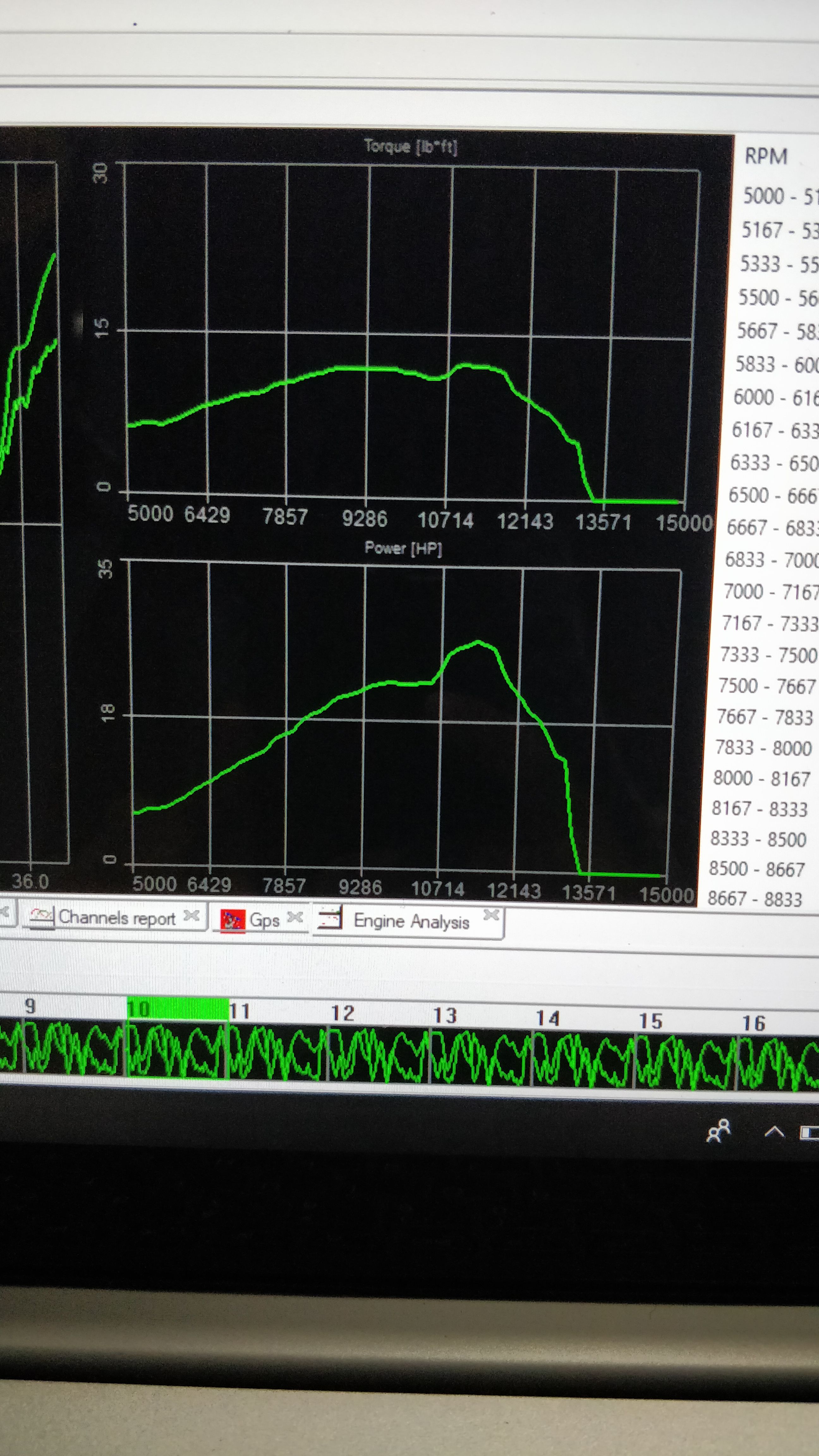 Have you considered going straight to rotax with this conundrum? They have had a representative at most of the races this year as they are trying to get things going in the NE again.