I’ve always wanted to paint a helmet with that ultra black (not sure what actual brand this is), but you can’t clear it, so it would only last for a weekend. Perfect for F1 guys like Vettel who can have multiple helmets a year.

I have some similar black paint at the shop I’ve used for painting my photo backdrops.

Vantablack would be interesting. 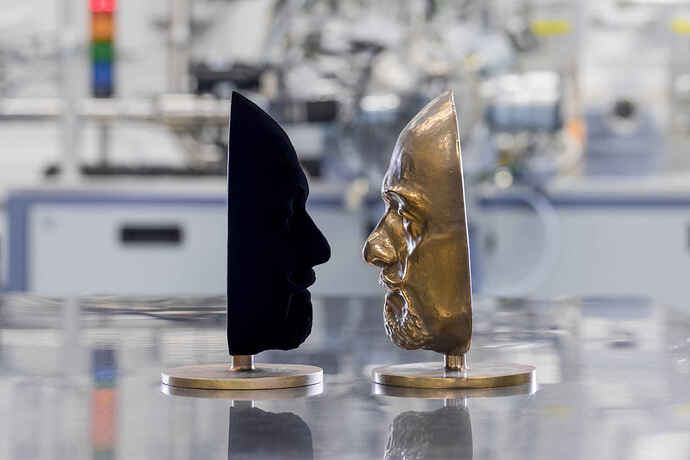 Yeah that’s basically what this Vettel helmet is, just not sure if it’s actual Vantablack. As far as I know you can’t buy or use Vantablack unless you’re a government contractor or you’re Anish Kapoor who has exclusive artistic rights to it somehow.

Might have to buy some to experiment with. I have Black 2.0 and Black 3.0 from Stuart Semple which is an acrylic based super matte black, but isn’t really usable on a helmet.

It has some gloss to it. Has some weird orange peel. 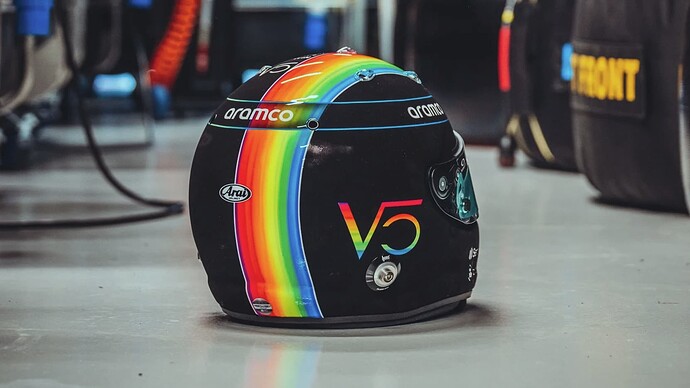 I don’t think that’s light reflection because the rest of the helmet is so flat. That could be some dirt or dust. With paint this matte, it attracts so much dust that’s probably what it is. In his Instagram post there is zero reflection from the photo lights.

On JMD’s Instagram they say it’s super-black with “99.9%” light absorption. 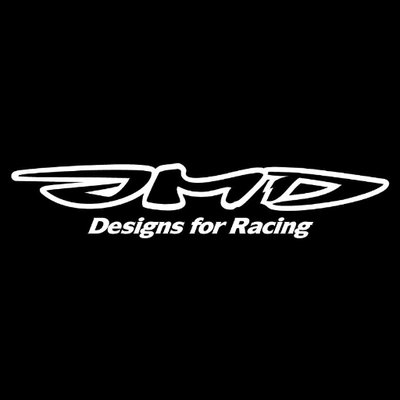 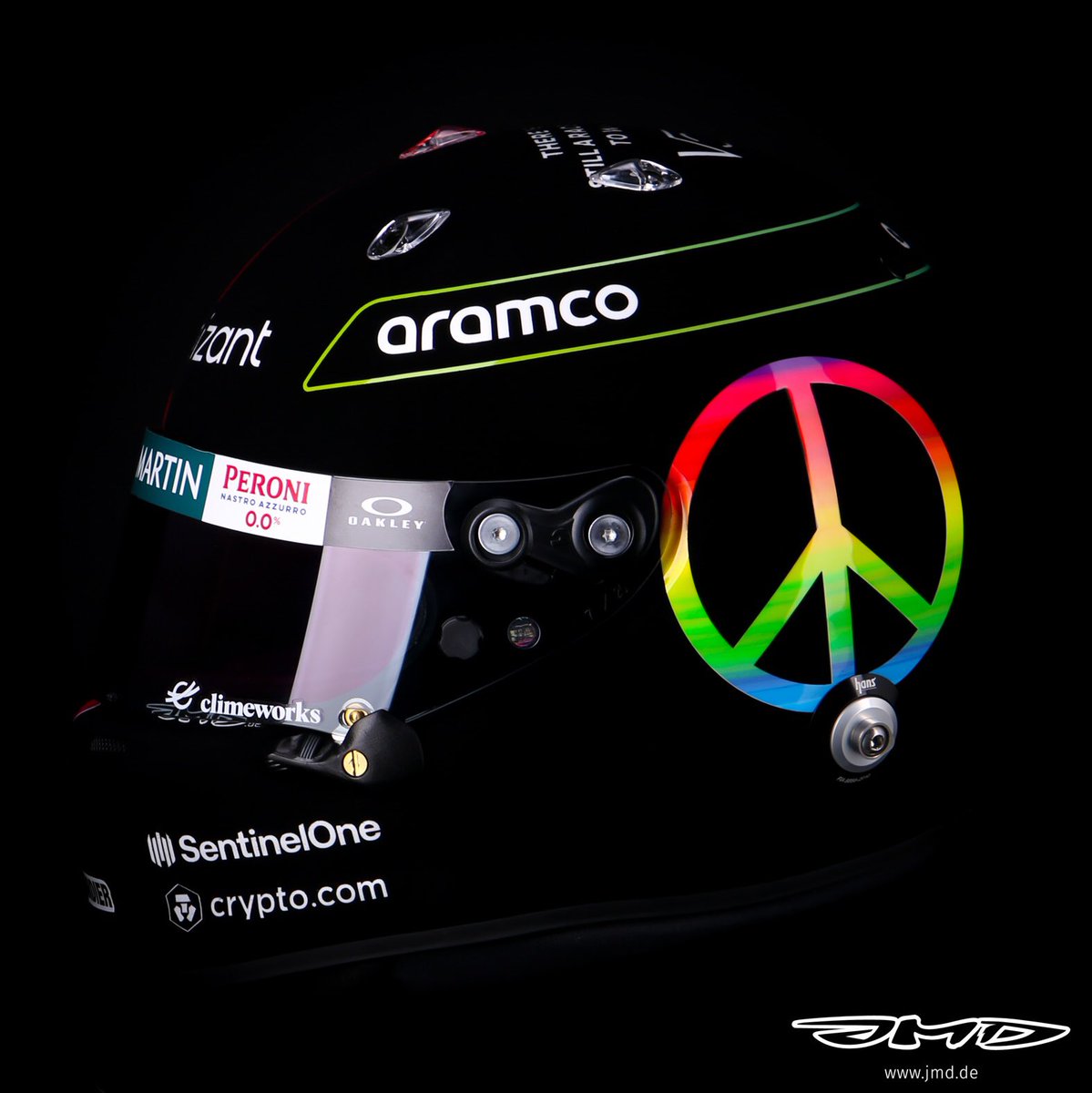 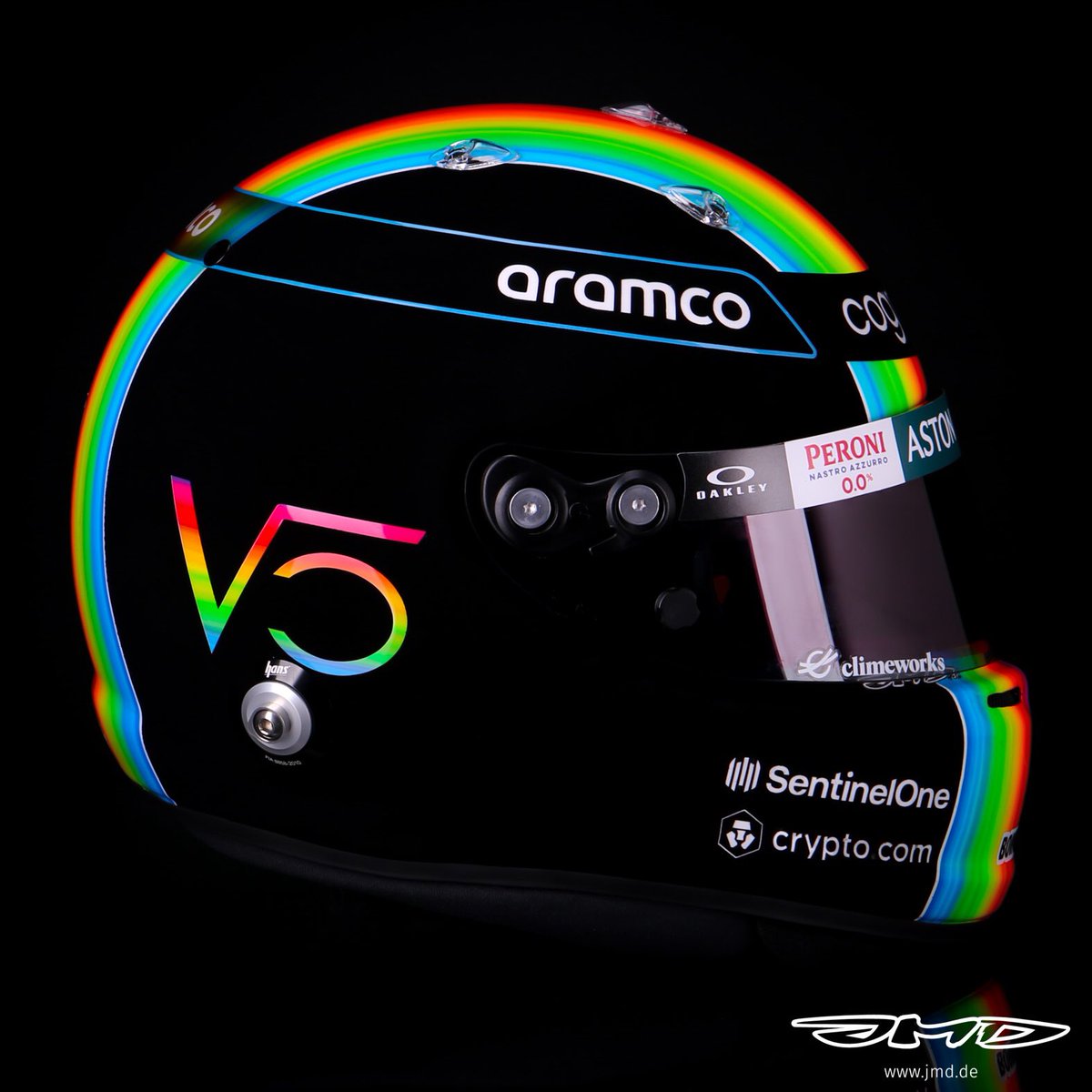 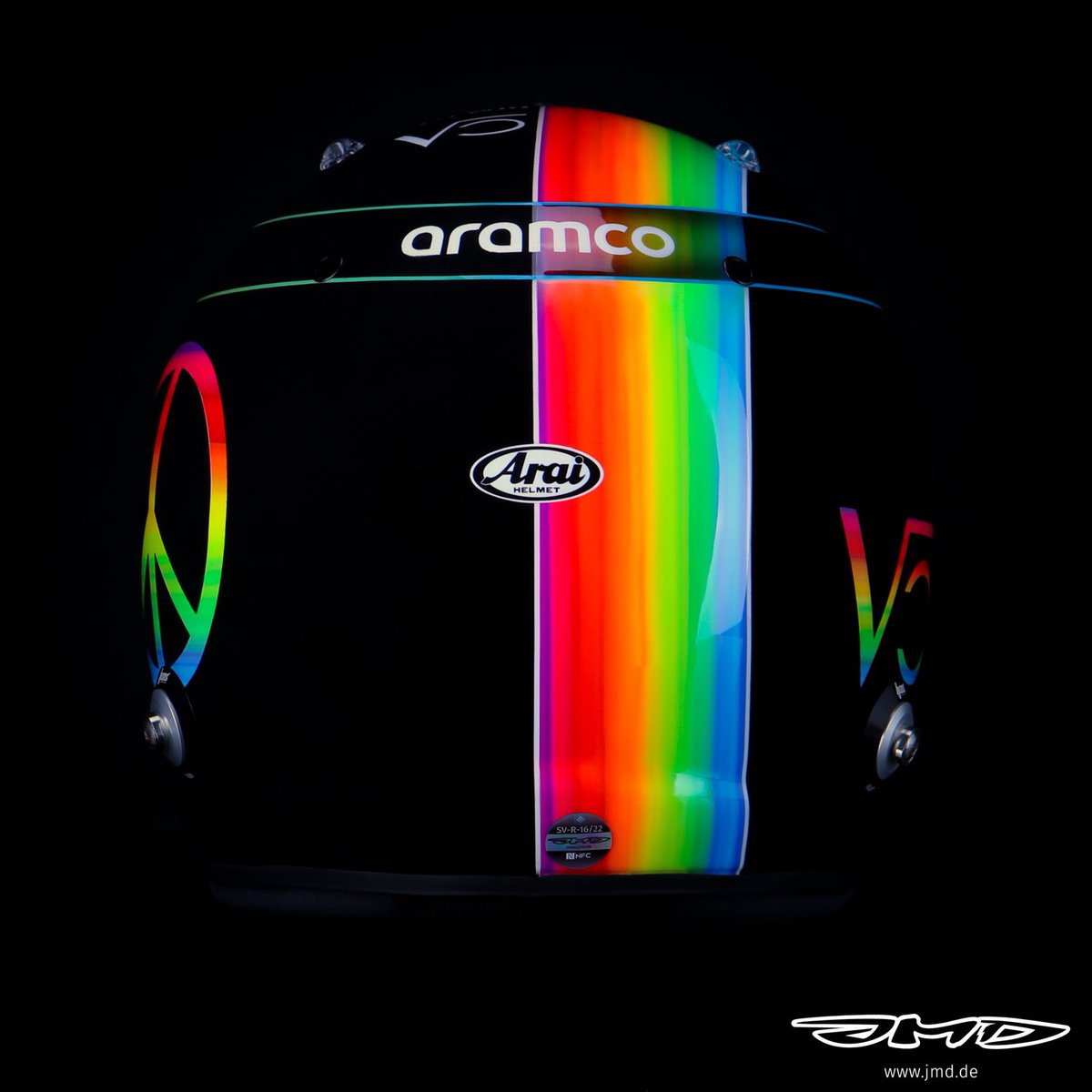 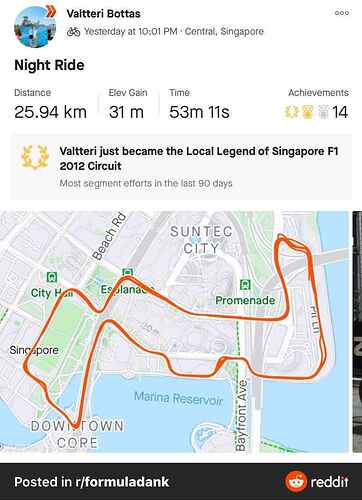 Last tangent then I’ll go back to lurking at meme’s. Best Vettel helmet? Only answer was the 2012 Singapore helmet with the LEDs! 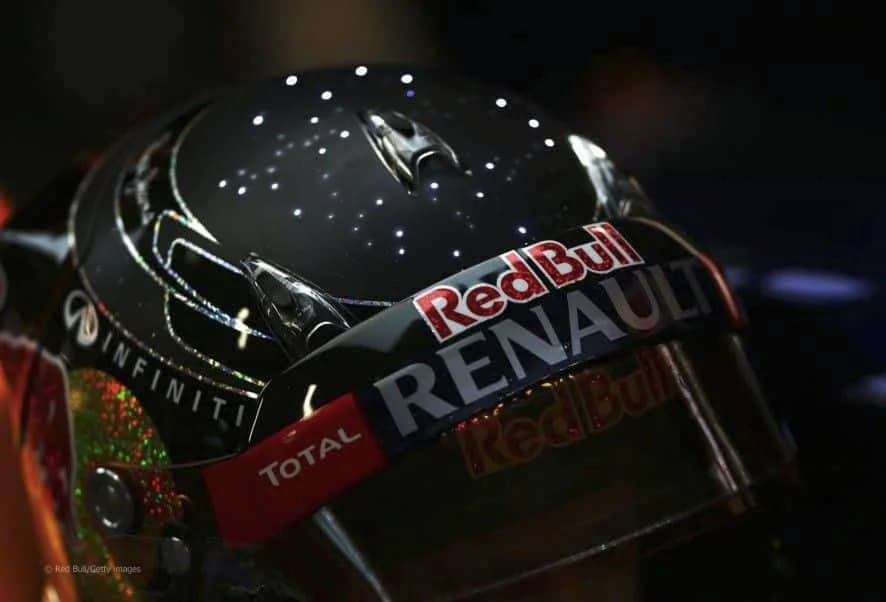 I really enjoyed the lead up showing drivers working out in heat to get ready for Singapore and the final clip was Valtteri in his sauna naked drinking a beer. I can’t find it. But I like that vibe.

Have had many requests for similar over the years. Certainly a cool one! His night race Red Bull helmets were always spectacular and looked great under the lights. I’ve seen other drivers do the same at SuperNats too.

I did a few light kits on my own helmets but they never turned out very good and I never really got to use them.

While I know it’s probably fine. My inner safety-nerd alarm goes off drilling holes in the helmet for lights. Maybe they had some very small surface mount LEDS and circuitry, but the obvious way to me is drilling tiny holes.

There’s no way there were holes drilled. The FIA wouldn’t allow that. Any obvious modification to the shell’s structure would result in the helmet being sawed in half and thrown out.

They even get a little touchy when you take the padding or trim pieces off to paint. The rules regarding actual modification to the helmet are super strict.

Yea I wouldn’t think so, but not anything obvious on the exterior. Probably didn’t like the battery they placed inside the helmet either.

Why do they even bother with mirrors on Latifi’s car? Just save some weight and remove them. 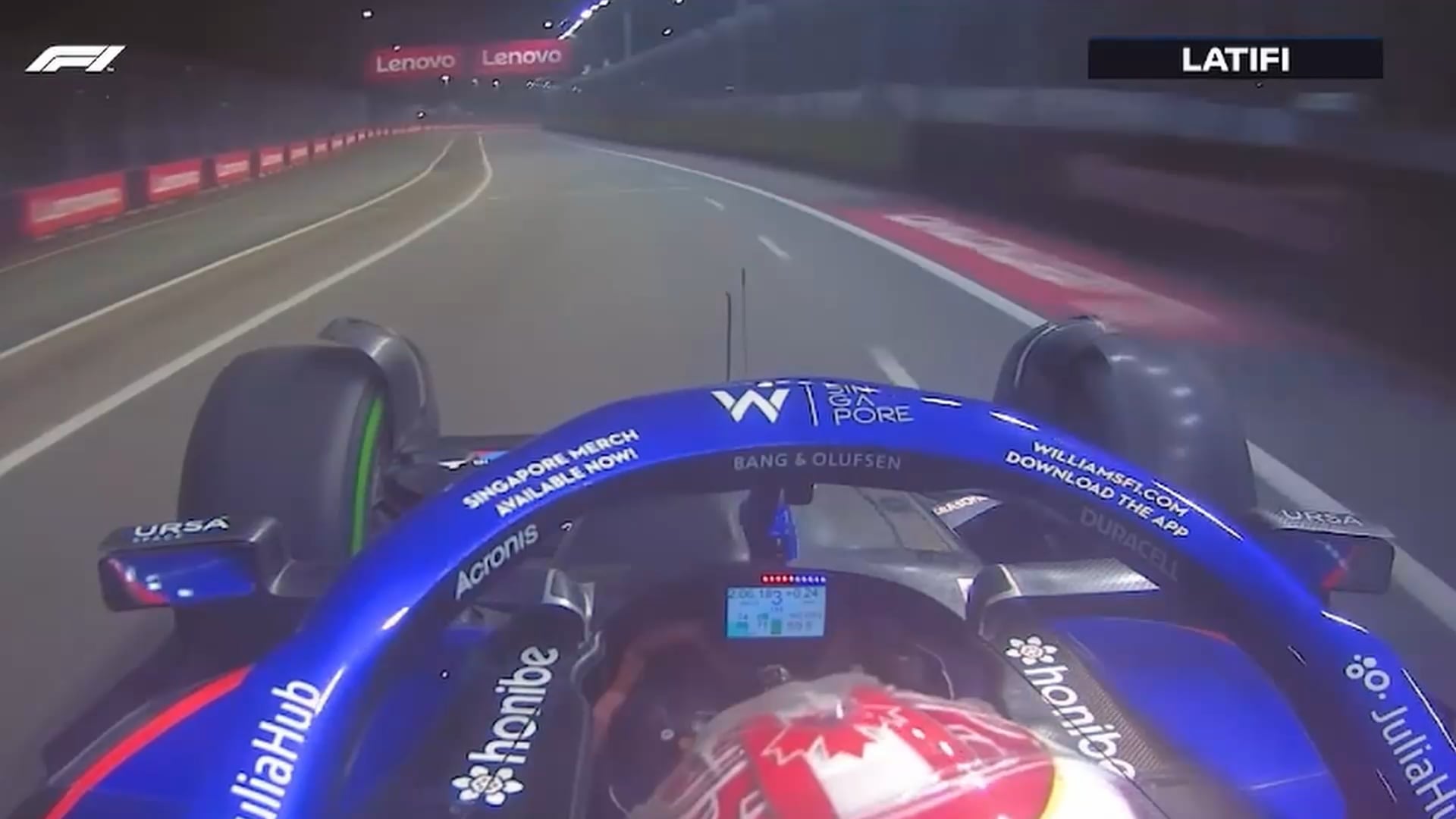 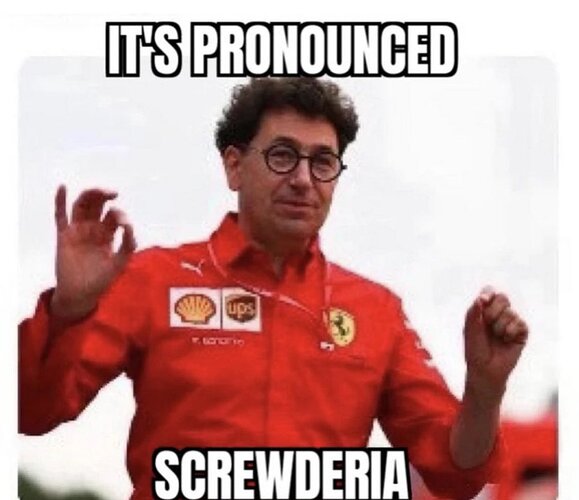