I finally pulled the trigger the other day and bought a kart! It’s a coyote chassis with a lo206.

Keeping in storage for right now while I get some space cleared out here for it. I’m bummed that I bought it right at the end of the season at the local track, but it sounds like the owners will let me in a couple times still. Maybe I’ll just drive it around the storage units!

I can’t tell if the chassis is is the wide track or the xp, since it looks like they are very similar. Either way, seems to be a great kart either way.

Anyway, just super excited so I wanted to share!

Good looking kart. You’ll have a blast in 206. Coyote has amazing support and those chassis are fast.

Exciting! When is the first day you drive it?

I’ll take it out to open practice this weekend, but it’s the last weekend the track here is open. I’m in Michigan, short season. Then I have to sit and stare at it for the next 5 months…

It’s ironic that the best time of year to buy a used kart is also the end of the season.

Just be VERY careful if you decide to drive it at the storage units. Usually the alleys are narrow and there are a lot of things to run into, like buildings that don’t move.

You have far more control than I.
There is no way I could get a new Kart and not have it literally on top of things if there wasn’t enough room.
Enjoy the ride

@Craig_Stubbs Yeah I decided not to do that… I drove it for the first time yesterday doing a one-on-one class and was able to work up to opening it up quite a bit around the track. There’s no way I could drive it around the storage units fast enough to have any fun now! The track owner said they’re going to stay open a few more weekends for open practice, unless we start getting snow, so I’ll have more time to keep driving.

@MontanaShifter Yeah… well to be completely honest I mainly put it there to lessen the blow when telling my wife I bought a kart. One less reason for her to tell me it was a bad idea. However, she was actually cool with it. Just when I think I’m starting to figure her out…

@Bimodal_Rocket The track is actually going to stay open a few more weeks now. Just enough time to get really hooked on it before putting it up for the winter.

Here’s the track I ran it on in East Lansing yesterday. I did a three hour school with the owner and learned a ton. By the end I was pushing it hard enough to learn the limits on a couple of the corners. Spun out and got it stuck on the curb. At least now I know what it feels like when I’m about to lose it. 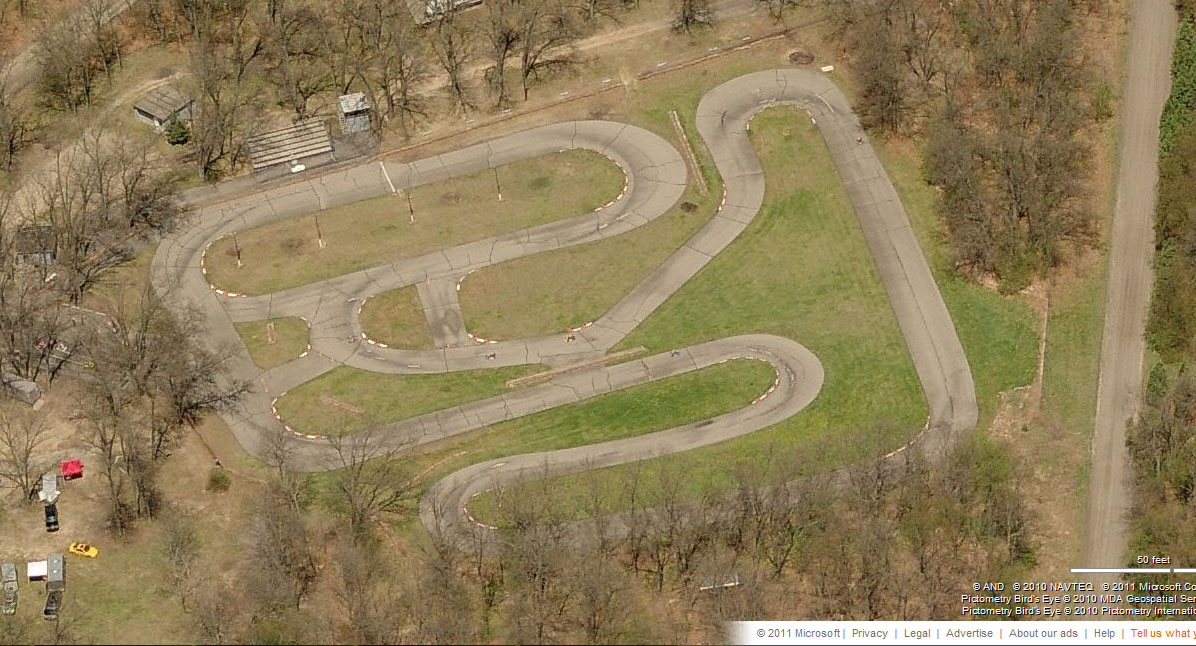 That’s a very cool club track. Wait till you get to try cold AND wet tires. Spin central. Good fun.

Glad you got to put it through its paces and learn a little bit.
It is a nice looking kart.
We are lucky here in North Florida. We get to race all year long.

There’s always the option of driving south as well to some warmer weather to get a little driving in winter.

You made the right decision to avoid the storage area. Public roads and places like that have caught even very experienced drivers out, with the ultimate consequence unfortunately

Here’s a clip from my first time out. This was about midway through the lesson. I got a little faster toward the end.